After losing five classmates in less than three months, the community came out to show their love and support to Austin-East students headed to prom. 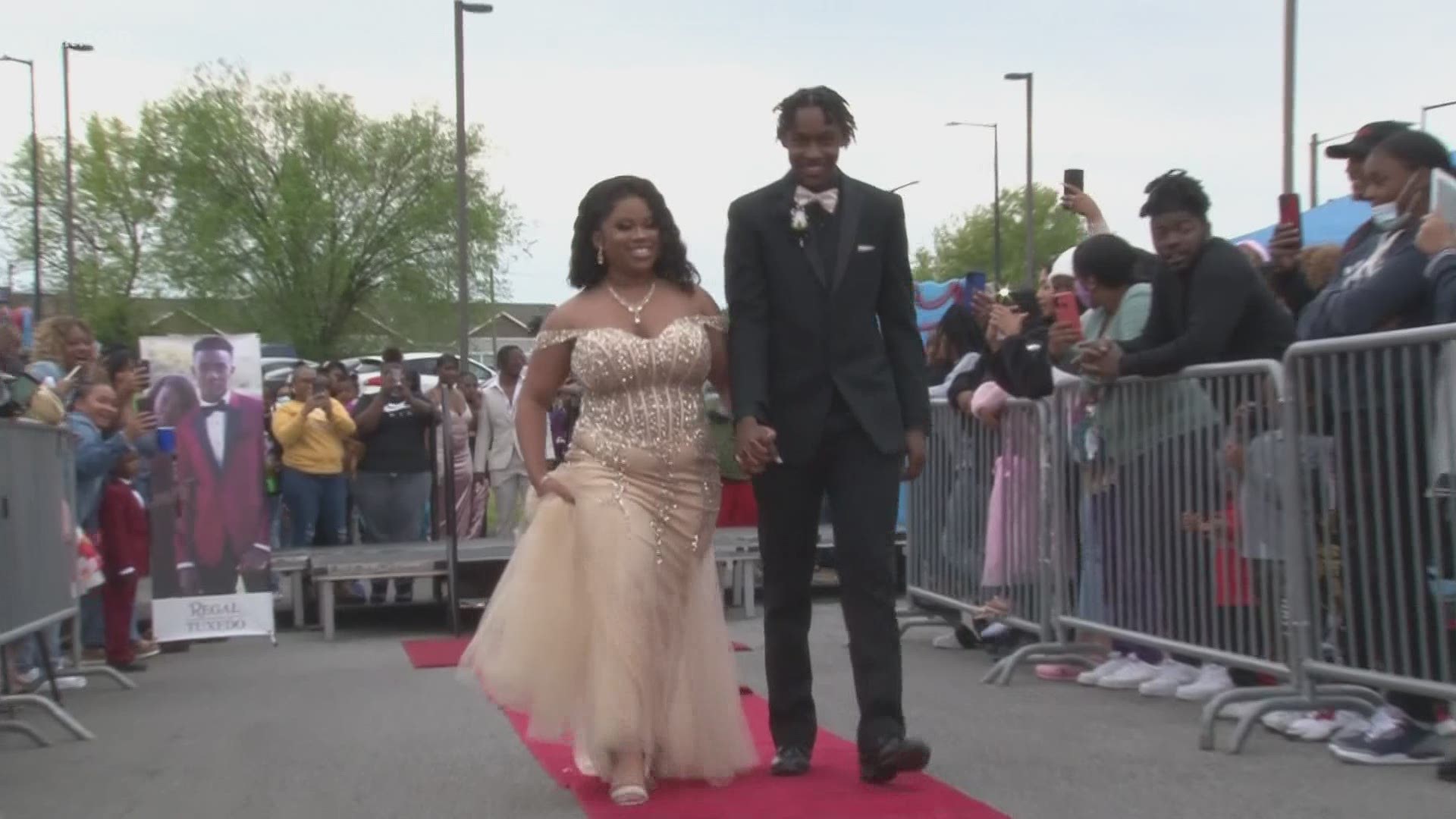 They were given a prom in true Hollywood fashion, with attendees dressed to the nines. Many said they were excited to dress up and celebrate the evening after the community went through such tough times.

Several students were lost due to gun violence, and an officer-involved shooting killed a 17-year-old student in one of the school's bathrooms.

"We needed something like this very much," one student said. "You got to tell your kids about this, you know what I'm saying?"

One of the organizers of the event, Yvette Rice, said the celebration was bigger than prom. It wasn't just to celebrate all the accomplishments students' made in class over the last year.

"Today is not just about prom. You will see some of the most beautiful men and women come down this red carpet who are students at Austin East High School," Rice said.

Over the last three months, students at Austin-East have experienced tragedy after tragedy. For some of the community, seeing so many tragedies repeat has turned sadness into fear.

"A person they knew so well could get shot there. They're thinking, 'I could be next,' me too matter of fact," said Breshieyah Glenn — a student at the school.

But today, the script was flipped as the East Knoxville community came out to put smiles on these students faces.

During the event, the school honored the kids lost and gave flowers to their families. They also rolled out the red carpet for kids who were just searching for a good day after so many bad ones.

"It gives us hope, knowing that everything is going to be okay despite it," Glenn said. "Today is all about having fun."

For many schools, prom may be about gathering to celebrate the end of the school year. But at Austin-East Magnet High School, the prom was held in hopes of giving the community hope that better days are ahead.

It is meant to show the students that they are never alone and that their community stands with them.

"We are out here, here for you. We want the best for you and we are putting our arms around you today and from here on out, every day," said Rice.