Officials said more than 60,000 sick and injured children receive emergency care at the hospital each year. 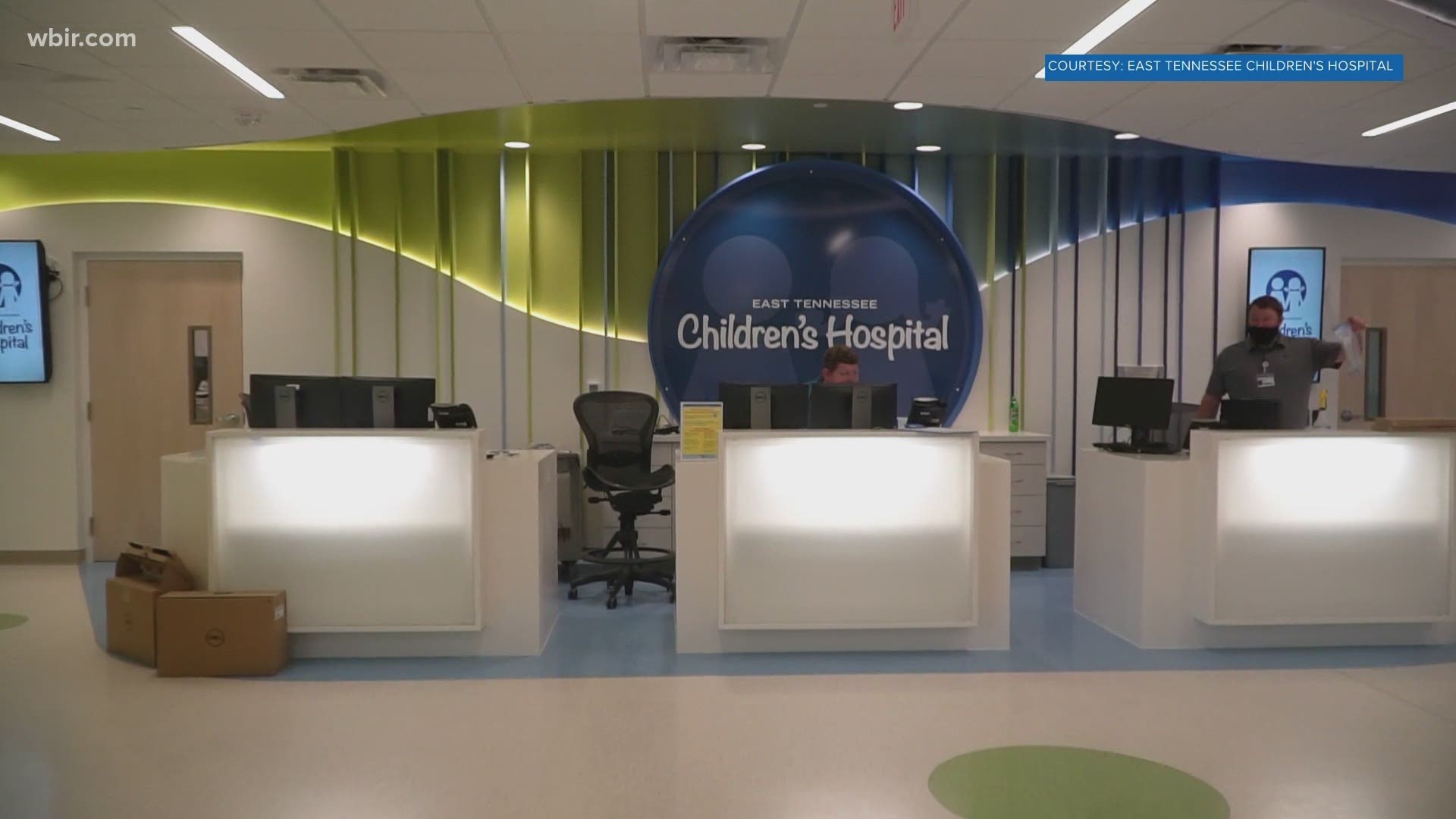 KNOXVILLE, Tenn. — Families will now be able to use a renovated emergency department as part of a multi-million dollar, multi-year renovation plan at the East Tennessee Children's Hospital.

Officials announced that the lobby was open to patients Wednesday. It was expanded to allow for safely separating sick and injured children, while also creating a bright and comforting space for everyone. More than 60,000 children receive emergency care each year at the hospital, officials said.

“This renovation is just the beginning,” said Dr. Ryan Redman, the emergency department medical director. “The lobby is the front door of our hospital and should be a welcoming place for children and families."

Officials said they are still putting the finishing touches on all parts of the department, after construction began in September 2019. It is scheduled to officially wrap up in the fall.

The renovations will include dedicated trauma rooms, exam rooms for increased privacy and sensory-sensitive rooms. It is also meant to improve efficiency and patient flow, helping people spend less time in the lobby.

The ambulance bay is also being relocated as part of the renovations with separate patient intake and exit areas.

The project will cost a total of $14 million, with $10 million raised from community donations, according to a release from officials. The newly renovated emergency department will be named the Pilot Emergency Care Center in honor of the Haslam Family and the Pilot Company, which donated $5 million for the project.