Lacey Davison doesn't call herself an artist, but she's found peace and joy in hand-painting rocks to surprise her Fountain City neighbors. 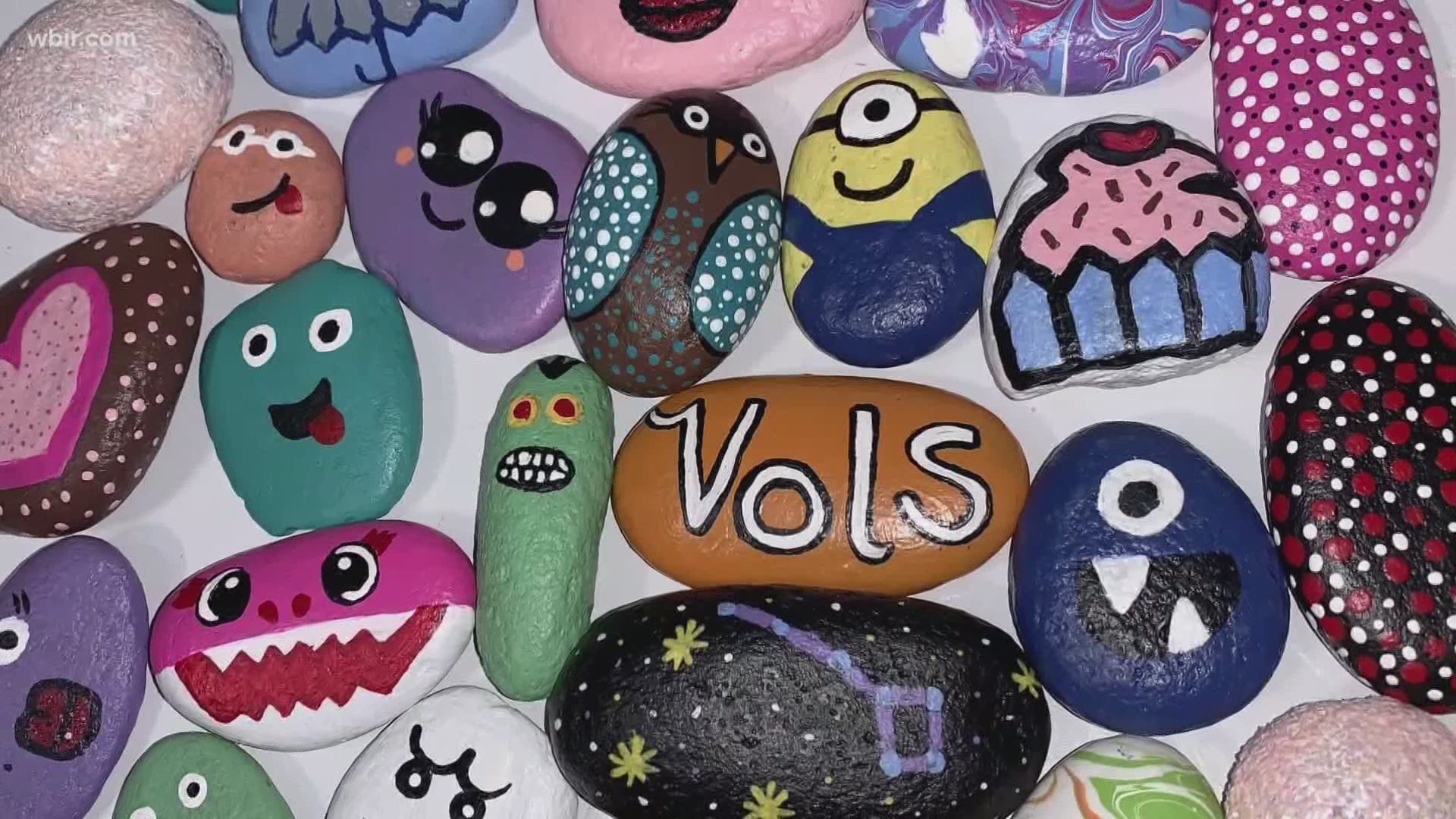 KNOXVILLE, Tenn. — Rub two rocks together and they may spark.

When you paint them though, they spark joy.

That's what Lacey Davison learned, though she doesn't call herself an artist.

"I was gifted some art supplies, and that included a box of acrylic paint," she said.

But when life handed her a box of paint, she didn't look for a canvas. Instead, she looked at the ground.

"I didn't have a canvas or anything to paint with, so I found some rocks," said Davison.

As it turns out, she has a knack for turning a dull rock into a piece of art.

Ladybugs, monsters, minions from Despicable Me, Plankton from Spongebob Squarepants and even Baby Shark are all some of her designs.

RELATED: Not so random acts: Science finds that being kind pays off

Davis and her almost-3-year-old daughter Jasmine have painted around 70 rocks that they bring to the Fountain City Park and Duck Pond so that people can find and keep them.

"I wanted to remain anonymous at first but I got so excited that somebody found it and they liked it," she said. "I was like, 'I made it!'"

Davison said it's all about spreading joy.  However, that can be hard for someone who knows what it's like to be between a rock and a hard place.

"Me and my family were very close to being homeless," said Davison. "We had a family friend who took us in and she was actually the one who provided us with the paint."

All the rocks are painted in the small Fountain City basement that Davison's family shares. She said it's where she's learning joy is something everyone deserves.

"My life has been completely turned around and the rocks are just one more extra little sprinkle of sunshine," she said.

From rock bottom to rockstar, Davison hopes people get as much from the craft as she does.