Historic Eastport Cemetery to be remodeled, after being overgrown and mostly abandoned

The Historic Eastport Cemetery is the burial site for many Black families, with some plots dating back to before the Civil War. 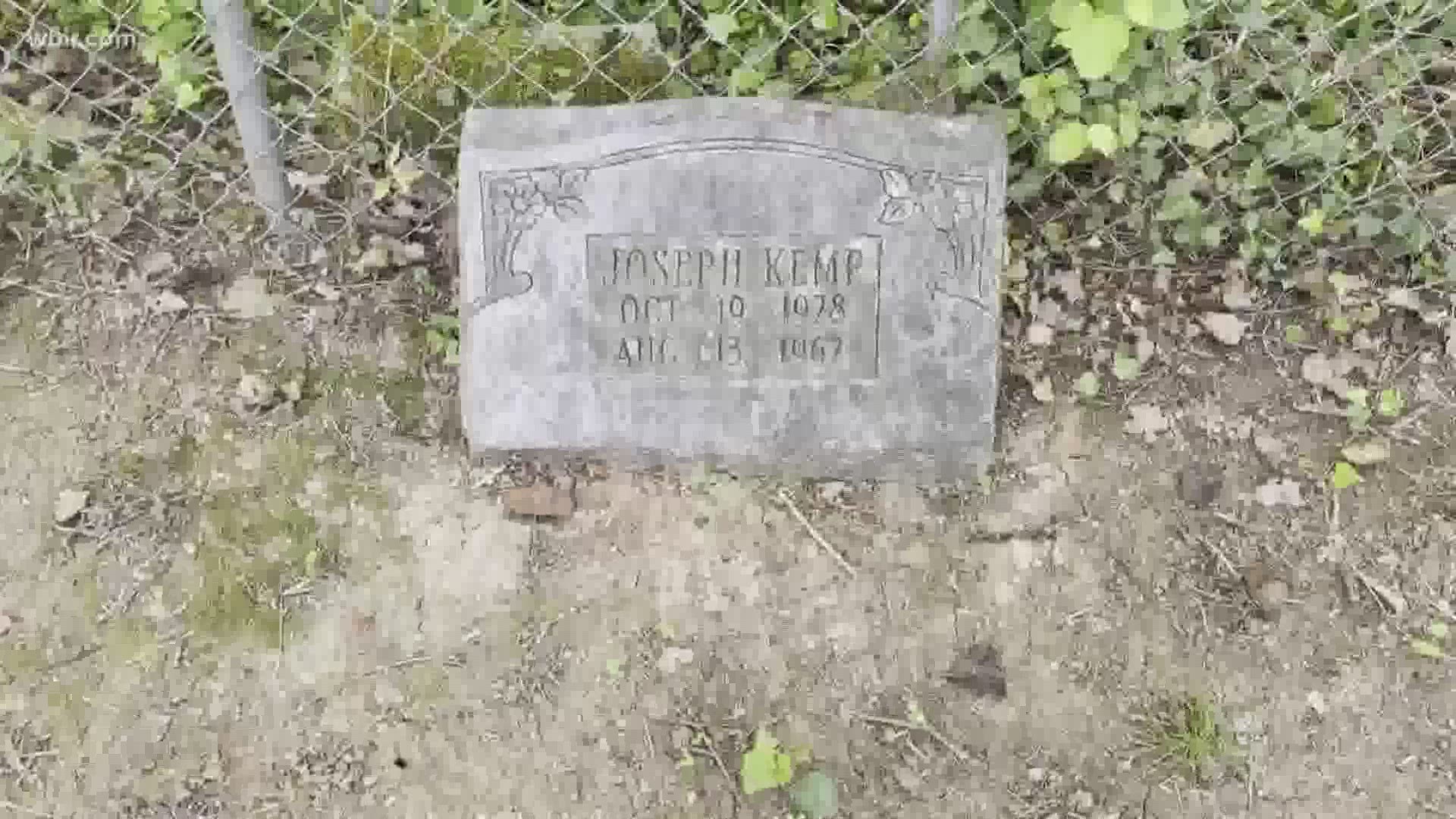 KNOXVILLE, Tenn. — Driving down Fuller Avenue in East Knoxville,  it's hard to notice what's hidden in the trees — gravestones.

Knoxville’s most influential members of the Black community lie underneath trees and debris, according to George Kemp. He said he has family buried in the area.

“The early African Americans who contributed to Knoxville, but East Knoxville in particular, are buried in this cemetery,” said Kemp.

It is Eastport cemetery, and it dates all the way back to the 1840s with Black families buried there, including Kemp's family. Loved ones would bury their loved ones in the cemetery and it was up to those families to maintain their plots, but as many members of the community moved away or even died, some plots became deserted.

As a result, Kemp said the cemetery has become overgrown with brush and trees.

But there is help on the way. Trees Knoxville made a few phone calls, and a landscaping company is taking on the project to remodel the cemetery.

“And so when we got the call from Trees Knoxville and were told about the project, we were enamored with it,” said Josh Formont, marketing manager at Earthadelic Landscaping and Construction.

The company said it will work on reclaiming what was lost, clearing away the brush and cleaning up the cemetery after many years of being left alone.

“And then when we were able to come here and see what has been left untouched for so many years, we knew that we really wanted to do something about it and to help George and his group out any way we can,” said Formont.

The work will begin next week. It’s the first time the company has worked on a historic preservation project, and they said they can't wait to start.

"We're just really excited to be involved with a project like this,” said Formont.