Instead of machines voters are used to, a new paper balloting system will be introduced. 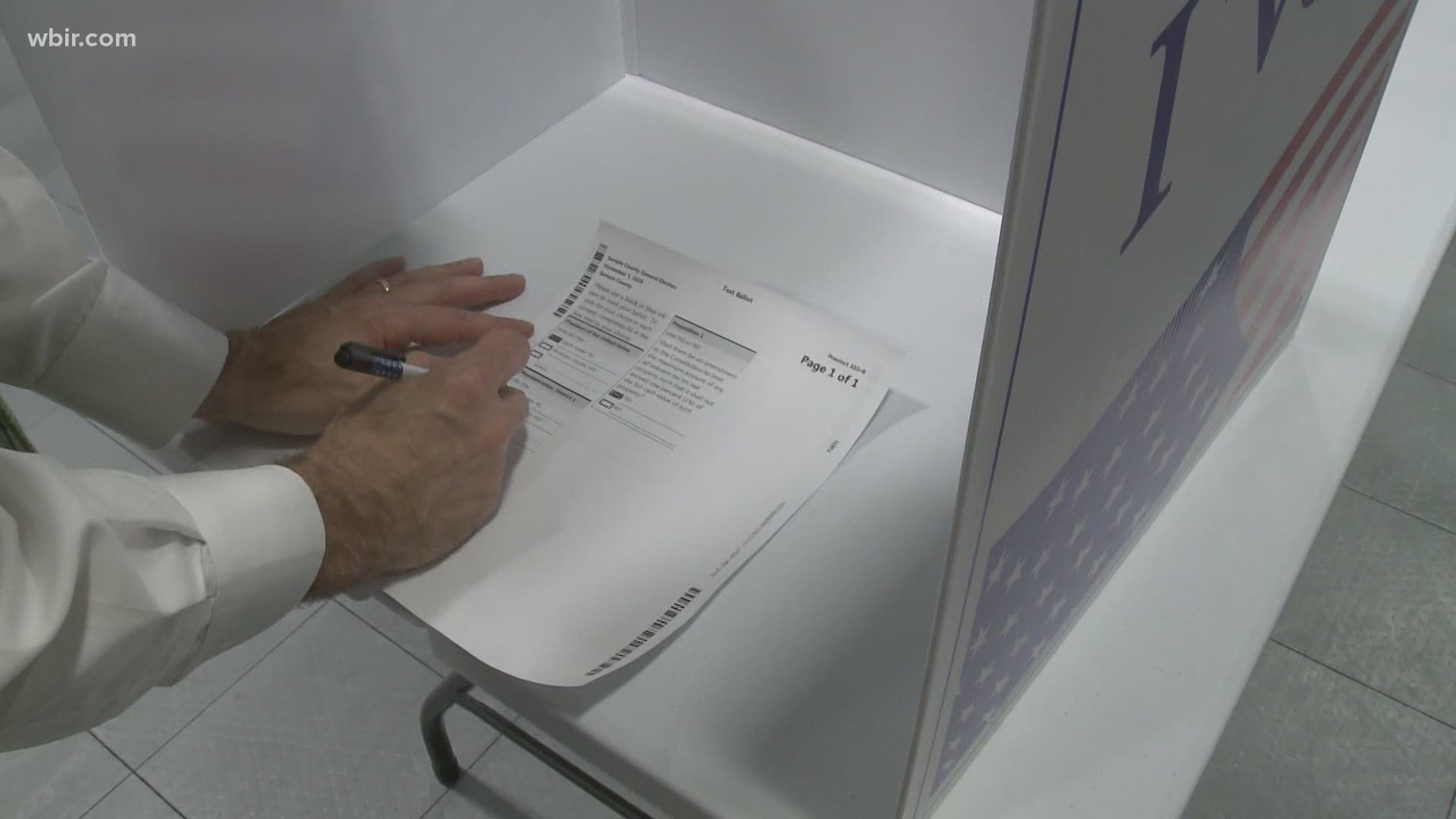 KNOX COUNTY, Tenn. — Knox County is introducing a new way to vote during the upcoming election.

Instead of machines voters are used to, a new paper balloting system will be introduced.

To get people comfortable with the new system, the Knox County Election Commission is holding open houses to teach voters how to use it. One was held Monday night at the Change Center.

The change is more than three years in the making. "We knew we had to do something different," said Knox County Elections Administrator Chris Davis.

"A lot of people may argue it's going back to the past but we argue in this era of COVID-19 not wanting to touch a whole lot of things, it's really a cleaner neater way to vote," said Davis who estimates the process will take up to 4.5 minutes. "We think what will slow people down the most is social distancing."

The process varies slightly depending if you're voting early or on election day. Once you show you're a registered voter and an ID, you'll get a ballot.

"You'll take it to a table, fill it out, look at it and verify that's the way you want to vote, run it through a scanner and you're out the door."

Once voters enter the ballot into the scanner, either a flag pops up saying you're done or an error message appears.

At the open house, a handful of people weren't filling in the box correctly. The scanner will accept fully filled in boxes or an X inside the lines.

"It's been very difficult because obviously implementing a new system alone in a presidential year. Then you throw in COVID-19 into everything else. It's been chaotic," he said and believes if there was ever a year to early vote, this is the one.

"You go next week you can do that but we don't know what August 6 is gonna look like from a weather, health or public order perspective."

Poll workers will be wearing masks and sneeze guards. Voters should plan to wear a mask too. Each site will have them available.

July 7 is the final day to register to vote before the election. July 17 marks the first day of early voting. July 30 is the last day to request an absentee ballot. August 6 is election day.

RELATED: Open houses planned to explain new paper ballot voting process -- and it's very different from what you're used to