'It's really simple, wear a mask' | Knox Co. Board of Health votes to make masks mandatory in indoor public spaces 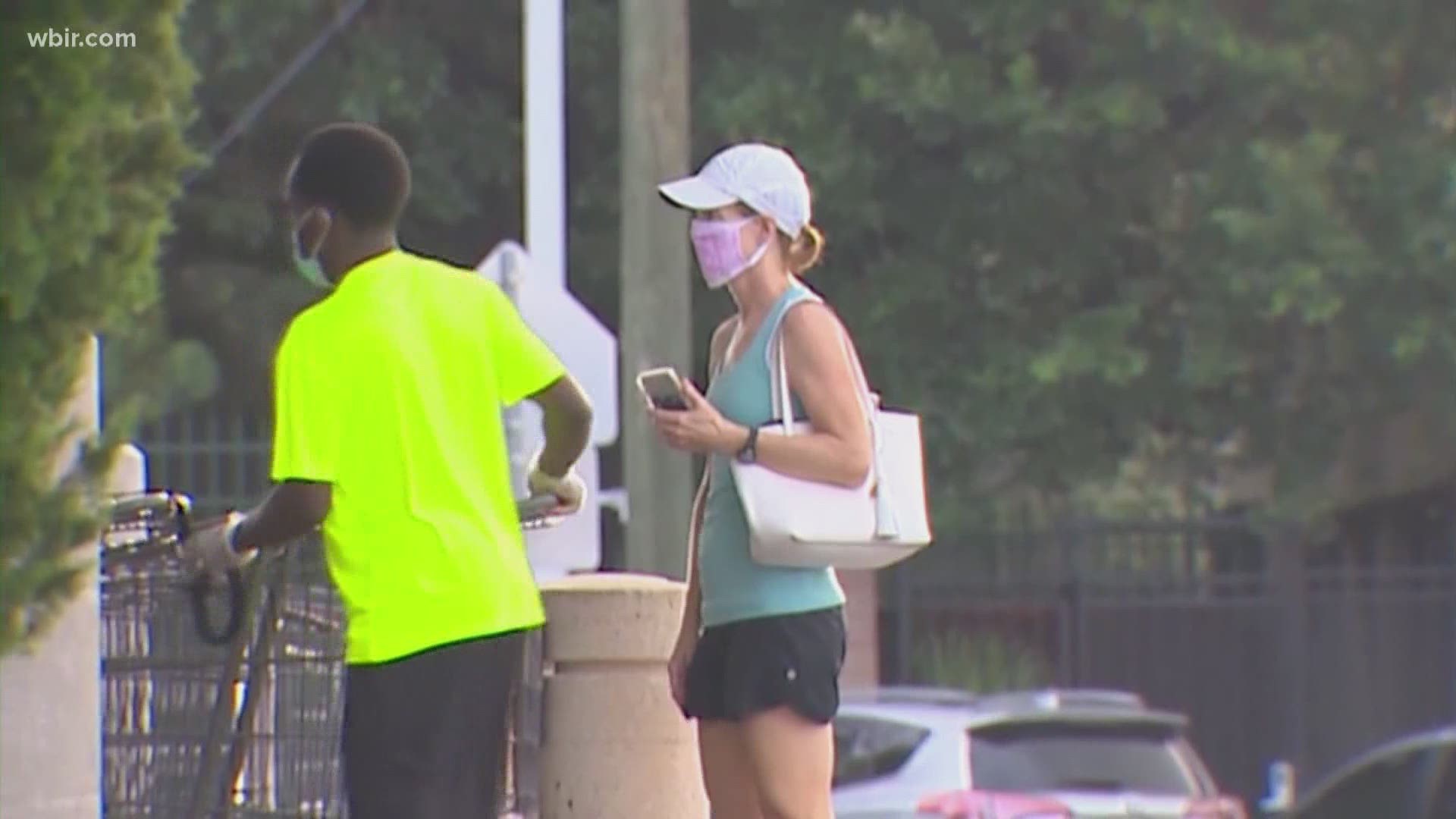 The new policy comes after the Knox County Board of Health voted 7-1 to pass the public health order proposed by Dr. Patrick O'Brien. Knox County Mayor Glenn Jacobs was the only one who voted no.

The policy applies to people 12 years old and older.

It does not apply to people who are outside, at a place of worship or if they're eating or drinking at a restaurant. It also does not apply if someone has a medical condition prohibiting them from wearing a mask.

The Board of Health plans to enforce the policy through education. If someone is seen without a mask, officials will give them a mask and they will be told to wear it.

The board said they do not plan on issuing citations or fines.

The seven-page public health order is complicated, according to Knox County Attorney Myers Morton who discouraged the board from passing the order.

"It's really simple, wear a mask. Generally, if you're inside a place that's not your home and not with your family, you need to wear a mask," she said.

There are exclusions but Jacobs, who voted no, said he sees potential problems from the order.

"It could cause tense situations, especially when you're asking to potentially pull police off fighting violent crime, as well as nationally were seeing some tension between public and police," he said.

The order says that people could be charged with a Class C misdemeanor if they're caught without a mask, but  O'Brien who proposed it said that's not the plan.

"We do not wish to charge anybody with anything," he said. "We want to get people to wear a mask."

The board said the main goal of the policy is to educate people into compliance. However, Buchanan estimates it will take at least a month to see results. The board will re-evaluate the order at every meeting.

But everyone agreed, it's a community effort in the end.

"I wear this mask for you, you wear your mask for me," said O'Brien.

"It's gonna be hard to enforce anyway so it's on the people of Knox County to do that," said Jacobs.