Officials said that members of the community would stand in front of the hospital doors to show support every night through the week. 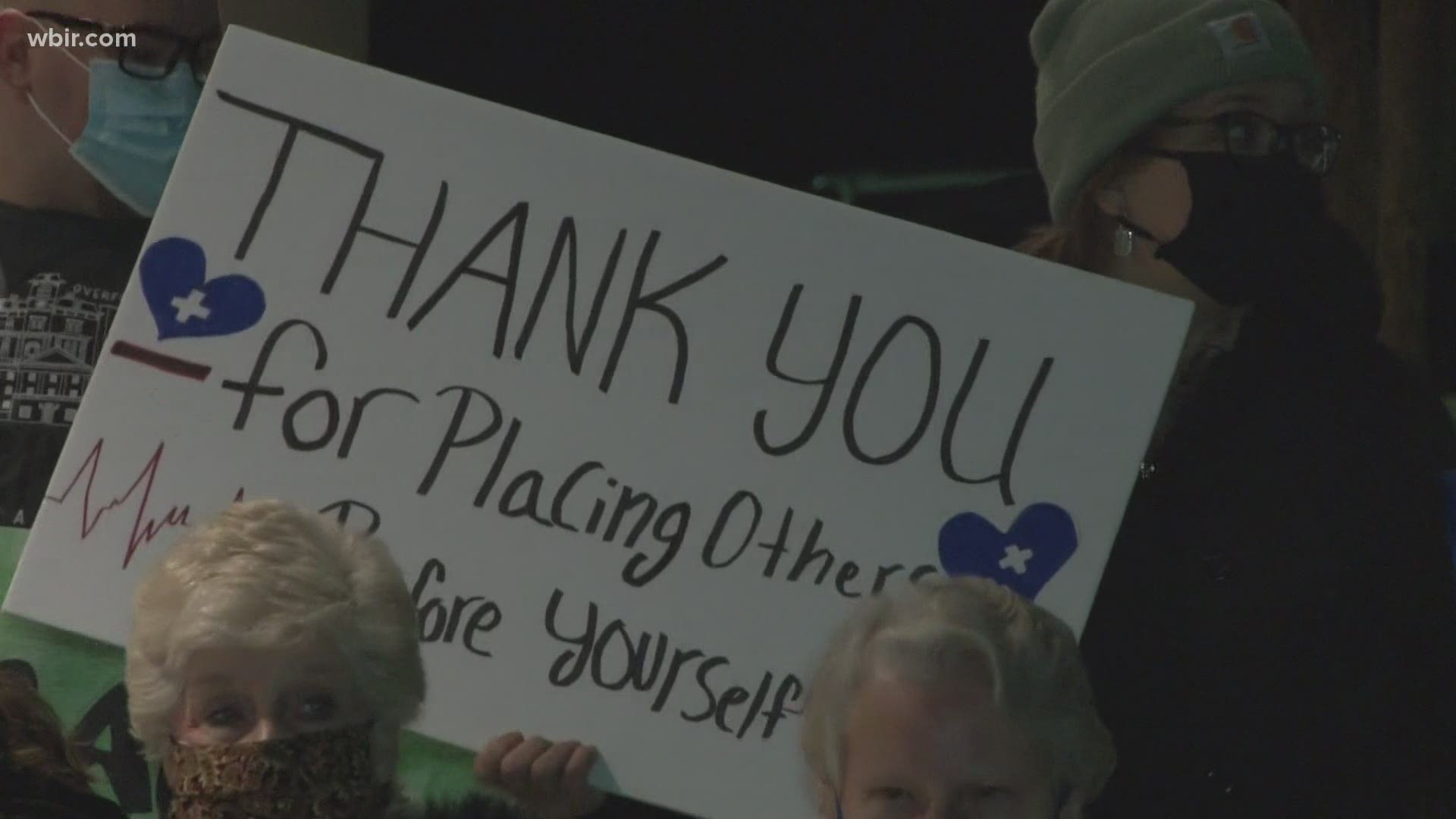 JEFFERSON CITY, Tenn. — The Jefferson City community wanted to make sure that frontline healthcare workers knew that they were loved, so they gathered in front of the hospital doors to hold signs showing support.

Officials said that community members will show support like this every night this week.

On Monday night, groups of people gathered at Jefferson Memorial Hospital to show support. Linemen with AEC showed up early Tuesday morning at 6:45 a.m. to show their support and greet workers as their shift changed. Earlier members of the Grace Point Church showed up.

Even more people showed up Tuesday night to cheer on the workers at Jefferson Memorial Hospital.

"That's what I needed," said Matthew Sams, who works at the hospital. "I think it's what a lot of people needed."

Mayor Mitch Cain declared this week to be "Appreciation Week" to thank healthcare workers in Jefferson City. People from different businesses and organizations across Jefferson City were expected to appear throughout the week.

"Jefferson City is a small county, and it's known for its warmth and its heart," Cain said. "Our people exhibit that time and time again."