Knox County Board of Health extends 10 p.m. curfew for bars until Sept. 3

The Board of Health originally voted to close bars in Knox County for two weeks starting Aug. 3, before changing the order and allowing them to open until 10 p.m. 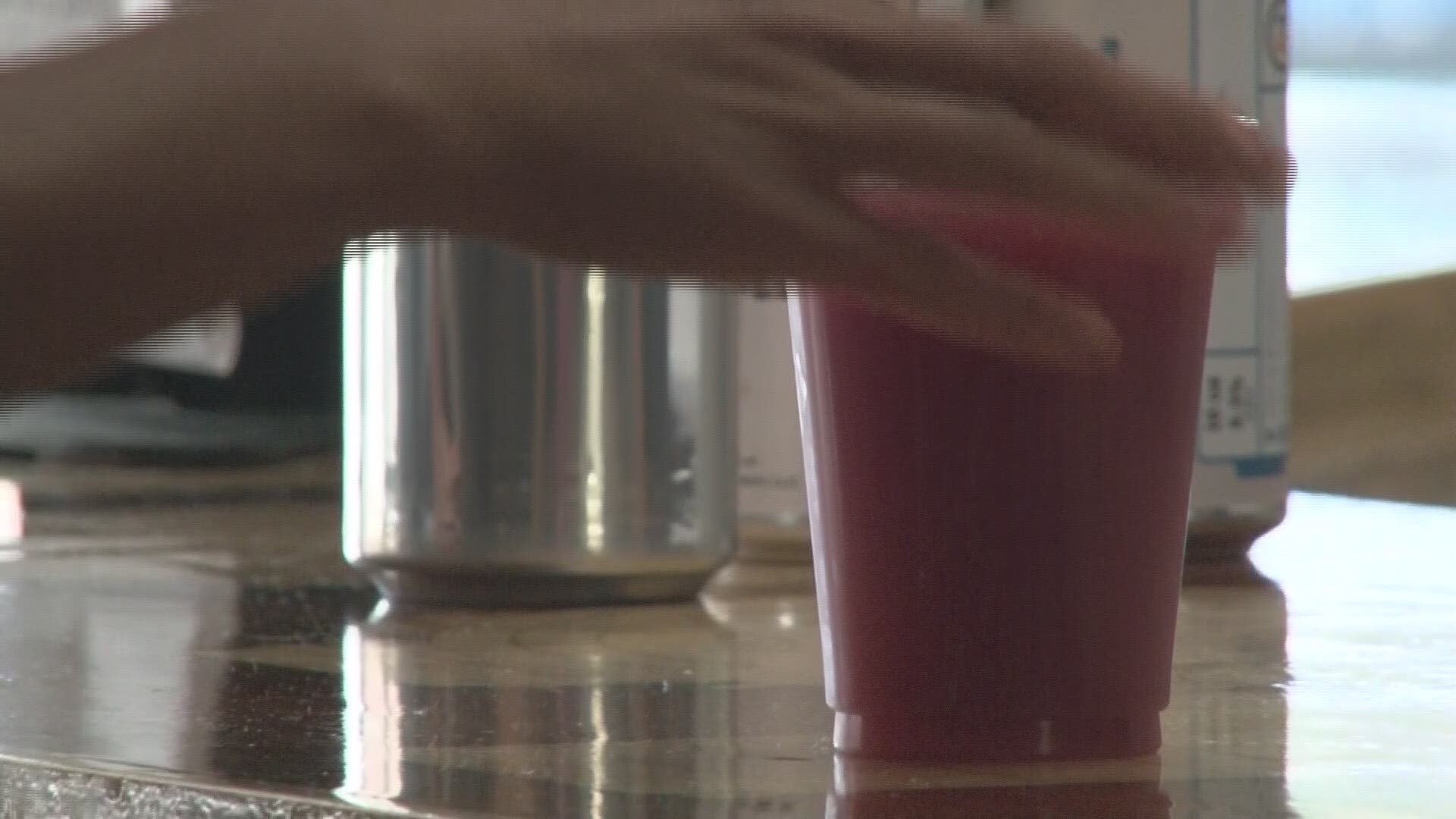 On Aug. 19, the Knox County Board of Health voted to extend a proposal implementing a 10 p.m. curfew for bars until Sept. 3.

They voted 7-1 in favor of the extension, with Knox County Mayor Glenn Jacobs voting against it.

While no clusters have been linked to bars, board members said it's still too early to see how the 10 o'clock curfew is impacting local case counts.

The board also took students returning to UT's campus into consideration.

"We talked about targeting bars due to age demographic we were seeing increased cases in. That's kind of leveled off over the last few weeks," said Dr. Martha Buchanan.

Dr. Maria Hurt said some bar owners feel it's still an unfair regulation. "I've received feedback from bar owners who are pleading this restriction apply to all seated alcohol sales after 10 p.m., such as restaurants."

Even though cases and hospitalizations are declining, the board stressed the importance of following the five core actions.

"COVID is not going away. We all are going to have to practice the five core actions for many, many months. We have to learn how to live with COVID," said Buchanan.

The board is keeping at close watch on data now that UT students are back. The university has a contact tracing system in place to manage those cases.

The board originally approved the proposal with a 7-1 vote on Aug. 5. Dianna C. Drake was the only member to vote against the proposal when it was first passed. It was an amendment to the original order, which closed bars.

To-go drinks and food orders are allowed, according to officials.

The BOH voted to close bars in Knox County for two weeks starting Aug. 3. The only member that voted against the proposal was Knox County Mayor Glenn Jacobs. The order applied to businesses that got more than 50 percent of their profits from alcohol sales.

Knox County Sheriff Tom Spangler said Tuesday it is the responsibility of the Knox County Health Department, not the sheriff's office, to regulate and enforce the ordinance. He said citizens should direct non-compliance complaints to KCHD.

O'Brien: Until something points us this is not the right the direction, we should try this. As we get more information we should be more surgical for dealing with issues that may come to us to consider.

Spangler kept a similar stance on mask enforcement, citing questions over the constitutionality of such mandates.

"Some of these people this is all they do, they don't have a second job," said Cotton Eyed Joe owner Chuck Ward who spoke at the board's first-ever public forum.

Before passing the regulation, the board wanted people to know that they're listening.

"I want to balance out what we're trying to do for the community," said Dr. Patrick O'Brien.

The decision to open bars with a curfew came after hearing from local owners in the board's first-ever public forum.

"Been doing everything we've been presented with," said Casual Pint owner Nathan Robinette.

"We have done everything asked of us by this board," said Buckethead Tavern owner Troy Hale.

Pushback came from concern over a growing number of cases in 21-30-year-olds, but Buchanan clarified no clusters have come from bars or restaurants. They have mainly come from social gatherings.

Ward said staying open until 10 p.m. won't help, though. He said most customers don't arrive at his business until 10 p.m.

He told the board of all precautions his bar was taking, but it wasn't enough. They include spending thousands of dollars on masks to keep people safe when they visit his bar.

Several bars in Knox County said they would defy the Board of Health's order to close, including The Casual Pint. Other bars said the order shouldn't apply to them since they didn't fit the board's definition of a bar.

One board member, Dr. Patrick O'Brien, proposed the change to the curfew which would allow bars to open with a 10 p.m. curfew before the board's meeting.

"Based on the current data showing community spread has not been located in bars and restaurants as a primary source, I offer an amendment to Knox County Board of Health Regulation No. 2020-3 that amends sections 4 and 11 with the addition of "at 10 p.m. Eastern Daylight Time daily," he wrote in an email requesting a change to the meeting agenda.

The board also held a public forum during Wednesday's meeting. Mayor Jacobs suggested holding a forum once a month for members of the community to voice their opinions to the Board of Health.

Now bars will be open, but at a time when customers might be slim.

Knox County Board of Health votes to allow bars to open until 10pm.