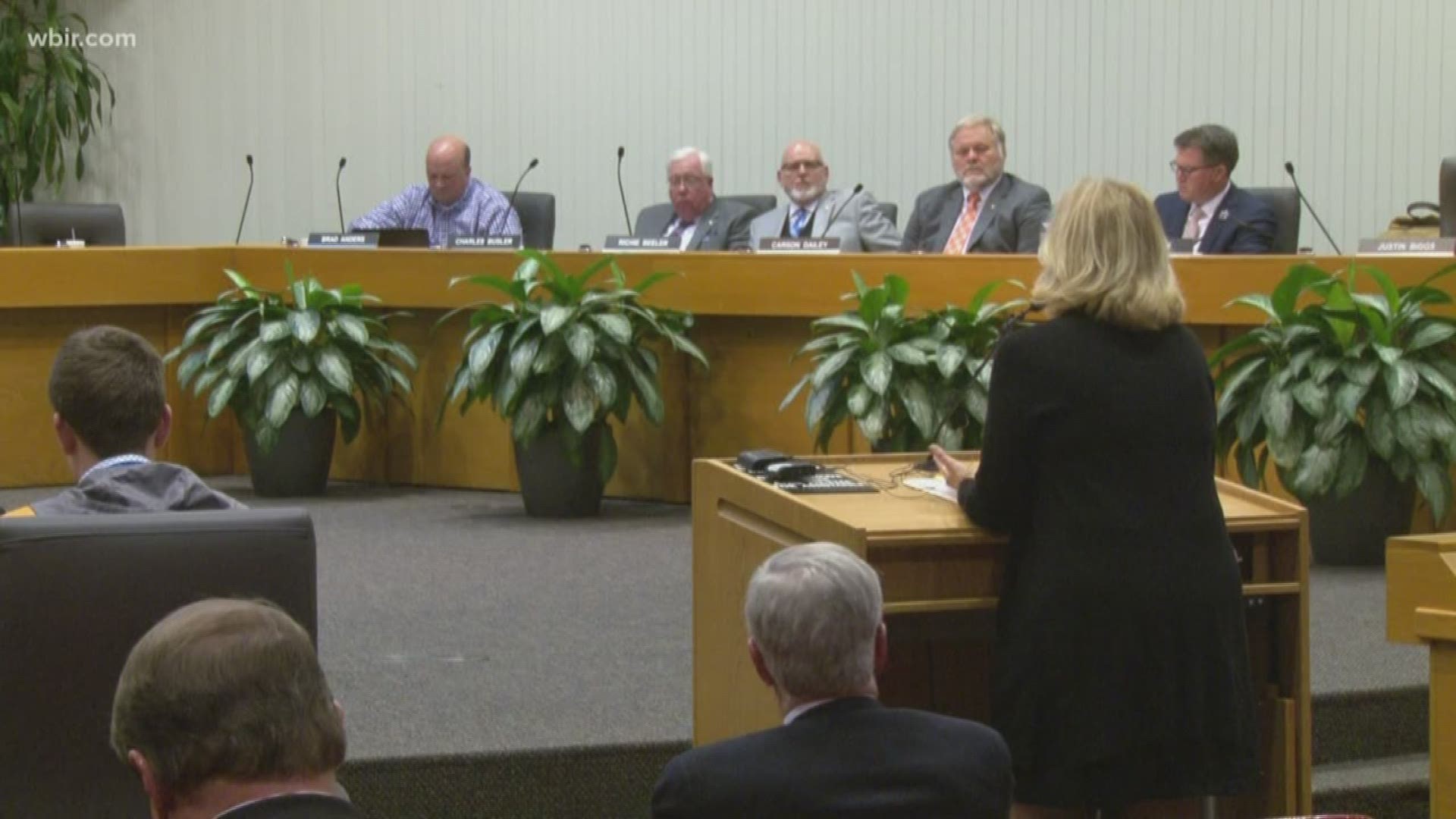 The Mayor wants to move Knox County Schools' administrative offices from the Andrew Johnson building to the TVA tower.

Commissioners had the chance to ask any remaining questions before they make a final vote during their January 27 meeting. The vote was originally deferred due to concerns that questioned if the move would conflict with federal security measures in the building.

The University of Tennessee is also on board. They plan to move system personnel from around the city into one location at the tower.

"There's a saying, 'Nothing is more expensive than a missed opportunity,' and I would hate to see Knox County miss this opportunity," said Mayor Jacobs to commissioners. "I think it's an opportunity that only comes along once in a generation."

"It will provide us with an opportunity to redirect approx one million in our budget to educational needs, student support type activities," he said.

One concern from commissioners Monday night was language used in the contract, specifically what the difference was between a lease and an easement.

"They can't do a lease, they can do something called an easement which is basically a lease with another language and something we've had to work through," said Jacobs.

Another concern from commissioners was if it was legal to put school board administrative offices somewhere with federal security standards.

"We're renting space, but now we're limiting our taxpayers their access to their school system because they have to have a special ID to get into a federal building," said commissioner Charles Busler.

Jacobs replied saying that would be taken care of.

"We will make arrangements so someone can come meet with them," he said.

Previously, law director Bud Armstrong said the move could face problems over school personnel custody and control conflicting with those federal security measures. Jacobs said they’re planning on getting an attorney general decision for that issue and that it would not be discussed at Monday's meeting.

The Knox County Commission will meet again in exactly two weeks to make their decision on the deal.