On the agenda was a resolution that would create zoning districts for temporary encampments housing people experiencing homelessness, as well as many other proposals 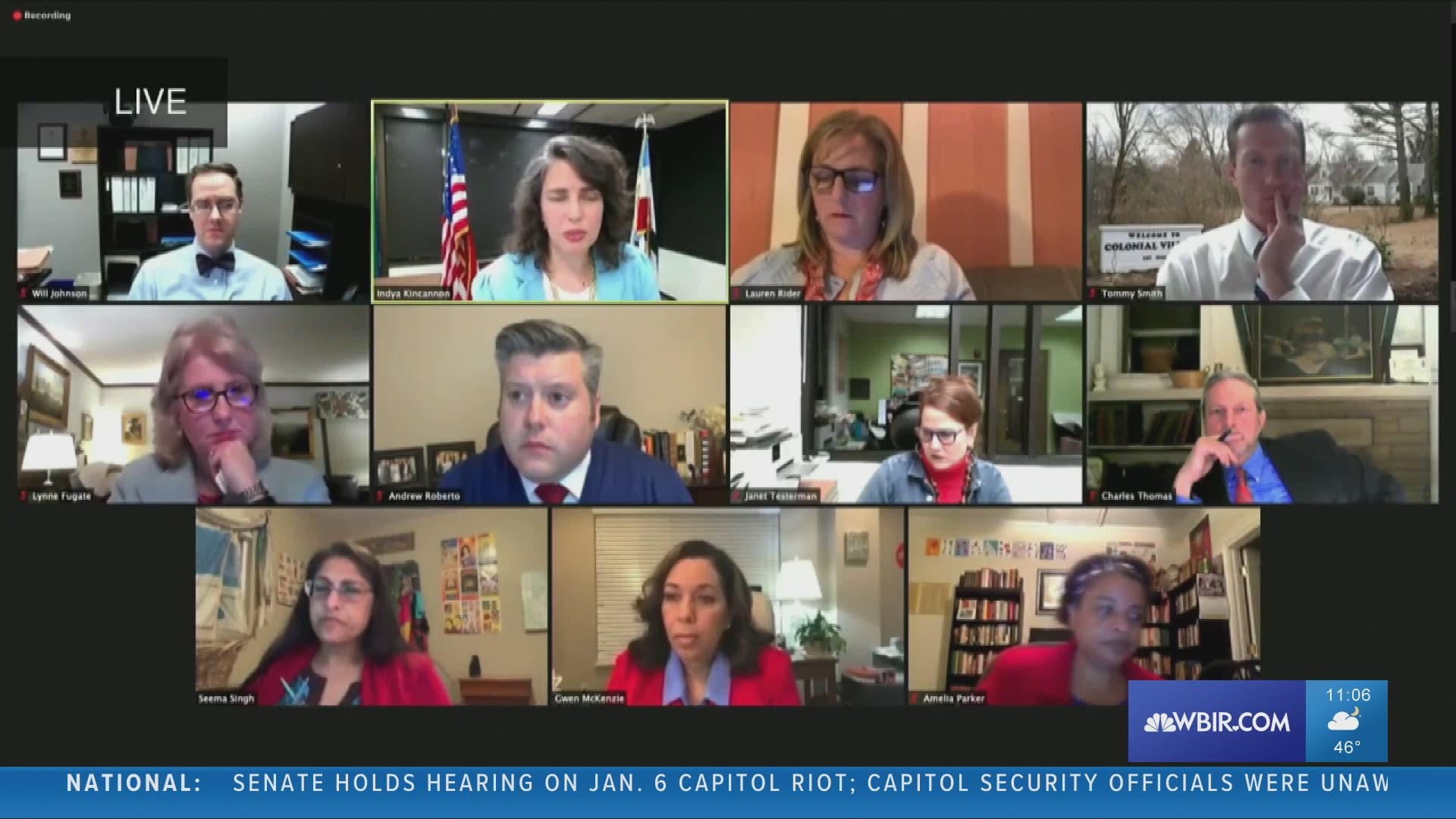 UPDATE (9 p.m.): Council members also voted unanimously to a $1.2 million "Internet Crimes Against Children" grant from the Tennessee Office of Criminal Justice Programs. The grant would be used to create a strategy to help the city prevent digital crime against children, with help from other institutions.

Every also spoke before councilmembers considered this grant, and urged the money to be used to tackle community issues. She also advocated for change in the police department to improve trust in the community.

The council also voted unanimously to approve a $1 million budget amendment to fund programs meant to stop gun violence. Another public speaker spoke on the amendment, urging for the amount to be higher.

"Children are dying under the watch of so-called professionals," she said. "It seems like people are more worried about their jobs than the lives being lost."

Officials said that the amendment would support a variety of community-based strategies to prevent violence in Knoxville. Erin Gill said there were three types of programs that they could build on.

The first is a group-violence reduction strategy, which is a targeted way to identify individuals who are at high risk of being victims or perpetrators of gun violence. The second is a street outreach strategy, which allows people trained to reduce violence to work with at-risk people.

The third strategy is hospital-based violence intervention, which provides crisis intervention after an incident has taken place.

"We also need to continue to address the root causes, such as poverty, that create cycles of violence," Knoxville Mayor Indyua Kincannon said. "I don't want to wait until July 1st to stop the bleeding, I want to start tonight."

She also said that leaders want to create programs where people can intervene on issues and prevent retaliatory shootings after incidents.

A motion to urge officials to create a new kind of district for encampments housing people experiencing homeless failed.

UPDATE (7:45 p.m.): The Knoxville City Council voted unanimously to approve applying to a $1 million grant to stop gun violence in the community. The vote came after three teens died in three weeks due to gun violence.

One public speaker, Constance Every, said that some of the violence could be attributed to diminished youth enrichment opportunities for people in the area and ongoing poverty in communities of color. She emphasized that Knoxville leaders should try to prevent gun violence throughout the city — not just the Austin-East High School area.

"The pieces of our community are all accountable, and I want to make sure that money goes towards solving the problem — gun violence," Every said. "And what is gun violence tied to? Poverty."

Knoxville Police Department Chief of Police said that the grant is meant to stop violent crime, dismantle gang activity and prevent drug abuse. So, the police will focus on those areas. She also specified that the money will be distributed over three years.

"You got enough unmarked cars, you don't need that," Every said. "There's no reason for this money to anywhere other than the community."

The city council took a 10-minute recess before voting on other items.

On the agenda was one resolution that would create a new kind of zoning district for temporary encampments that house people experiencing homelessness. The resolution was requested by Councilmember Amelia Parker.

Specifically, it would request the Knoxville-Knox County Planning Commission to make a recommendation on creating the new zoning district, or a new overlay district so that members could create regulations for temporary encampments, according to the proposal.

The resolution says that the City of Knoxville takes a housing-first approach to help people experiencing homelessness and that encampments are not an appropriate long-term solution. It also says that it could be beneficial to establish a zoning district allowing encampments to operate temporarily under certain circumstances.

The council will also consider a proposal allowing Mayor Indya Kincannon to apply for a $1.2 million "Internet Crimes Against Children" grant from the Tennessee Office of Criminal Justice Programs. The grant would be used to create a strategy to help the city prevent digital crime against children, with help from other institutions.

The Knoxville Police Department also proposed a resolution allowing them to apply for the 2021 Edward Byrne Criminal Justice Innovation Program Grant. The grand would provide $1 million to fund efforts to combat serious and violent crimes in the community.

In a description of the grant's goals, it says:

It also encourages an approach centered on four core elements: targeting crime where it is concentrated, increasing community and resident engagement to prevent crime, improving the use of data and research to guide crime-prevention programs and building partnerships to enhance trust.

Kincannon also said that she would propose a $1 million budget amendment to go towards stopping violence in the city.

The proposals come after three teens died in three weeks due to gun violence in East Knoxville.