"There are really no words to describe it. But the community needs to know that we can pray all we want to, but things won’t stop until we move in love.” 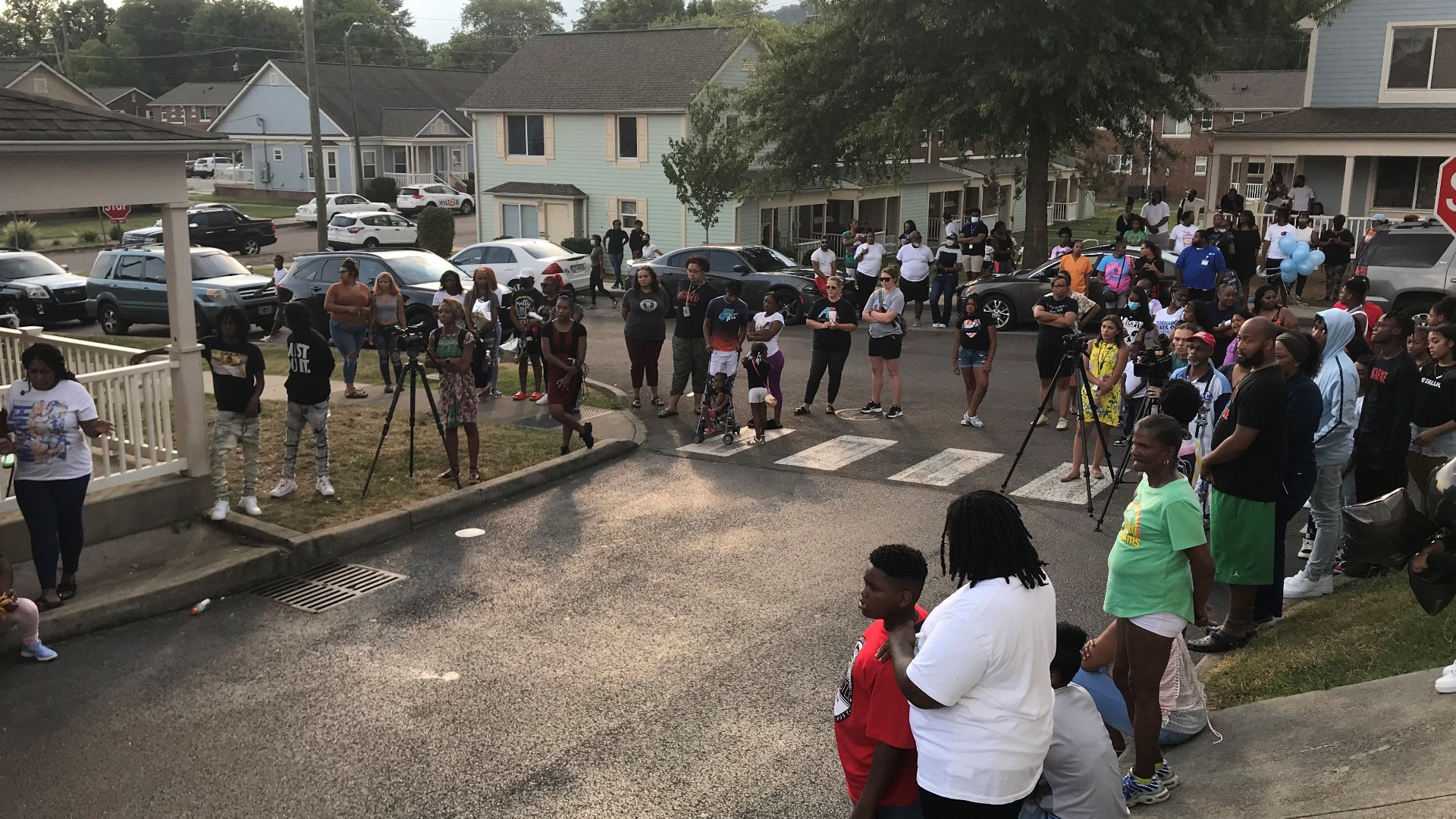 KNOXVILLE, Tenn. — Days after a shooting took the life of Austin-East High School student John John Mathis, the community gathered to remember his life and find ways to ease the tragedy.

Those who were there included a mom of an Austin-East student, Felicia Outsey.

“I came out here today because love is the answer,” said Outsey.

They came to light candles for a memorial in remembrance of Mathis, who played football for the school. Outsey’s son knew him, and they had something in common.

The Knoxville Police Department said Sunday morning there was a gathering in the Lonsdale community near Minnesota Avenue. According to the investigation, a fight broke out and shots were fired -- killing 17-year-old Mathis. He is the sixth student from Austin-East to die to gun violence within less than a year. Outsey says they need support from the community.

“The best thing they can do is make sure the mothers, the fathers, and the children receive the support, the emotional support, the trauma support that they need to make it through this,” she said.

Many who were there were friends of Mathis who did not want to speak on camera. However, some said they came to remember Mathis and want the violence to end.

For moms like Outsey, this is a tragic time in the community.

“It’s devastating, it really is no words. There are really no words to describe it. But the community needs to know that we can pray all we want to, but things won’t stop until we move in love.”

Family announced John John will have his services Thursday, August 19. Family, friends and the community plan to come out to remember a life gone far too soon.