Gun violence has risen to a top priority for city officials, community leaders and the people of Knoxville after the deaths of five teens in the span of four months. 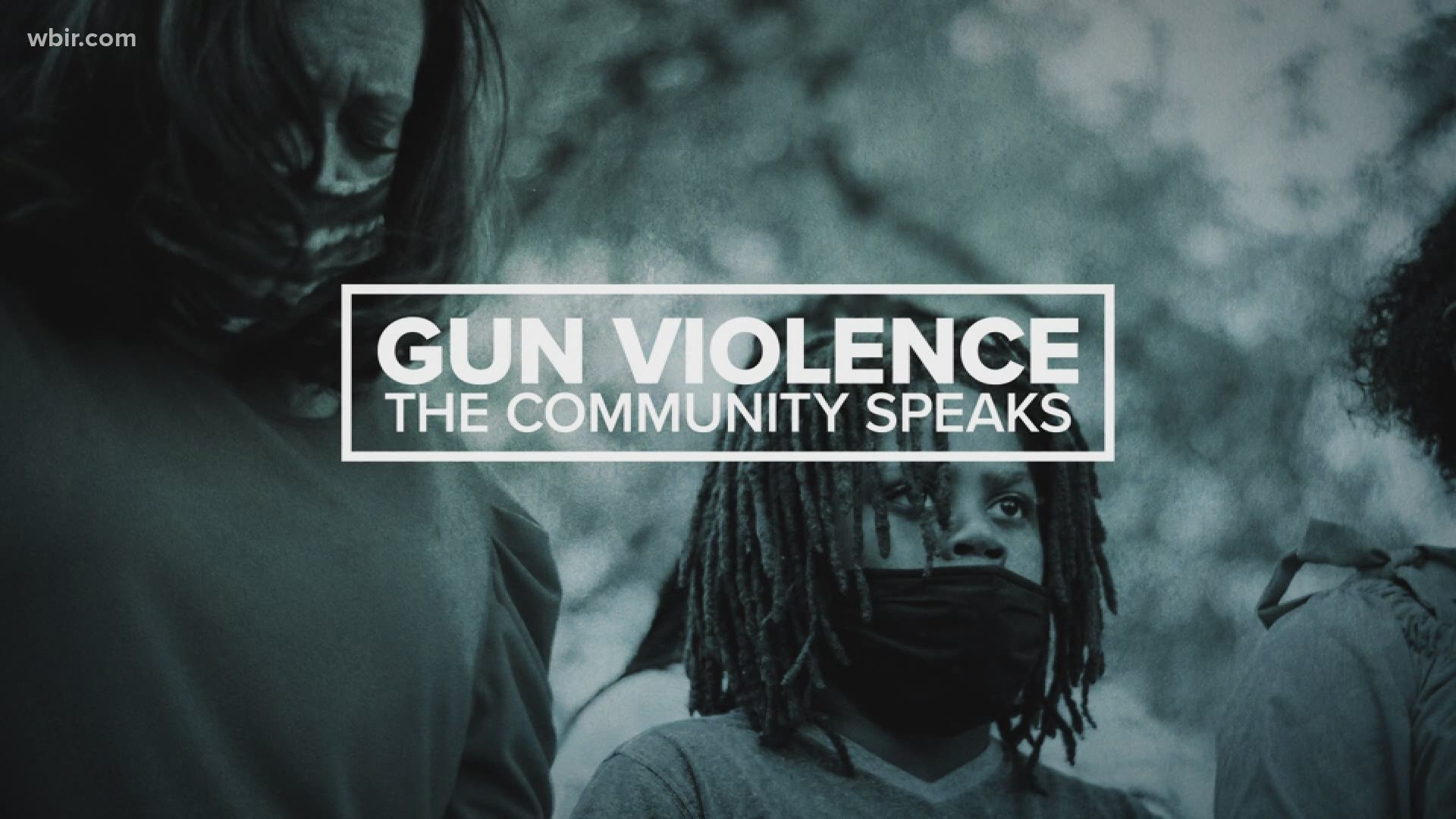 KNOXVILLE, Tenn. — WBIR Channel 10 will dedicate a week-long coverage to the gun violence issue that is taking its toll on Knoxville.

We will hear from Austin-East Magnet High School students on how hard the past four months have been after losing five classmates.

“Five students that go to your school have been killed, and sad thing is you knew four out of five of the students. It's really a lot," junior Kaylen Stubbs said.

The challenge is healing after experiencing so much tragedy in quick succession.

"I don't think you can heal. I mean just try to hold your head up," said Denaijah McMillan, a freshman.

They fear they could be next, at a moment's notice, just walking down the street.

“I would say it's been really hard to walk into the school and just be like in the area 'cause like who's going to go next," junior Brittany Brown said.

We'll hear about the pain from a mom who’s been there and said it’s sad to see the place she calls home lose more teenagers to gun violence.

“My heart breaks to know another child has lost their life to gun violence,” Zenobia Dobson said.

In an attempt to take back their streets, community leaders are speaking up on a gang problem. They said things are getting increasingly worse.

"I think it's getting worser, and they are getting younger and younger," said Lawrence Williams, founder of the Safe Haven House.

Community members are stepping up and putting their feet in the streets.

“Instead of waiting for tragedy, we want to be out there in front of it,” said Fahd Wali, Commander of POP TENN.

They are calling not for just East or West Knoxville to come together, but for the entire city to unite.

All week we will amplify those voices at the center as they fight for the violence to cease.