LaKenya Middlebrook was executive director of the City’s Police Advisory & Review Committee (PARC) and will transition to the new role in early September. 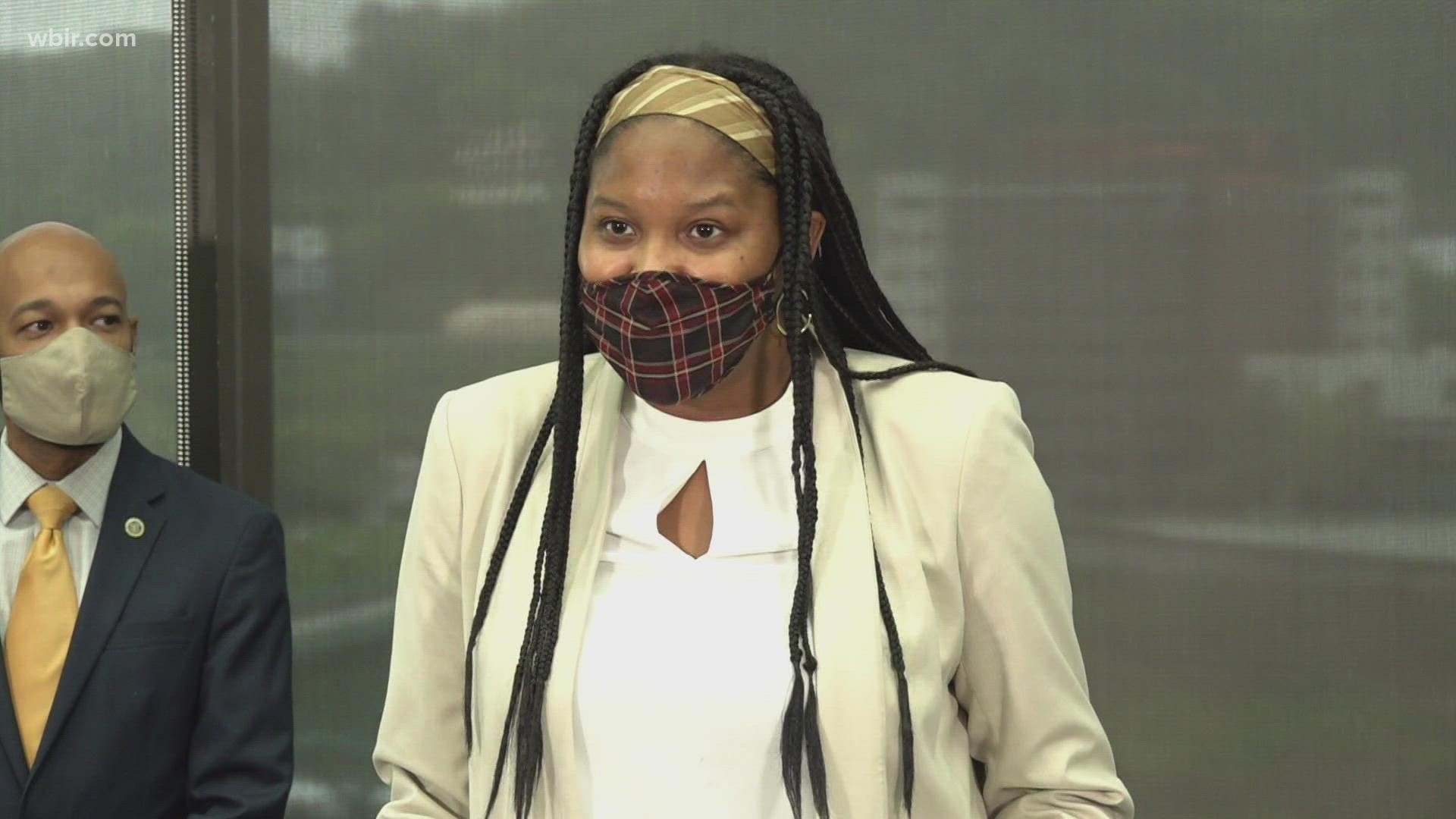 This new cabinet-level position will oversee and coordinate all aspects of community safety, increasing collaboration between the mayor, her leadership team, the Knoxville Police Department, the Knoxville Fire Department and other community partners who are on the ground to address public safety issues, according to a release from the mayor's office.

“LaKenya Middlebrook is an effective and passionate leader who works tirelessly for justice in all situations,” Kincannon said. “She has established relationships with key partners that will help us build out sustainable violence interruption programs and other solutions that will work best in our city.”

Middlebrook was the Executive Director of the City’s Police Advisory & Review Committee (PARC). She will transition to her new position as Director of Community Safety in early September, according to the mayor's office.

“I am honored and humbled to be chosen for such a critical role in our city,” Middlebrook said. “As part of the internal task force working on violence prevention and interruption, I have learned a lot about evidence-based strategies in cities throughout the country and methods we can successfully implement here in Knoxville."

In her role, Middlebrook will have bi-weekly meetings with Kincannon and Knoxville Police Chief Eve Thomas, regularly scheduled meetings with the full cabinet, work closely with the city’s Community Empowerment Department and coordinate resources with others on the front lines working to keep neighborhoods safe, according to the release.

"Our entire community is impacted by increases in violence, our neighbors are hurting, and we will do everything we can to prevent and reduce violence here," she said.

She worked in private practice as an attorney from 2008 to 2010 and from 2012 to 2020, according to the release. In between, she served as director of the YWCA Phyllis Wheatley Center. She was appointed to lead PARC in June 2020.

Middlebrook also serves on the Knox County Foster Care Review Board, the Executive Committee of the Knoxville Branch NAACP, the United Way of Greater Knoxville Board of Directors, and as Mayor Kincannon's representative on the boards of the Knoxville Family Justice Center and East Tennessee History Center, according to the release.

Kincannon said she will appoint a new PARC Director before the next regularly scheduled PARC meeting.