The Knoxville Police Department celebrated the graduation of the 20 newest officers Thursday night. 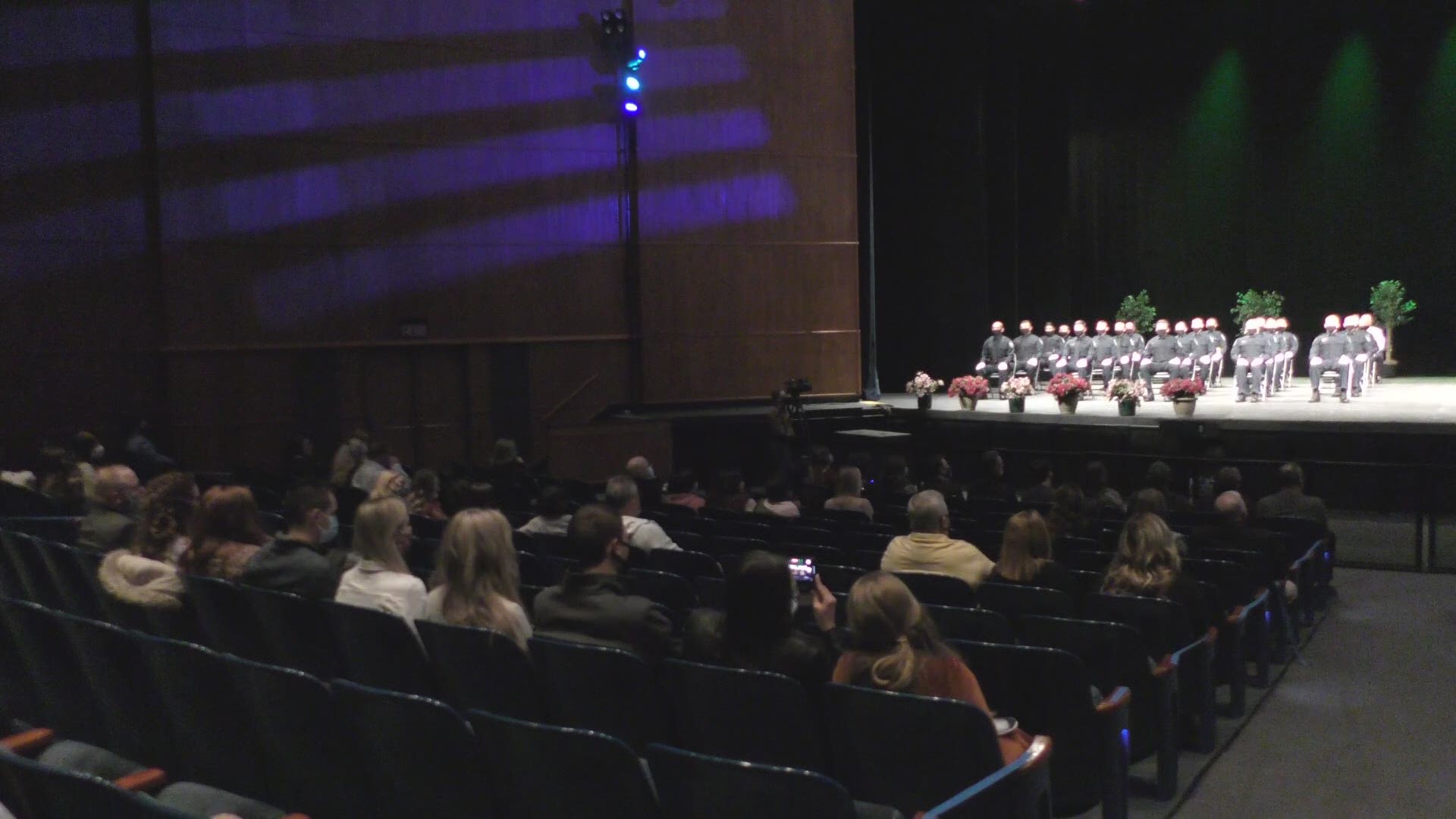 KNOXVILLE, Tenn. — Police officers filled the Knoxville Civic Coliseum Auditorium Thursday night, but it wasn't to respond to a call for help.

Instead, the Knoxville Police Department hosted the graduation ceremony for the 2020-B Basic Recruit Class. A total of 20 graduates were recognized for their work as they stood on stage before a podium. It included three lateral officers, according to a release from officials.

Everyone in the building had their temperature taken before entering the building, and participants had to sign a list for contact tracing if needed. People over 12 years old were also required to wear a mask.

Seating was limited to 20% of the normal capacity. Families were allowed to sit together but were distanced from other groups.

The 2020-B Basic Recruit Class has reached the 22nd and final week of the Training Academy. On the eve of the graduation ceremony, Recruit Matthew Hurski, the 2020-B Class President, reflects on the academy.