PARC works to strengthen the relationship between the Knoxville Police Department and the community. 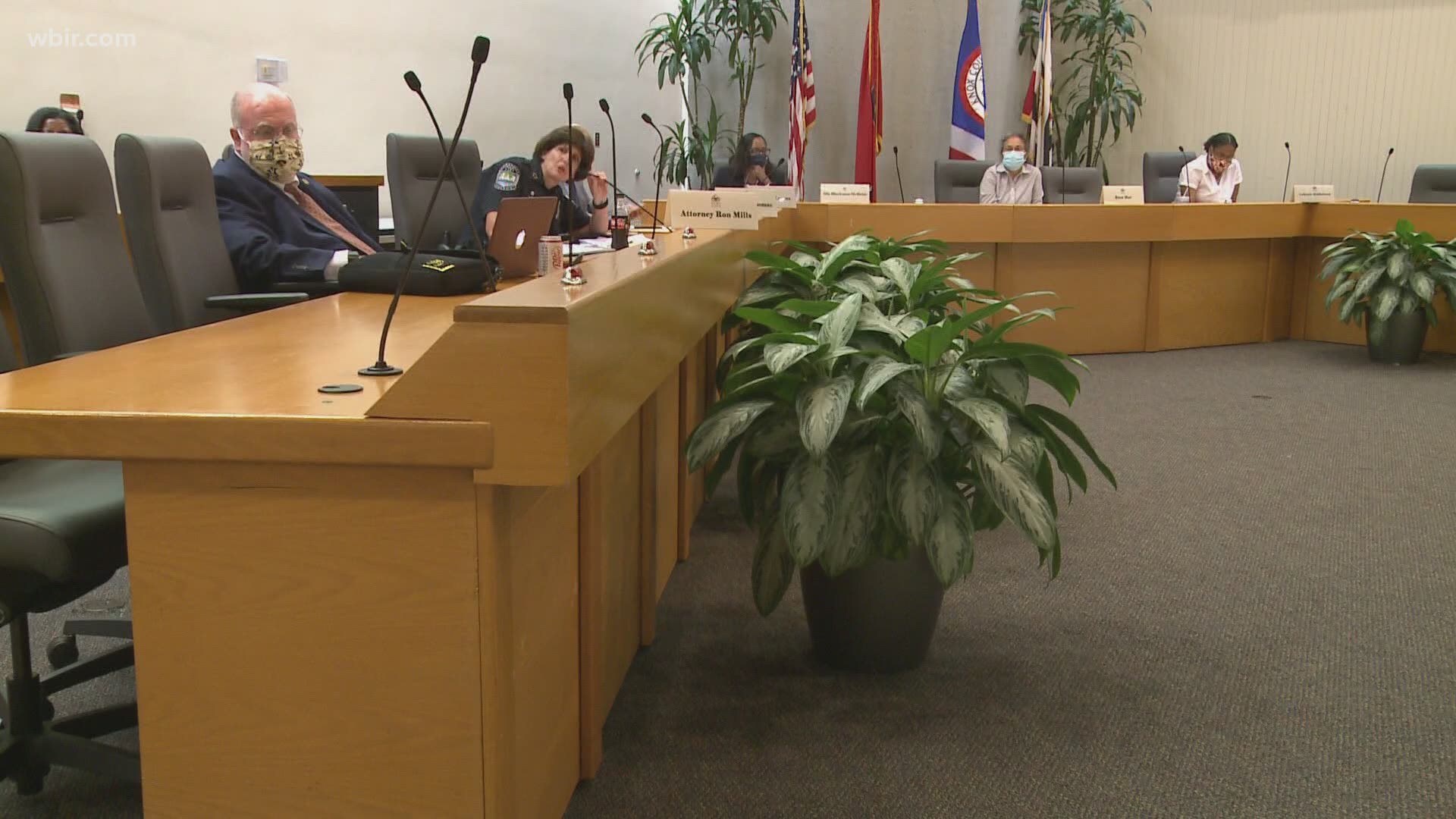 KNOXVILLE, Tenn. — Members of Knoxville's Police Advisory and Review Committee said Thursday night's first meeting for the year looked unlike any other.

It came with loud community voices and a protest outside.

PARC works to strengthen the relationship between the Knoxville Police Department and the community. That happens with an independent review of police actions and making recommendations for change.

"Accountability is fully on the table at this point," said activist Constance Every.

"They are citizens no higher or lower and they have to be held to a standard that exceeds a regular person," said member Jered Croom of officers.

Four cases dealt with harassment, one dealt with excessive force. PARC disciplined five officers. Four were disciplined with verbal counseling, one was suspended without pay.

Chief Eve Thomas addressed changes to the use of force policy through the "8 Can't Wait" campaign, noting many were already enforced.

"We decided whether it was a chokehold or having arm around someone's neck, right now the optics just weren't good," Thomas said.

She was challenged by people in the audience.

"You're refraining from chokeholds because of optics? Talking about chokeholds in our community coalition we'd like to see a wider phrasing of that to be anything that cuts off oxygen or blood flow."

People called on PARC to add more pressure on the department.

"Step up we are not satisfied as a public with how PARC is performing," said Every.

Croom said the meeting was unlike any other because of community feedback and expects future ones to follow suit.

"I think social justice is gaining momentum in our city, our nation and the world. The power ultimately resides in the people of Knoxville not its institutions. We give them the power not the other way around," Croom said.

Body cameras were also in question. Chief Thomas couldn't say much but said they're on track to get them soon.