Police said around 40 people made their way through the Fort Sanders area as they broke car windows, spray-painted vehicles, and knocked off mirrors. 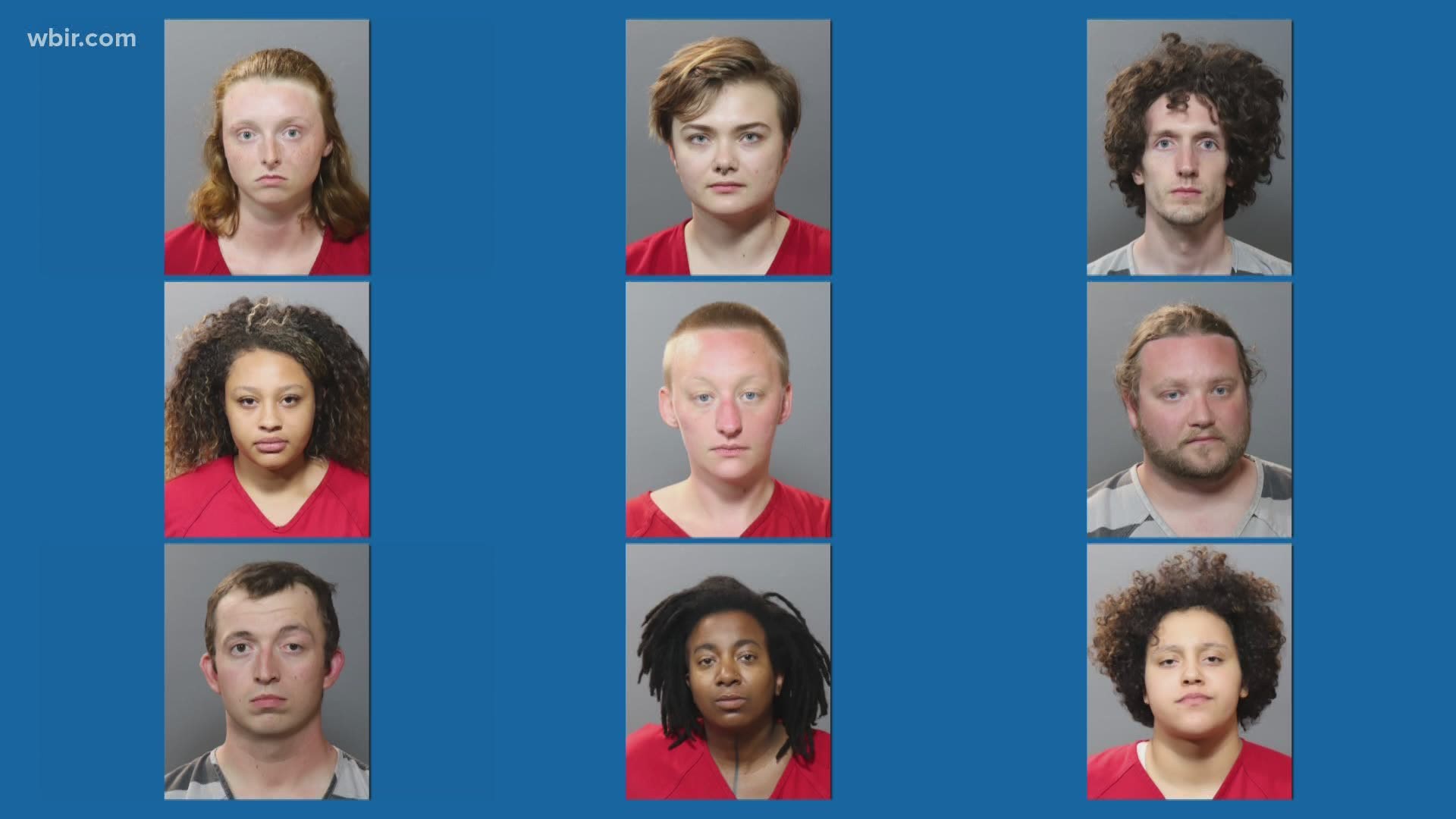 Police were sent downtown around 9:40 p.m. Sunday to respond to more possible demonstrations, a day after windows were smashed in Market Square on Saturday, according to a release from police.

Instead of demonstrators, they found a group of around 40 people in the Fort Sanders area headed north on 11th Street ready to commit vandalism, police said.

The group began breaking car windows, spray painting cars and knocking off mirrors as they turned onto Bridge Avenue, authorities said. One victim, a 28-year-old man, also said he was assaulted when he tried to confront the group, according to police. According to the KPD incident report, the victim said roughly 20 unknown individuals surrounded him and started to "beat him to the ground." The victim refused medical attention and was unable to identify any suspects, according to the report.

At least 15 cars were vandalized in the Fort Sanders area, authorities said. 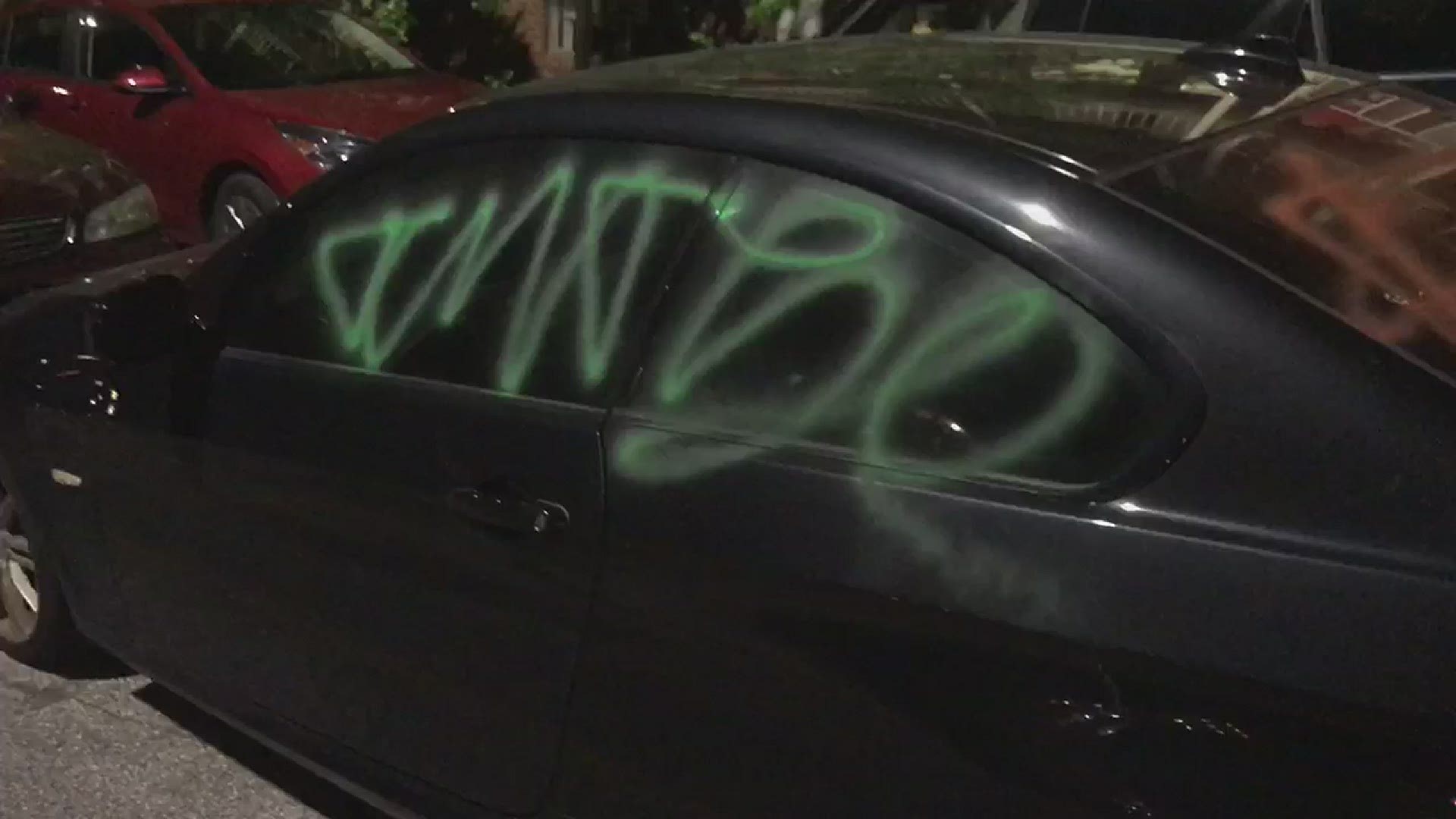 Police said they ordered the group to leave and approached them at around 10:15 p.m., in a parking lot at the southeast corner of 16th Street and Highland Avenue. There, they said they arrested nine adults and one juvenile male. The adults were between 18 and 34 years old. The adults were charged with disorderly conduct, and the juvenile was cited.

The rest of the group ran away on Highland Avenue.

Police also said that many other groups stayed in the downtown area Sunday night. At one point during the night, police said a white Toyota Camry drove by some officers with four males in it wearing hockey masks. Knoxville Police officials said they ran a license plate check on it and found the car was stolen.

They found the vehicle on Union Avenue, near Market Street, according to a release. Police said they arrested the driver, a 17-year-old male, without incident and charged him with auto theft, simple possession and unlawful drug paraphernalia.

Another group of around 12 people was spotted in the Knoxville Museum of Art parking lot, according to officials. Officials said they left the parking and lit a large firework box at World's Fair Park on the railroad tracks. Later, officials said they could still hear fireworks and see smoke as the group continued west on Clinch Avenue, but could not find the cars.

RELATED: Unrest overshadows peaceful US protests for another night

A person told officers on Clinch Avenue, at James Agee Street, that the group shot fireworks at him while he sat on his porch, according to authorities.

Police continued to look around the area, but they said they could not find the group.

Knoxville police said they are continuing to assess damage from the night.

KPD identified 9 of the 10 suspects, saying one was a juvenile. All the identified suspects were from Knoxville and are being charged with disorderly conduct. Their preliminary court hearings are set for August 28:

10News is following this story and will update this article as more information becomes available.