Anyone who shares a tip leading to an arrest, the recovery of weapons, stolen property or the capture of a wanted person could receive an award of $1,000. 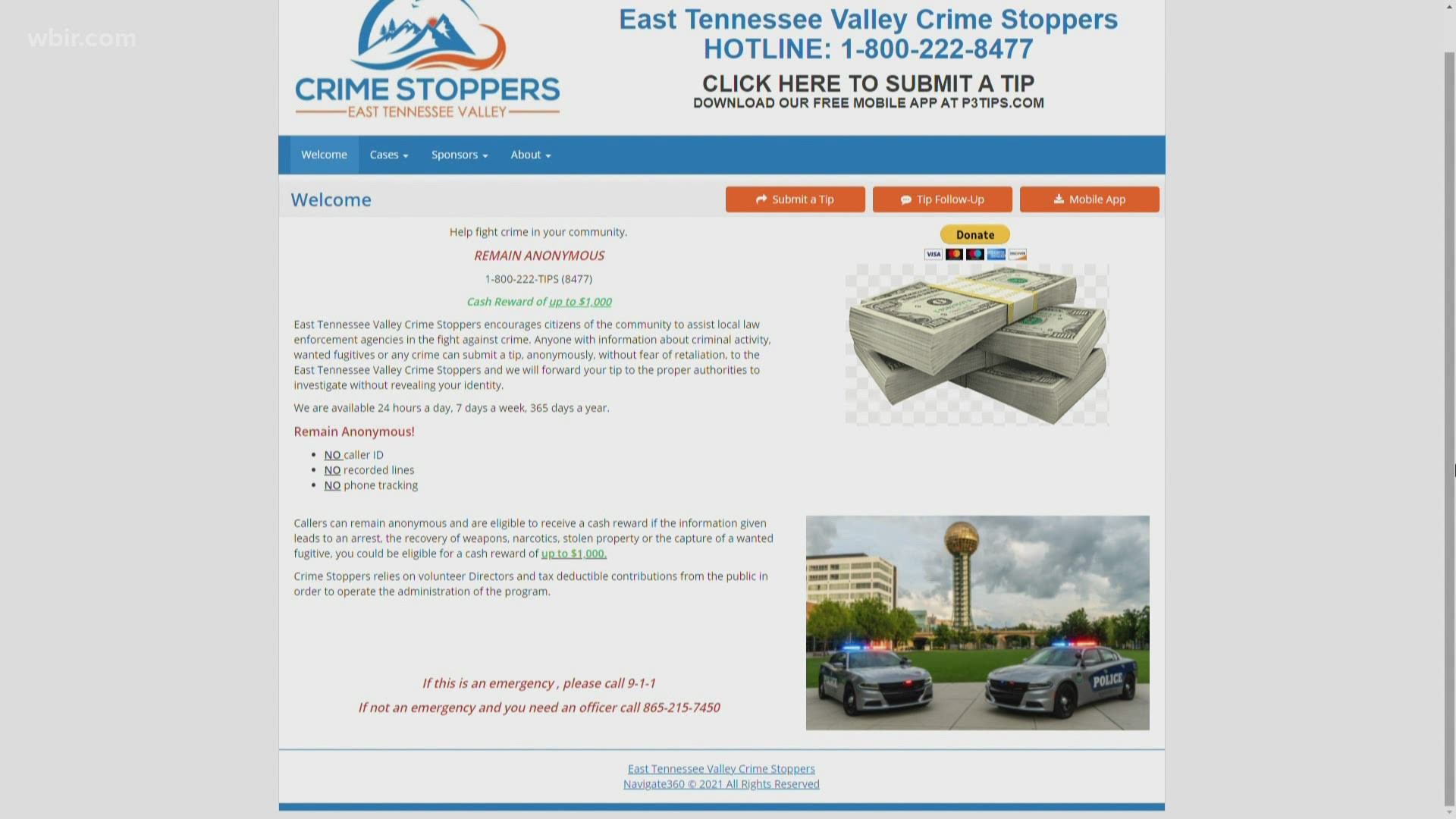 Chief of Police Eve Thomas and Mayor Indya Kincannon announced the start of the program during a press conference on Wednesday. They said it would give citizens another way to anonymously share tips about criminal activity and wanted fugitives, helping law enforcement in their communities.

Anyone who shares information that leads to an arrest, the recovery of weapons, narcotics, stolen property or that leads to the capture of a wanted person could receive a $1,000 award.

“We have recognized the need for a local Crime Stoppers program for some time and were already moving in that direction at the tail end of last year," Thomas said. "However, the recent uptick in gun violence, particularly the violence that resulted in the death of multiple high school students, accelerated that process."

The East Tennessee Valley Crime Stopper can be reached 24 hours a day, 7 days a week, 365 days of the year. People can call them at 1-800-222-8477, or visit their website to submit a tip. The program also has a free app, P3 Tips, which people can use to submit information.

The worldwide Crime Stoppers program was started in 1976, and there are over 1,000 cities with programs internationally. The East Tennessee program is funded by donations from businesses, clubs, associations and individuals.

As of Jan. 21, tips submitted through the nationwide Crime Stoppers program resulted in over 775,000 arrests and over $117 million paid out in reward money. Over $2 billion worth of illegal drugs have also been found through the program, officials said.

“This also provides a platform that encourages citizens to actively participate in that mission," Thomas said. "Public safety is a shared responsibility that requires vigorous community involvement and willingness to push back against crime.”