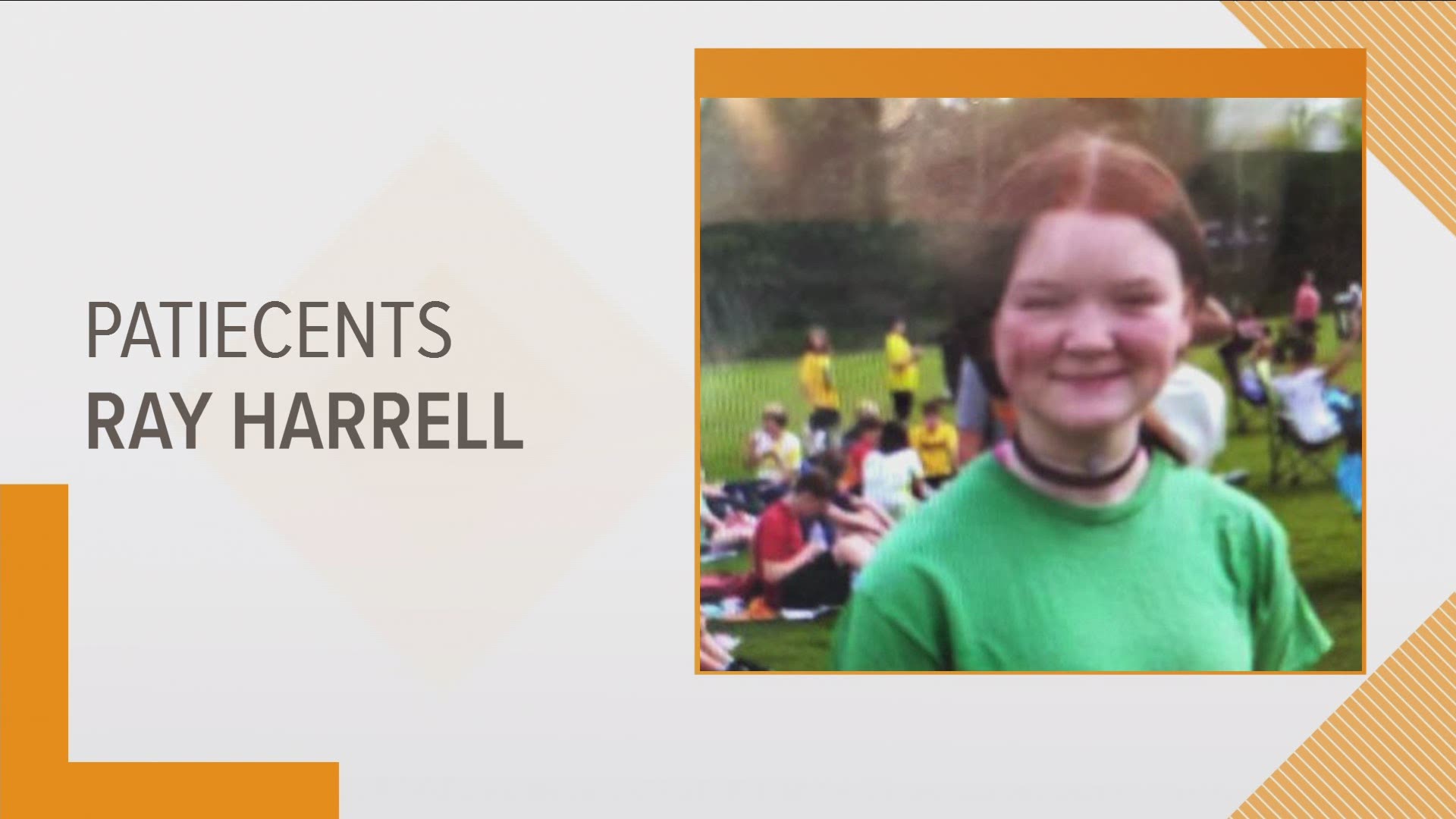 KNOXVILLE, Tenn. — Update 3 p.m. Thursday: KPD says the 13-year-old girl has been located safe and is being reunited with her family.

UPDATE 2 PM WEDNESDAY: As they continue to try to locate a 13-year-old girl, Knoxville police are hoping a recent photo of her and her bike will help in the search.

The Knoxville Police Department released the photo of Patiecents Harrell on Wednesday afternoon.

"The Knoxville Police Department is continuing to seek the public's assistance to locate her. If seen, please call 911 immediately. Anyone with information concerning her whereabouts should call 865-215-7212."

PREVIOUS STORY: The Knoxville Police Department said that they are looking for a missing 13 years old girl who left her home on Glenoaks Drive, in North Knoxville, sometime between 10 p.m. Monday and 9:30 a.m. Tuesday.

Police said that the girl, Patiecents Ray Harrell, is around 5'1" and around 128 pounds with pink hair and brown eyes. They also said she may be wearing a purple toboggan-style hat with "Lucky" lettered on it. She may also be wearing a black choker-style necklace, according to police.

Police said that Harrell left with a pink backpack and a purple BMX bike with handlebar-mounted breaks and rear footpegs.

Anyone who sees Harrell should call 911, and police said that anyone with information about where she could be should call (865) 215-7212.