Colbi McDaniels proposed to his high school sweetheart, Sarah Cornell, in December. He popped the question in one of East Tennessee's most popular spots. 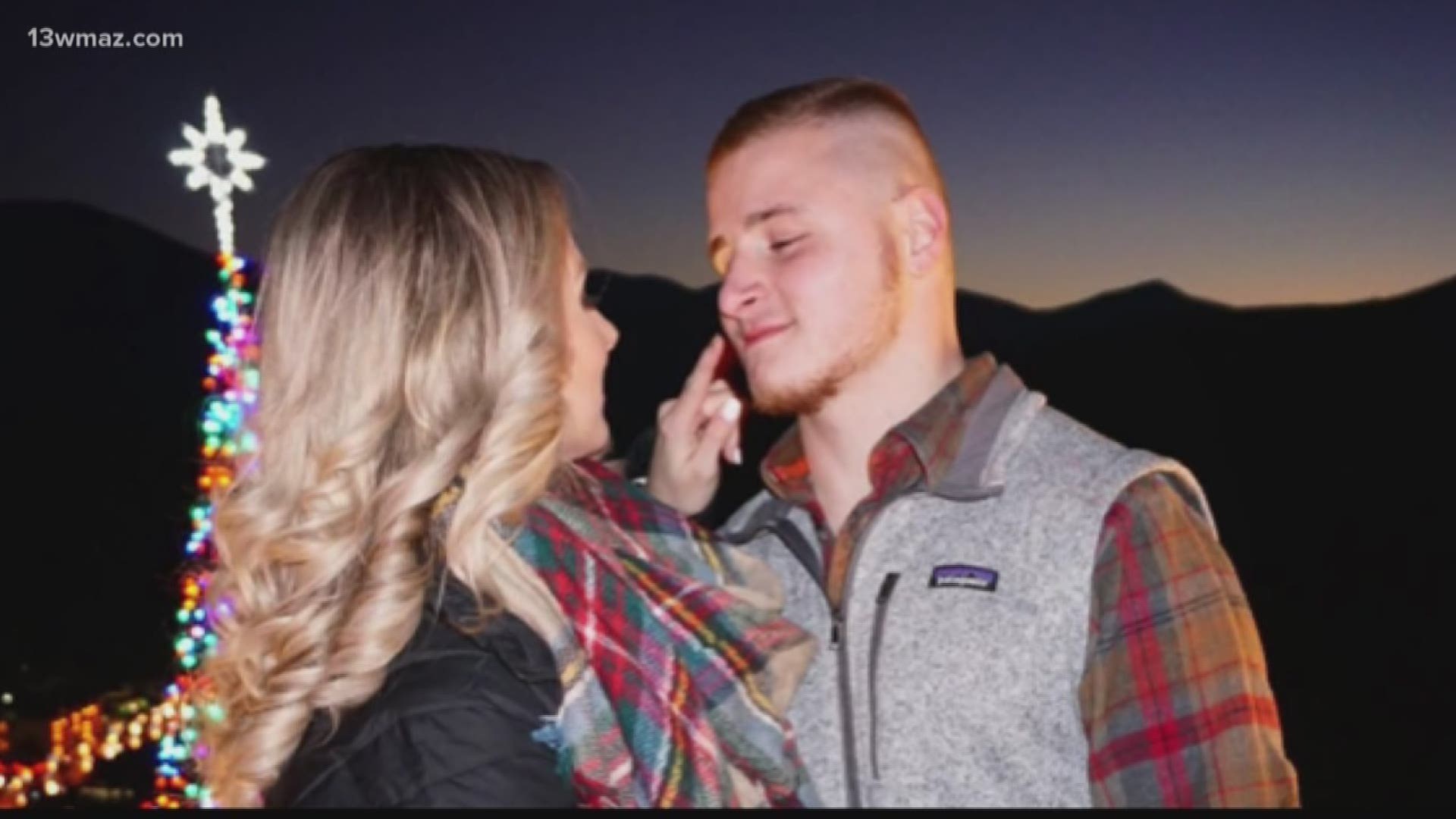 MACON, Ga. — Many couples are still feeling the love from the holiday season.

"I've known her for six and a half years, and I don't know, I was just nervous, just nervous to ask the question, you know," recently engaged Colbi McDaniels said.

He felt the same way when he proposed last month to his high school sweetheart, Sarah Cornell, as he did on their first date. That happened at the Shoppes at River Crossing when they were 15.

They're now seniors in the nursing school program at Middle Georgia State University. They spent their last holiday break in Gatlinburg, Tennessee.

"I kind of got suspicious, like what's going on, so I went through his phone between him and my mom that he was planning something special, but I didn't know what it was," Cornell said.

"I tried to be so secretive," McDaniels said.

Despite almost blowing the cover, McDaniels made his move at sunset right on the famous Gatlinburg SkyBridge on December 19.

"There was like a stretch where there wasn't people in the way, and that's when he decided to get down on one knee, and I was like, 'ok what are you doing, why are you stopping on this bridge? I don't like to stop on this bridge,'" Cornell said.

McDaniels bought a pear-shaped ring from Satterfield and Dempsey Jewelers in Warner Robins -- the same place his father bought his mother's ring.

"We have from about October through all the way through the first of the year, our largest inventory. Customers get a lot more to at least look at or choose from," owner Sam Satterfield said.

McDaniels says they share a love for Christmas, making it the perfect time to propose, which he knew would happen from day one.

"I just had this special feeling about her when I first met her, I don't know, I can't really describe it. I just knew in my heart that she was the one," McDaniels said.

McDaniels and Cornell are both 21-years-old. They hope to move to Tennessee after they graduate from nursing school in May.

They hope to get married in December 2021 in Gatlinburg.

RELATED: Check out the SkyBridge in Gatlinburg all lit up for Christmas!

RELATED: SkyBridge, the longest pedestrian bridge in the US, opens in Gatlinburg

RELATED: Couple who got engaged at KFC get married on New Year's Eve

STAY ALERT | Download our FREE app now to receive breaking news and weather alerts. You can find the app on the Apple Store and Google Play.

STAY UPDATED | Click here to subscribe to our Midday Minute newsletter and receive the latest headlines and information in your inbox every day.

Have a news tip? Email news@13wmaz.com, or visit our Facebook page.