MEDIC Blood Center in critical need of some blood types

Officials said they usually see higher demand for the blood during the summer as more people get out and more accidents happen. 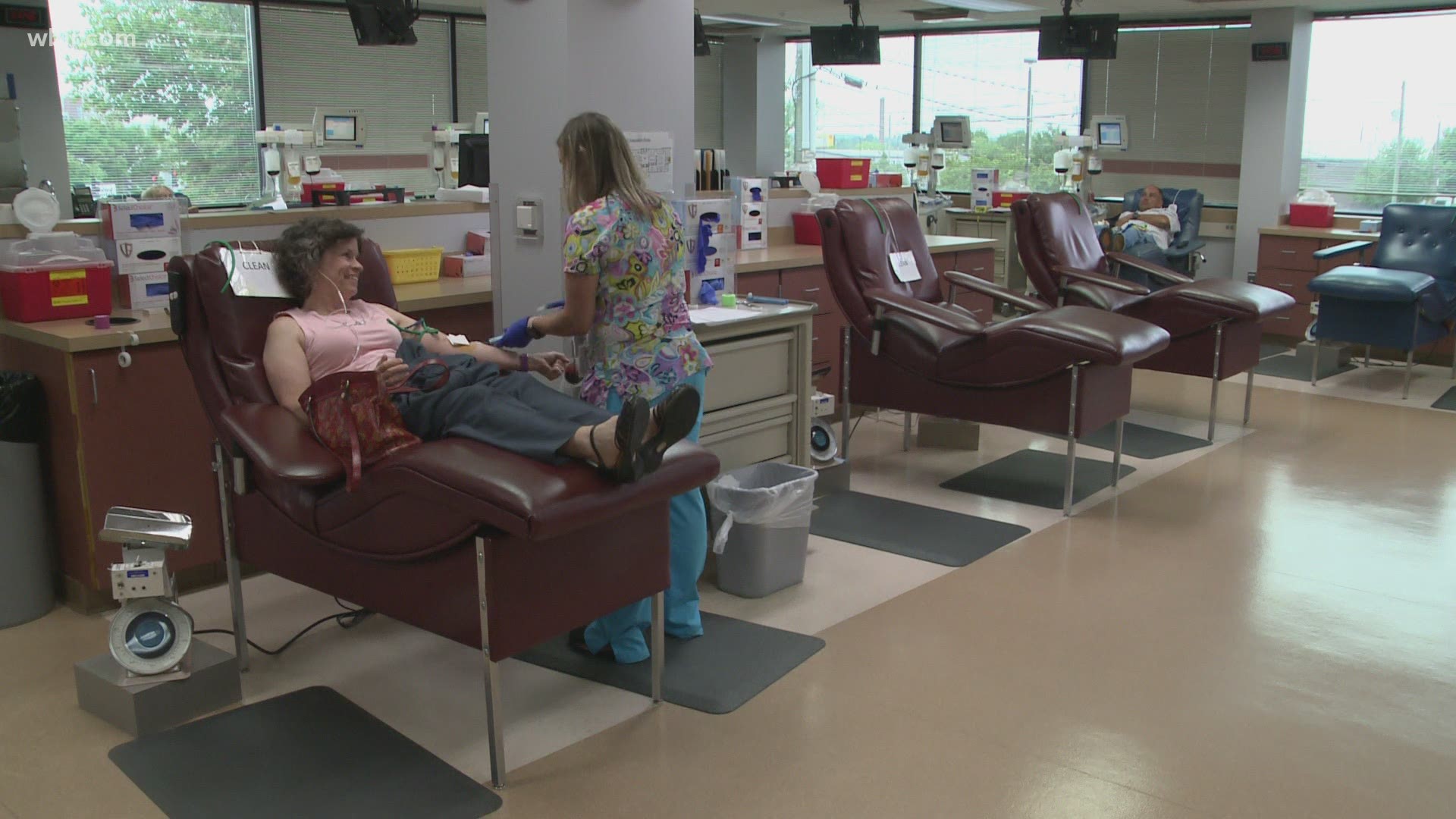 KNOXVILLE, Tenn. — People with certain blood types have a chance to save lives after MEDIC Regional Blood Center announced that it was critically low on some of its supplies.

On Tuesday, they announced they had less than a day's supply of "O-" blood. Then, on Wednesday, they said they were in critical need of "O+" donations. Officials said they usually see increased demand for blood during the summer as people get out more and more accidents happen.

They also said it is when many regular donors stop giving blood as much due to schedule changes, leading to a lower supply.

"In the last several weeks, we have been at a critical need of 'O-' and 'O+' blood types and we continue with that critical levels of 'O-' right now, with very few levels on the shelves to distribute if someone called us right now," said Kristy Altman, who works with MEDIC.

People who want to donate can visit one of MEDIC's East Tennessee locations. Officials said it only takes around an hour to donate blood, and appointments can be scheduled online.

Officials also announced that donors will receive a special edition tie-dye shirt, a special wristband, a coupon for Texas Roadhouse and will be entered to win a $50 Food City gift car for World Blood Donor Day on Monday.

Monday is World Blood Donor Day and we are celebrating! All donors will receive a special edition tie-dye t-shirt, #WBDD...