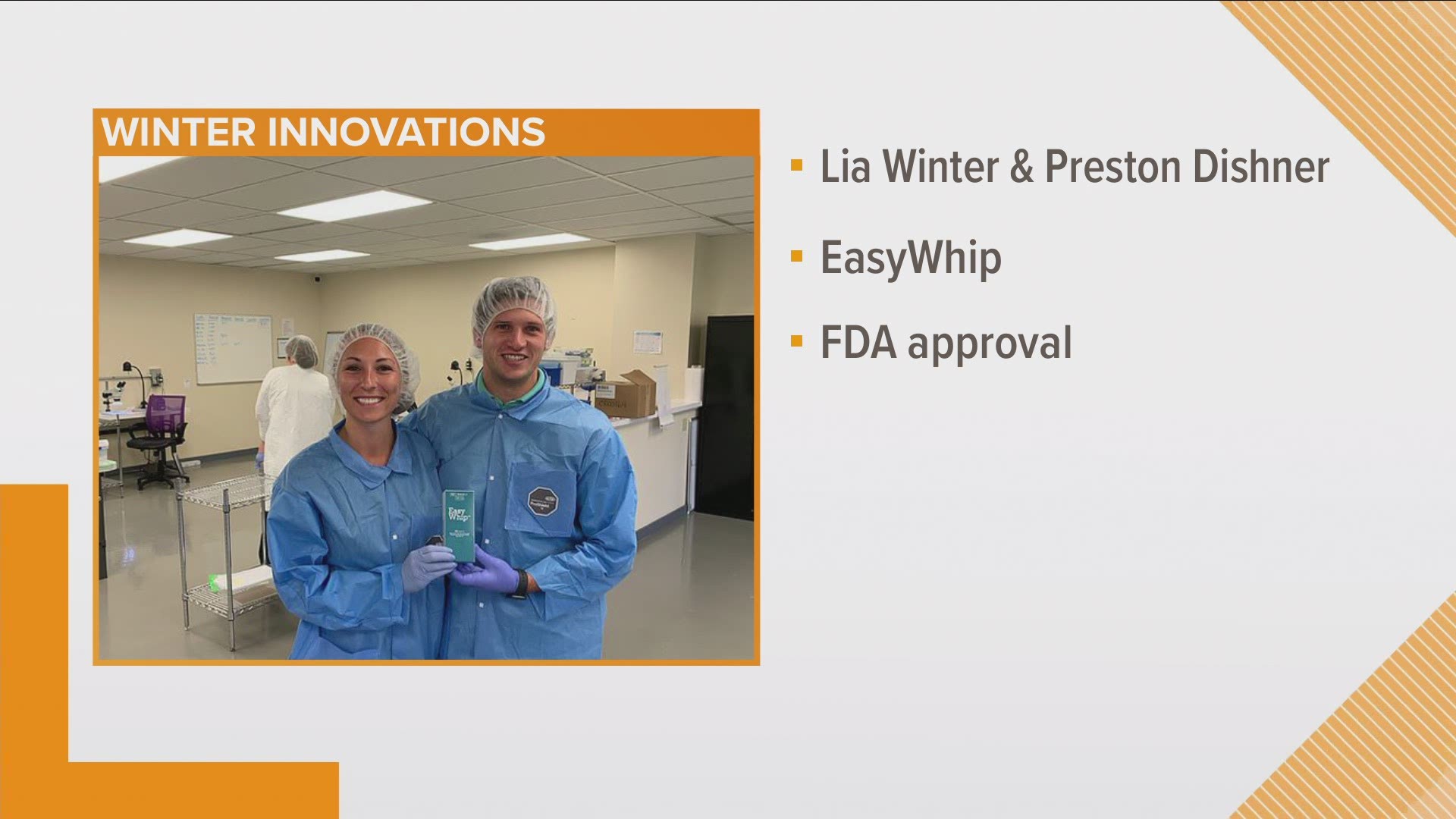 EasyWhip, a medical device designed to increase the speed and accuracy of whipstitching during orthopedic reconstruction procedures, just received premarket clearance from the US Food and Drug Administration (FDA).

"FDA clearance is the biggest milestone we have achieved to date," said Winter.

"Now that we have the FDA clearance, we can start marketing the product and its associated speed and ease-of-use benefits to surgeons and hospitals," Winter added. We are looking forward to the opportunity to launch EasyWhip and positively impact the lives of surgeons and patients."

The idea for EasyWhip began when Winter watched her mother undergo two ACL surgeries within 10 days. Complications from the first surgery led to the second one and quadrupled the recovery process for Winter's mother.

During her senior year at the University of Pittsburgh, she developed a prototype for EasyWhip which would go on to be the flagship product of her own company, Winter Innovations.

Winter and Dishner met at an orthopedics company where both were interning for the summer. Dishner and Winter learned of UT's dual degree program and both enrolled there the following year.

While pursuing their dual degree in UT's MS-MBA program, the two began refining EasyWhip's design. From there, they pitched and entered EasyWhip in multiple competitions, such as the Anderson Center for Entrepreneurship and Innovation’s Vol Court Pitch Competition and the Boyd Venture Challenge, where they earned money as well as valuable input.

The money earned helped fund the filing for their patents, create a business plan, interview multiple surgeons to hone their design, and develop better prototypes.

Even after the two graduated in the spring of 2019, they continued to pitch EasyWhip until they received their first big investor, the Angel Round Table.

Last month, Winter Innovations received a $256,000 grant from the National Science Foundation. With the grant, the company will continue to research and develop EasyWhip for orthopedic applications as well as explore other surgical possibilities.

"The buzz, excitement, and support that the University of Tennessee has generated around entrepreneurs and startups in the Knoxville area have created a powerful network of resources for budding companies that we have been able to tap into," Winter said. For us, like many startup companies, a key element to our success has been fundraising, and we take pride in the fact that we were introduced to several of our current investors during our time at UT."