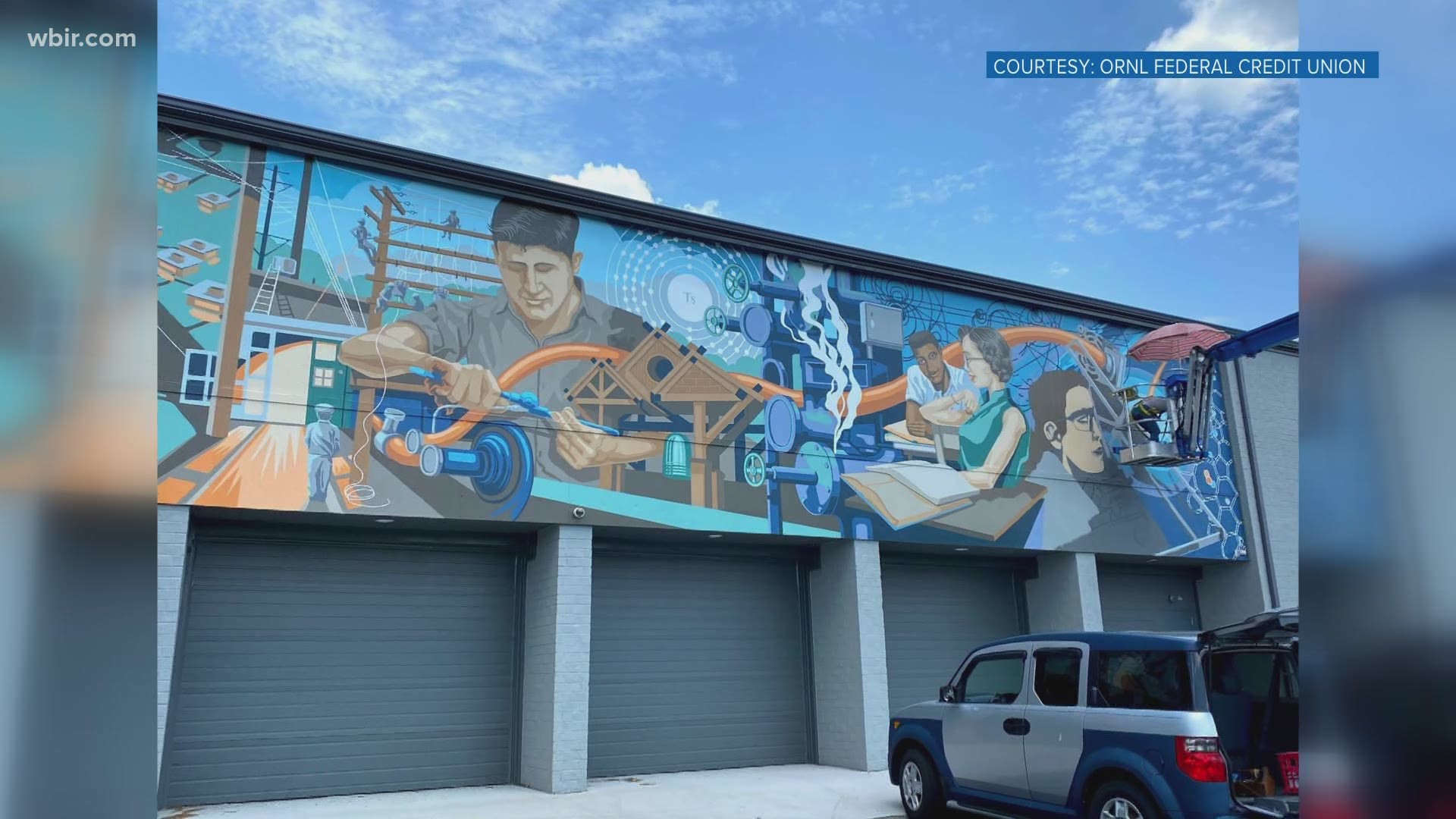 OAK RIDGE, Tenn. — The City of Oak Ridge has some new art after an East Tennessee artist finished a mural about the city's history.

It was painted on a building owned by ORNL Federal Credit Union on Broadway Avenue and features workers from throughout the city's history. It spans around 100 feet and features scientists, linemen and pipe workers.

Along the wall are portraits of workers in Oak Ridge, showing off feats of engineering while also portraying researchers working at Oak Ridge National Laboratory. Officials with the credit union celebrated the mural's completion on Tuesday, gathering at the building for a reveal event. 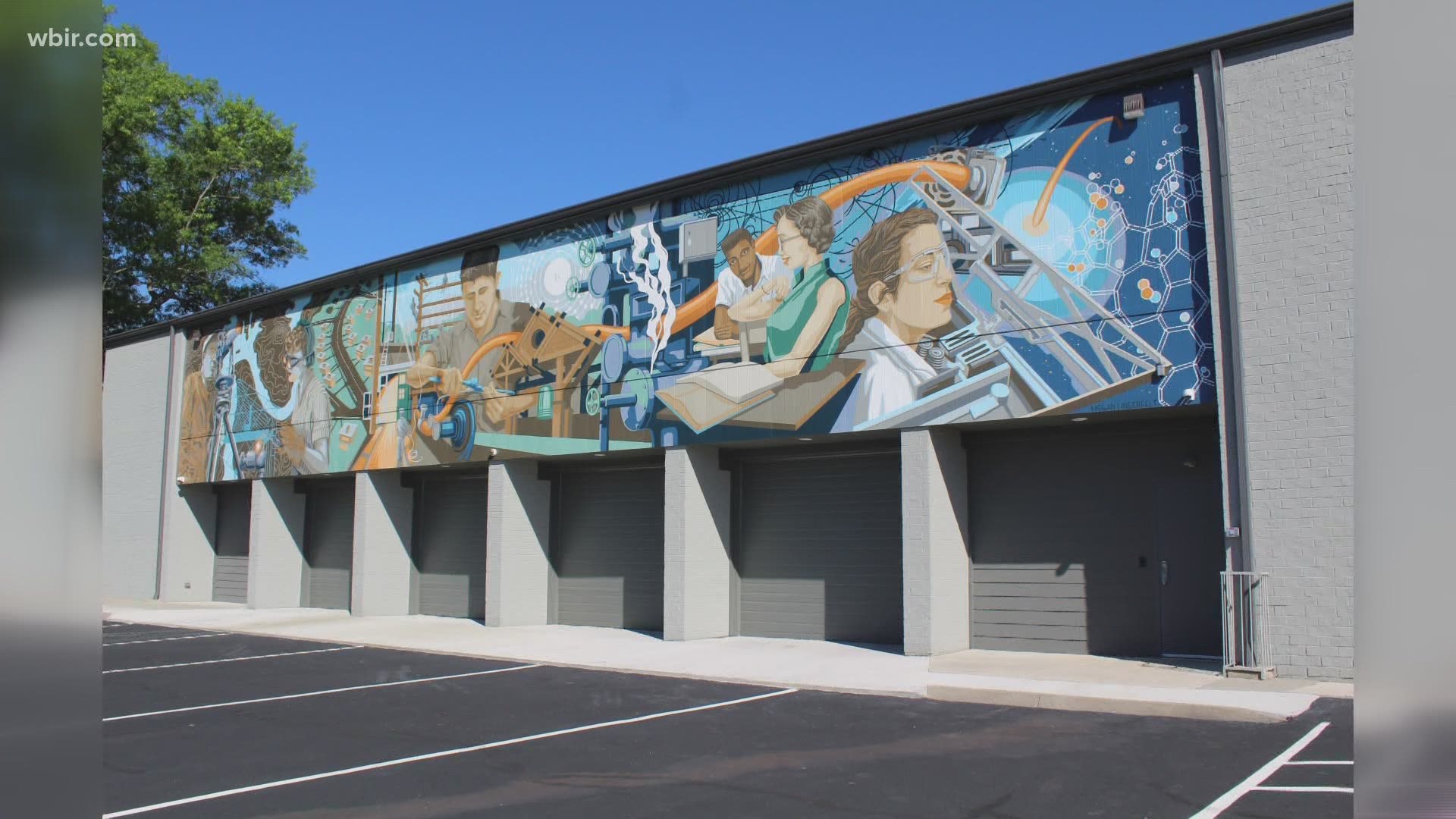 Everyone was invited to attend. The President and CEO of the credit union also stopped by to see the mural.

The building is located at 303 Broadway Avenue, and officials said it is expected to be the future home of Anderson County Family Justice Center, according to officials.

Anyone who wants to take a peek at Lingerfelt's work can drive by the building.

She said that a contrasting palette and a differing scale between the linemen and pipe workers made it fun to paint. It faces south, towards West Tennessee Avenue.

Earlier today, we celebrated the official reveal of the completed mural at our Broadway Avenue building in Oak Ridge. 🎉...