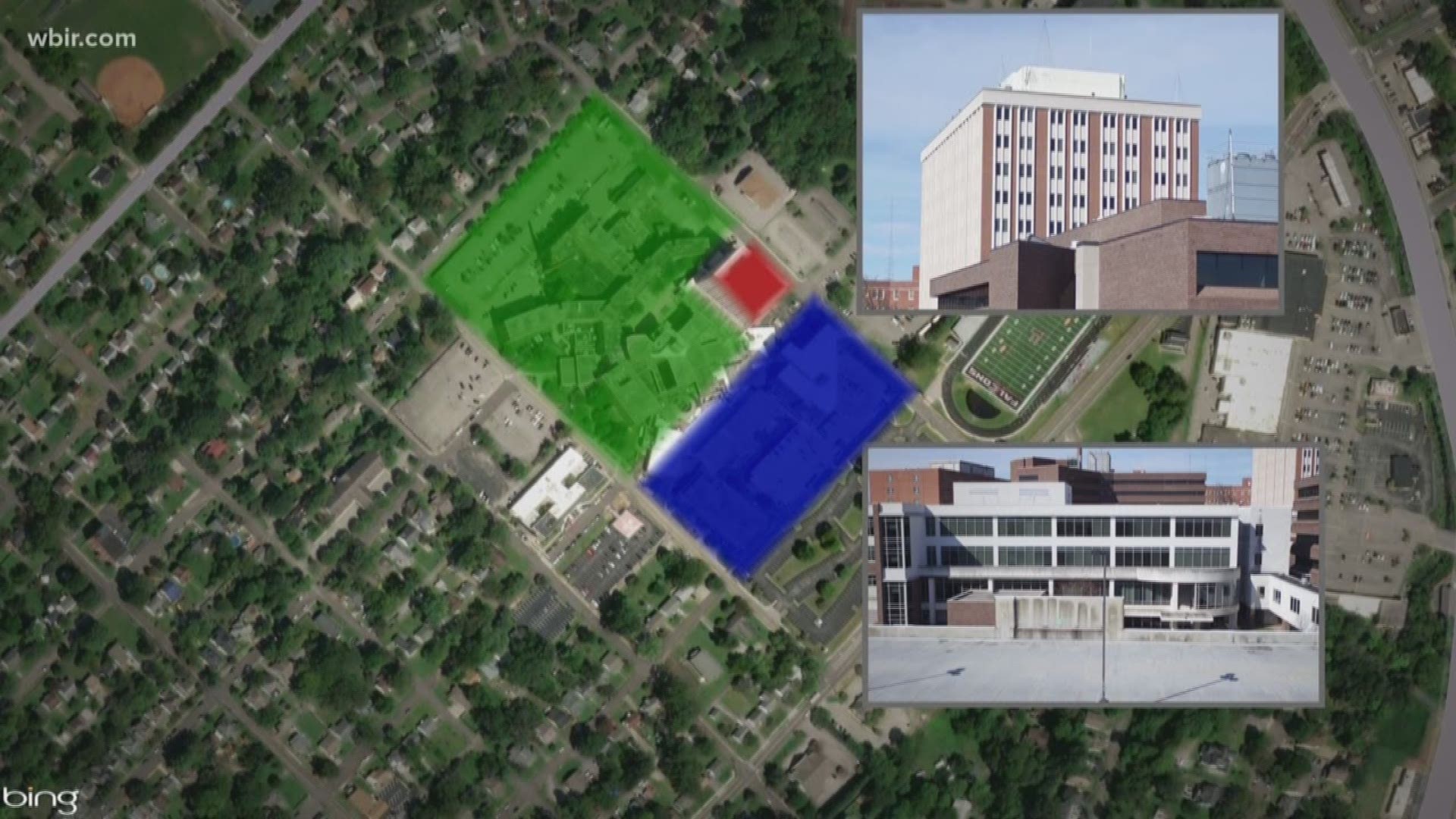 Officials with the City of Knoxville said Friday that the site's central wing and its patient tower were in the process of being torn down. They also said they plan to demolish the North Campus Annunciation Wing, the Marion Wing and the West Wing.

City officials said they are creating a blank spot they can use for future development by clearing the north end of the campus. They also said they are spending an additional $6.5 million to clear the area.

The hospital's stalwart and 1929 Building will be preserved, according to officials. The 1929 Building is the original hospital building and will act as an anchor for future development.

Lincoln Memorial University is converting the Magdalen Clarke Tower into classrooms, according to officials. The Professional Office Building, the Central Wing Annex and the Women's Pavilion are being repurposed into the Public Safety Complex.