On Saturday, people stopped by the zoo to pay their respects to James Cox. His sons said he was a man of integrity who loved people and animals. 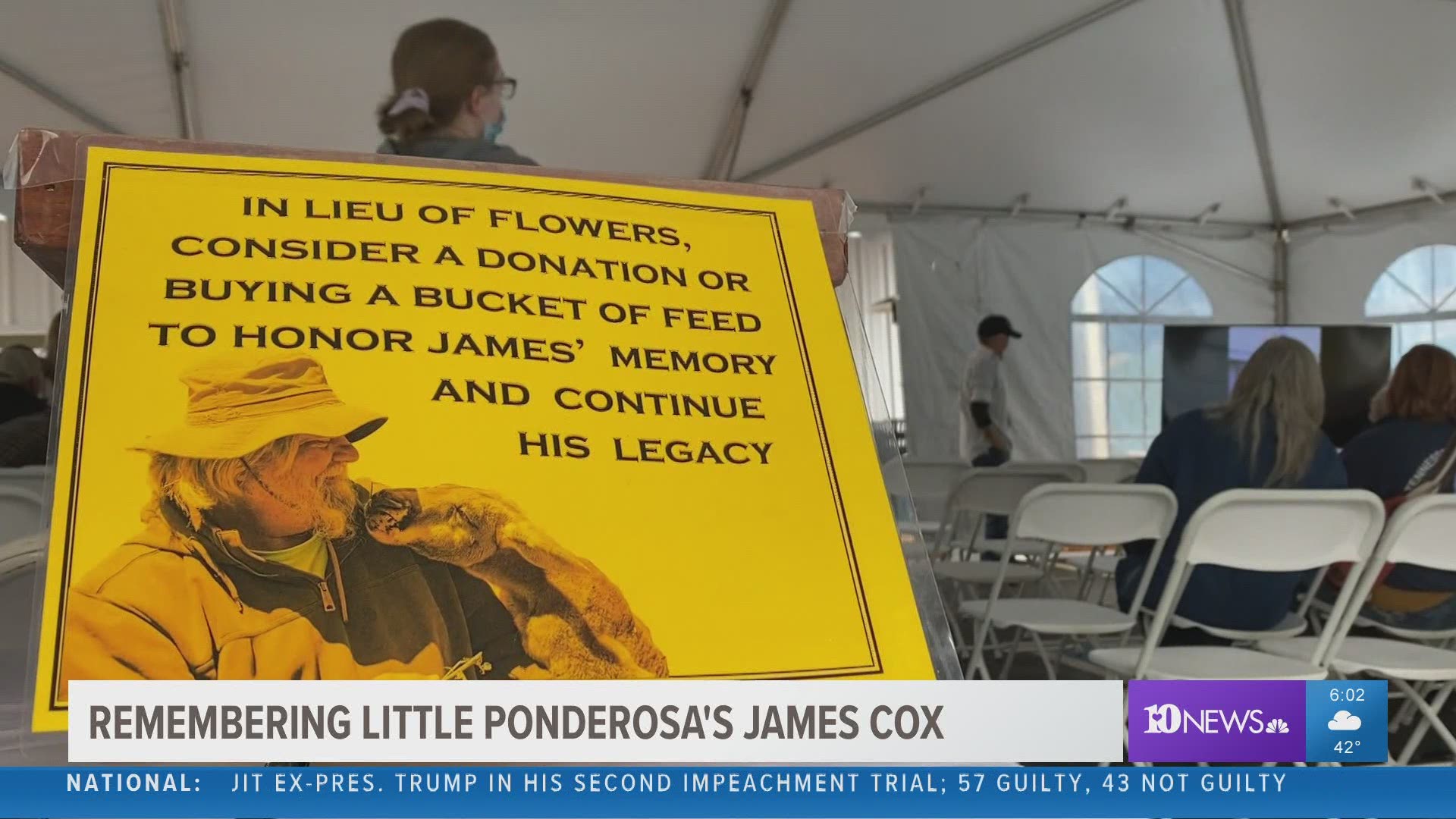 CLINTON, Tenn. — Growing up, Corbin Cox knew he wanted to be one of three things: a farmer, a zookeeper or a cowboy. Now, he's all three after a bit of help and encouragement from his dad, James Cox.

James Cox, 61, died on Tuesday. He founded and ran the Little Ponderosa Zoo and Rescue in Clinton, Tenn.

"He was just outgoing and ready to rescue any animal anytime," Corbin said. "We've had a lot of good memories together. Most of them, of course, down here working with different animals, catching different animals."

On Saturday, East Tennessee community members stopped by the zoo to pay their respects and remember James' legacy.

RELATED: 'We'll continue his mission' | Family of Little Ponderosa Zoo owner will carry on his legacy

"The man always had a plan, never failed," his son Cade Cox told 10News. "He's irreplaceable. This is his passion."

Corbin told 10News his father James was known for taking chances — and succeeding.

"That's a big reason why he got to where he is today," Corbin said. "If he thought he could do something, we were trying it. And most the time, if he was there, it was going to go just fine."

Cade and Corbin said they intend to keep the place running in their father's honor.

"I'm ready to carry on what he started because that's what he would want. That's what I've always wanted to do anyway," Corbin said. "[He's] looking down on me. I want to be doing what he wants me to be doing."