Motorcycle group to hit the road for remembrance ride, in honor of victims of 9/11

A motorcycle club mostly made up of former law enforcement officers will hold a remembrance ride on Sunday to honor victims of Sept. 11. 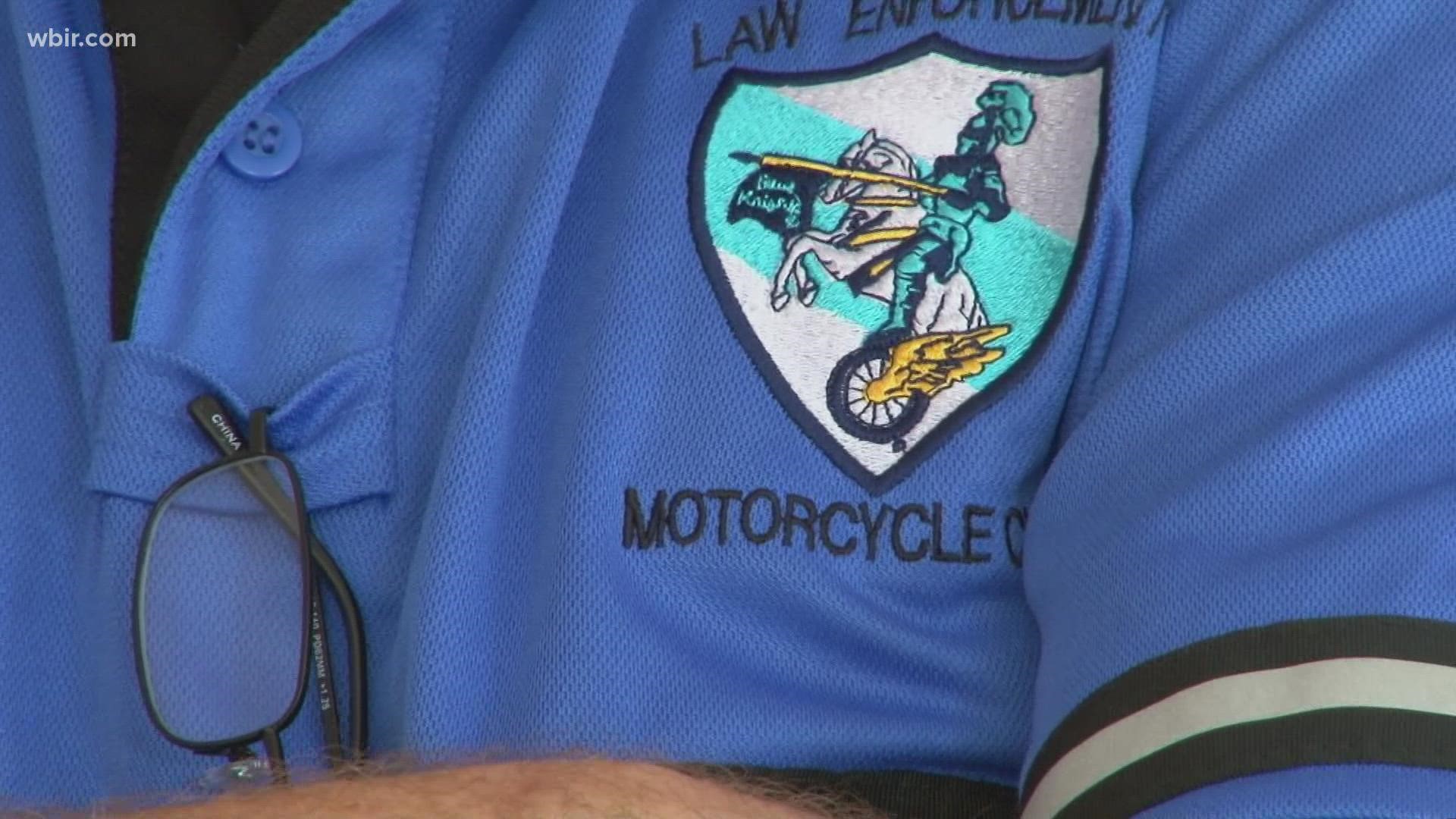 KNOXVILLE, Tenn — A group of bikers will head to the streets Sunday to remember and honor the victims of the Sept. 11 terrorist attacks.

The "Blue Knights III" is a part of an international motorcycle club comprised of active and retired police officers. The Knoxville chapter of riders is holding a remembrance ride on Sunday at Bootlegger’s Harley Davidson, in West Knoxville.

Nearly 3,000 people died in the terrorist attacks, and 400 were emergency workers. In the motorcycle club, 8 members were New York Police Department officers at the time and more of these riders rushed in to help.

Robert McCaffery is a member of the Blue Knights III. For 20 years, he has carried a terrifying memory.

"It was just a horrendous scene. There was smoke and there was fire. It smelled,” he said.

A former captain for the Morris County Sheriff's Office in New Jersey, Mccaffery like many other first responders volunteered to help search for victims after the attack on the World Trade Center.

"There was grey dust everywhere. There were people everywhere. It was all quite disorganized. There was nobody in charge. Nobody in command. You just kind of pick up your spot on the pile and you started picking things up and handing it back," Mccaffery said.

He said that he met up with an NYPD officer in Staten Island before taking a ferry into the city, where much of the devastation was. He said that stepping off the ferry was like stepping onto a movie set, with grey dust and destruction all around.

After the attacks, he said nothing else mattered. Like many of his fellow officers, he just wanted to help.

"It's the greatest city in the world and I just felt I had to do something and going in to help was the best thing I could do," he said. "We have guys over there day after day breaking their backs to save people, and then later to recover as much of a body as possible so the family could have as much of a closure as possible."

To this day, some of the motorcycle club members can't talk about what they witnessed. But some said that the events of Sept. 11 bonded them forever.

Anyone can join the remembrance ride on Sunday with the group. The Knox County Sheriff's Office will escort riders starting at the Bootlegger Harley Davidson in West Knoxville at 10 a.m. Click here to learn more.