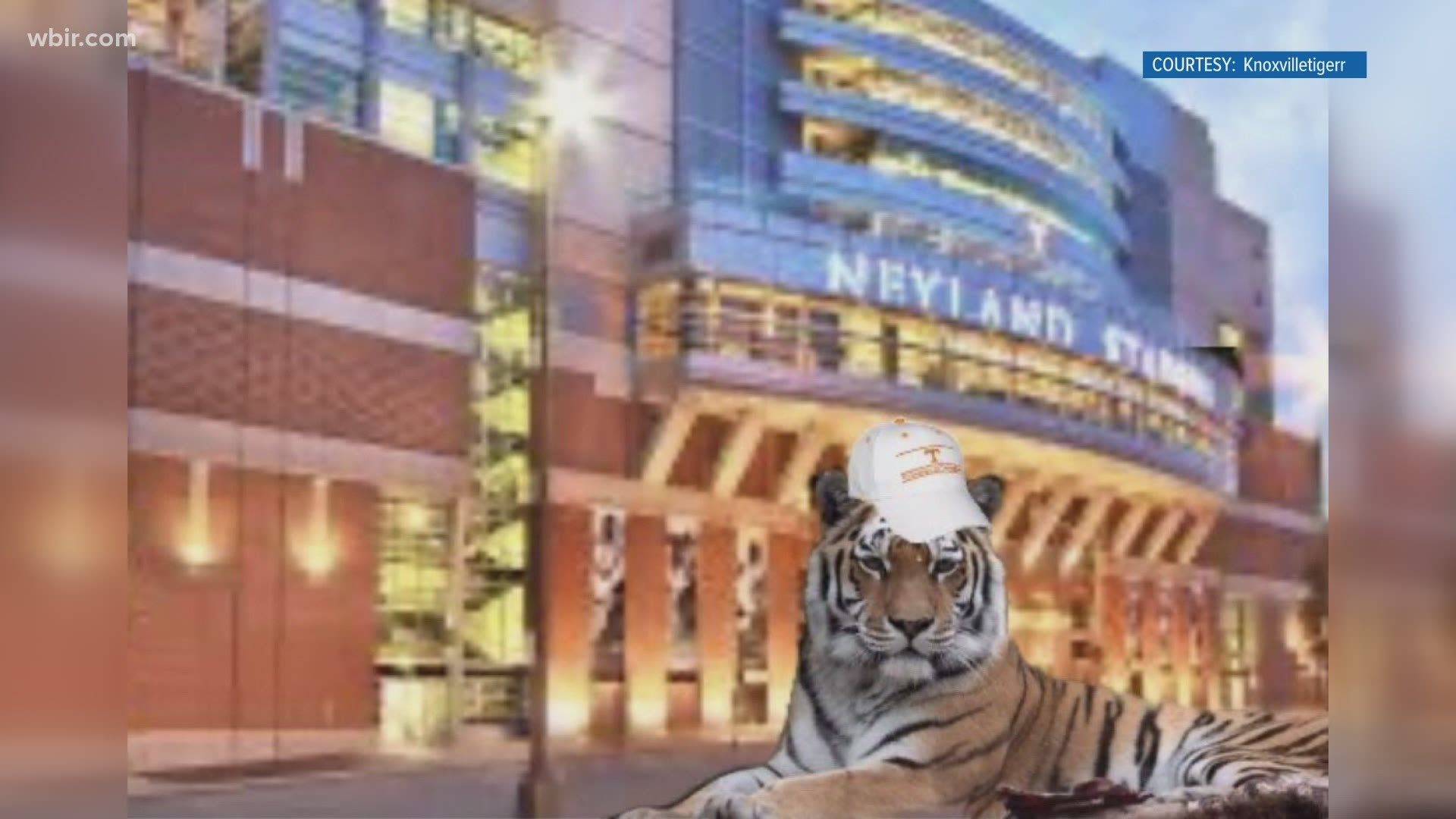 KNOXVILLE, Tenn. — A tiger spotted in East Knoxville isn't just posting on Twitter — it has people in the city roaring as authorities search for it.

The tiger was first spotted off of Island River Drive in South Knoxville Wednesday night, according to the Tennessee Wildlife Resources Agency. They also reported a second sighting near Thorngrove Pike. Officials also said that the sightings were unconfirmed.

The Knox County Sheriff's Office issued an alert about it Wednesday night.

Since then, an account for the tiger was created on Twitter and several users posted jokes about it on Facebook and Reddit. Many posts referenced an incident Tuesday when a plane made an emergency landing on I-640 after it ran out of gas.

On Twitter, an account pretending to be the tiger attracted thousands of followers less than a day after agencies first reported the unconfirmed sightings. Several posts on a local subreddit also discussed the tiger.

TWRA said a trap has been set and if the tiger is caught, it will be taken to Tiger Haven, according to the TWRA. Tiger Haven, a nonprofit providing a sanctuary for big cats in Roane County, has also assisted in the search.

Come and get me pic.twitter.com/A8sABfVT1W

RELATED: "I spotted a tiger in my backyard!": 911 calls reveal tiger tracks in East Knoxville

Tiger Haven is a big cat sanctuary located in Roane County that opened in 1991. It is currently home to 265 cats including tigers, lion, leopards, cougars, jaguars and more.

Zoo Knoxville has confirmed all of its tigers are accounted for. The Roane County Sheriff said that all Tiger Haven animals are also accounted for.

lol how yall think I got here? https://t.co/CqchEcW0Lq