The College of Communication and Information at the University of Tennessee hosted the 13th annual CCI Experience Diversity Banquet virtually. 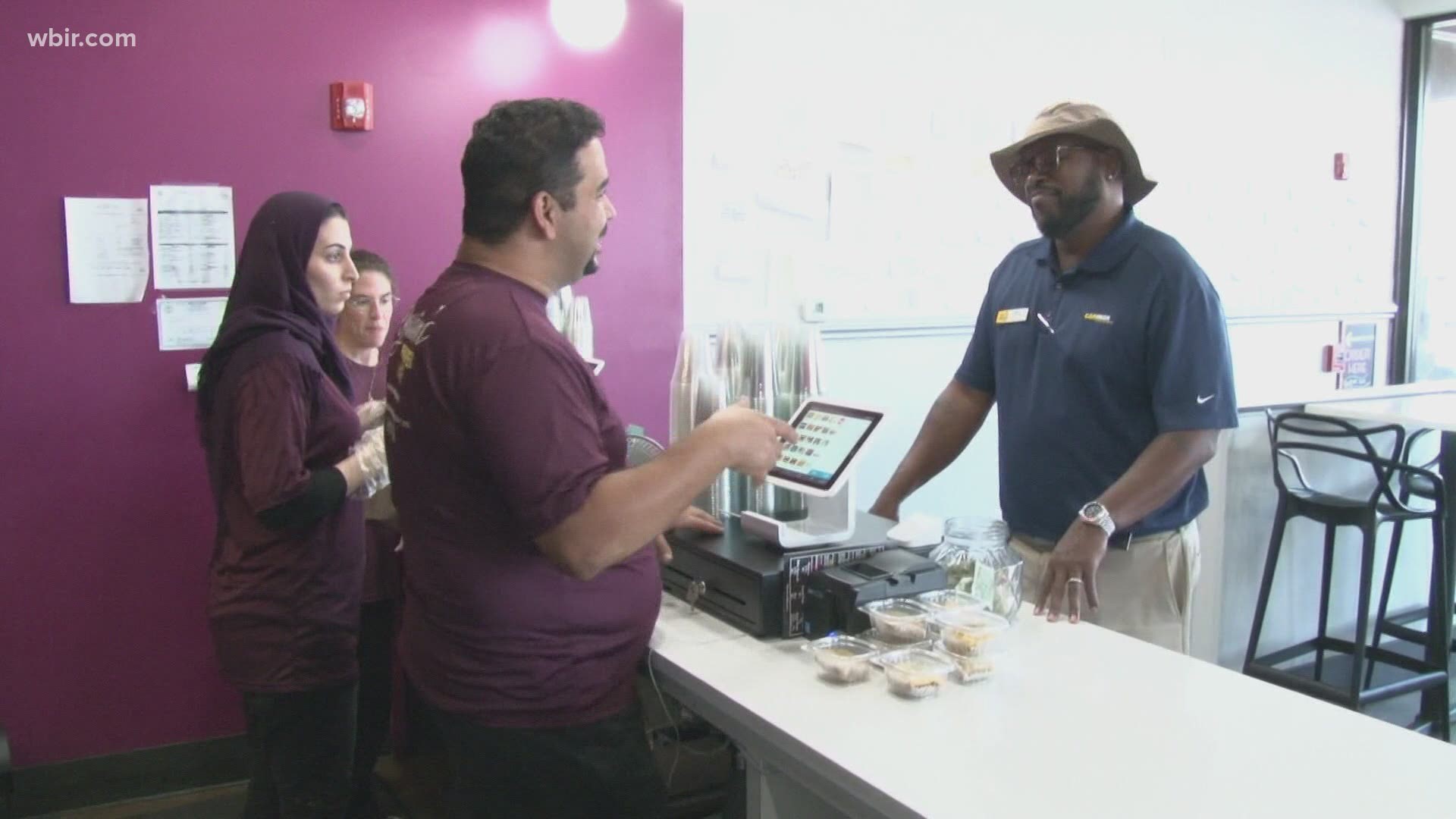 KNOXVILLE, Tenn. — Yassin Terou, the founder of Yassin's Falafel House, has been featured on several shows and received accolades of all kinds. Now, he is adding one more to the list.

The College of Communication and Information at the University of Tennessee presented him with a CCI Diversity Award on Friday. It was part of the CCI Experience Diversity Banquet, which was held virtually on Friday.

The theme of the event was "Rise Up!" and featured a variety of multicultural performances, including some from members of the Diversity Student Leaders Society.

Terou received the award for using his recognition and platform to help people in need across Knoxville, according to officials from the college. He helped feed children during the COVID-19 pandemic and also fed hurricane victims with a pop-up kitchen in Nashville.

"He arrived in Knoxville as a refugee from Damascus, Syria, and by the time he became a US citizen a decade later in 2020, his kindness, enthusiasm, hard work, and generosity had earned him a remarkable number of awards and recognitions," officials said.

In 2014, he opened Yassin's Falafel House in downtown Knoxville as a place welcoming to people of “all sizes, all colors, all ages, all sexes, all cultures, all religions, all types, all beliefs.”

Awards were also presented to Tyvi Small and Theotis Robinson Jr. during the event. Small is the Vice Chancellor for Diversity and Engagement at UT, and Robinson Jr. was the keynote speaker.

He is an advocate for equality and helped ensure Black graduates could attend the University of Tennessee, after applying to attend and meeting with several university leaders in 1961.