Together they've traveled nationwide aiding in the Oregon fires, Hurricane Michael and the Putnam County tornado. 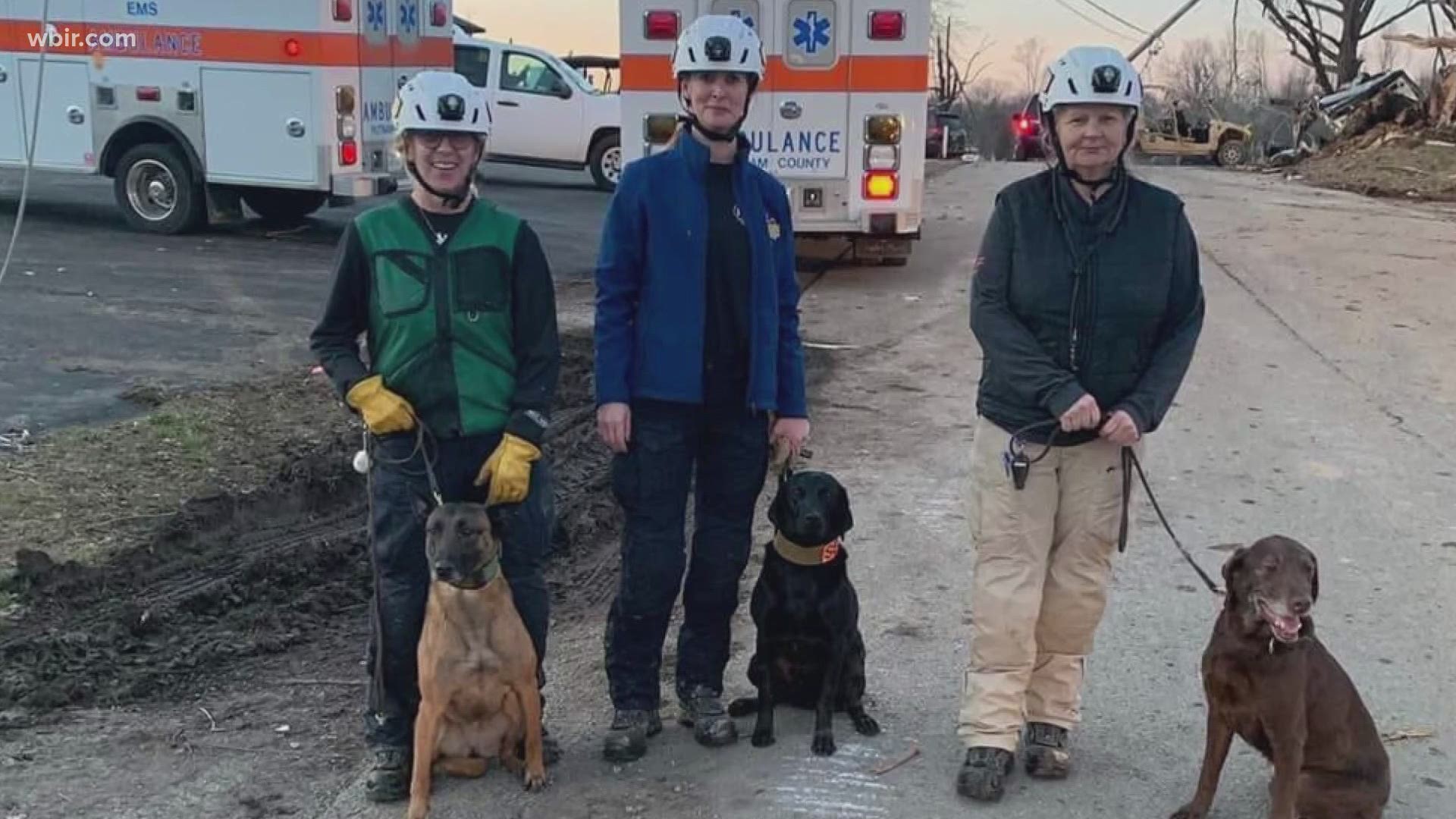 KNOXVILLE, Tenn. — A University of Tennessee professor has spent years aiding in rescues after catastrophic events like hurricanes, tornadoes, fires and bombings.

Alongside her are her dogs.

Together they play an important role in giving closure to families searching for loved ones.

"It's so rewarding when you pass a test, get certified and get called out. It's important," said Jackie Johnson.

You can find Johnson teaching for UT's Tickle College of Engineering on most days, but for a handful throughout the year she switches gears.

Johnson is a K9 handler for FEMA's Urban Search and Rescue Tennessee Task Force. She's on call every third month to help if the task force is deployed.

"Being a part of a big team like that is very rewarding and different from academia."

She's spent countless hours training her dogs. Some specialize in finding people still alive in rubble and debris, which are rare occurrences. Others are trained to find human remains, which helps families affected by disasters get closure.

"My job is to indicate to the rescue people, so my dog will go up and bark when she smells the scent she's trained to find."

Together they've traveled nationwide aiding in the Oregon fires, Hurricane Michael and the Putnam County tornado.

"Whole house was gone, it was just the floor. There on the floor were two pictures...they were all killed. That really brought it home. I went home and looked at a storm shelter."

Fewer than 400 dogs are certified by FEMA. One rescue she recently certified was found on the streets.

"To see this little mixed breed dog that was kicked out of her home become a certified FEMA dog, to me that's incredible."

Johnson continues to train her dogs year round, always ready to serve when called.

The 2021 Atlantic hurricane season began this month meaning stronger weather and a chance for Johnson to be called out.