On Saturday, volunteers gathered in Zaevion Dobson Memorial Park to clean up in memory of the teen lost to gun violence in 2015. 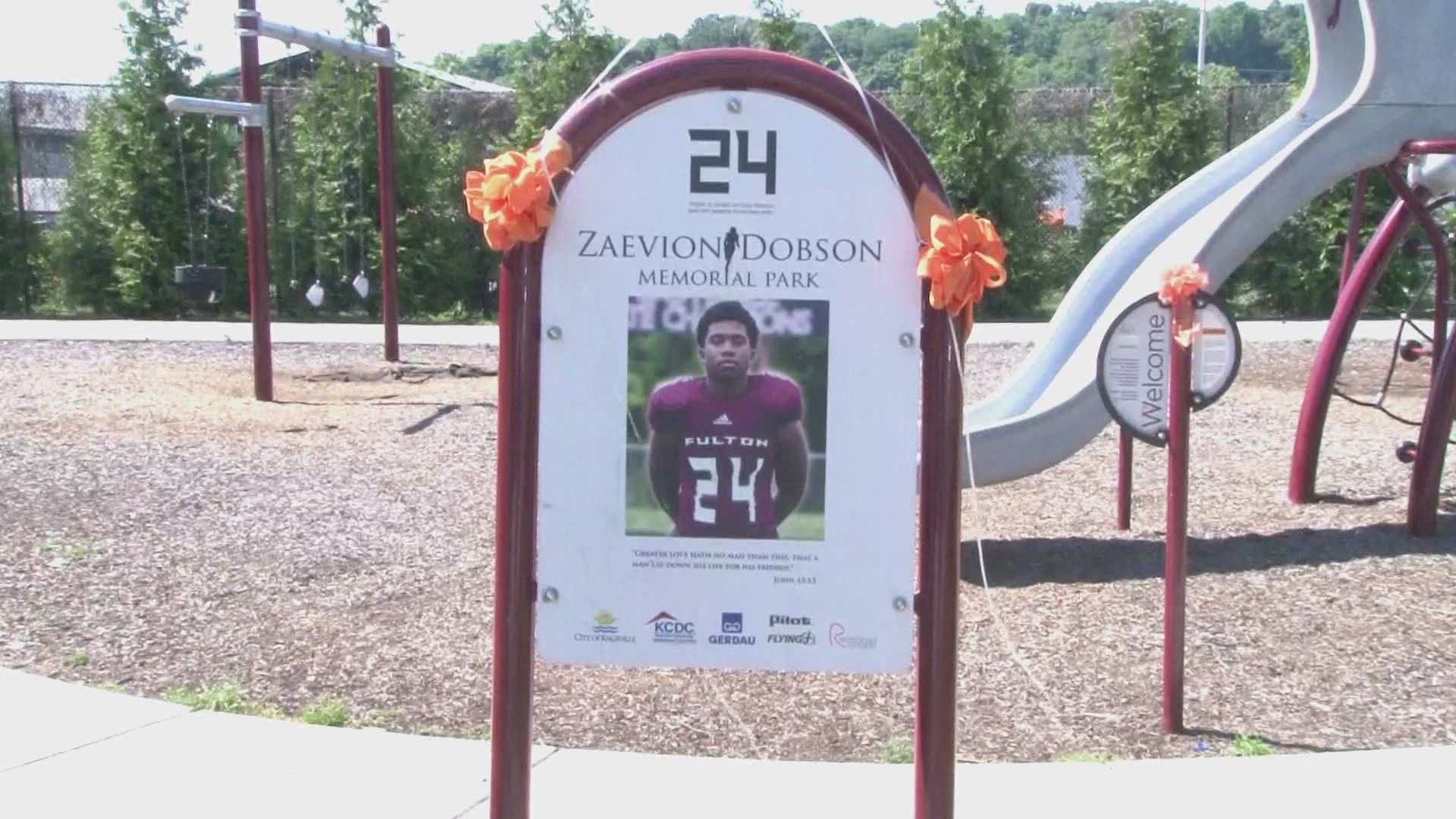 KNOXVILLE, Tenn. — "Unity in the Community" — that’s what Saturday was all about as volunteers gathered at Zaevion Dobson Memorial Park to remember him and others who died due to gun violence.

“Keeping the park clean is very fulfilling,” said David Lane, a volunteer during the event.

Since Zaevion’s death his mother, Zenobia Dobson, has been fighting against gun violence.

“We just want to raise awareness in the community,” she said.

She is a volunteer with Moms Demand Action, an organization fighting against gun violence. The park was built in memory of her son after he died shielding classmates from gunfire in 2015.

It is also the place where Zaevion's life was taken. Police, advocates and community leaders all said he died a hero.

“The first thing you see when you walk up is Zaevion's photo. I think out of respect for him and everything that this park means to the Lonsdale community and the kids here, it's just great to pitch in where you can,” said Lane.

The volunteers at the event did not leave the work undone. They spent a few hours throwing away trash, picking out weeds, and sweeping to make sure Zaevion's memory is well kept.

It's a kind of tradition. Each year around this time, Moms Demand Action does something good for the community.

“Every year in June, Moms Demand Action, we wear orange in honor of those who have lost their lives,” said Terry Walkersmith with the organization.

Zenobia said she believes her son and others who died of gun violence are smiling down on their fight to stop violence from continuing.

“A ribbon in the sky from heaven, they would be smiling down and rejoicing from heaven today," she said.