Jackie Harrison, 77, was separated from his family at the Halls Walmart Sunday evening. He has dementia, as well as other medical conditions. 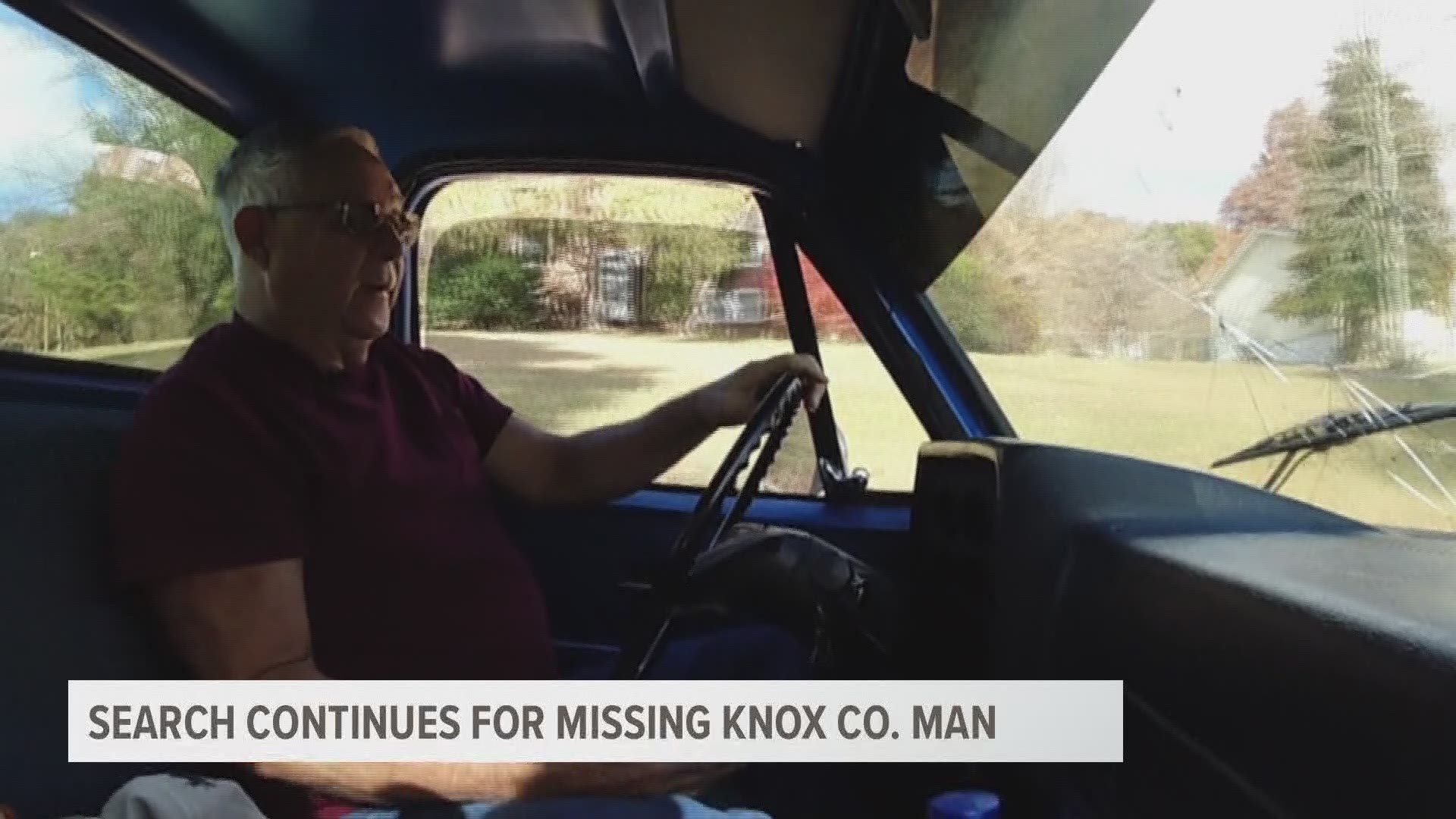 KNOX COUNTY, Tenn. — For two years, Diana McKinney looked after her dad. He had dementia and would occasionally wander off.

McKinney said her dad walked really fast and could disappear in an instant, much like the case of missing 77-year-old Jackie Harrison. The search continues days after Harrison was separated from his family at a Halls Walmart on Sunday, and McKinney knows all too well what it's like to search for a loved one.

"I heard that [Jack] was missing and it touched my heart," McKinney said. "It just reminded me so much of my dad."

Her dad never went missing for more than a few hours, McKinney said. She could not imagine what it was like to not know where someone is for more than three days.

"I had to start helping look for him," she said. "I made some flyers and handed them out... just drove around and yelled out his name."

On Wednesday, she and a small group of volunteers canvassed the area between Rifle Range Road and Emory Road, hoping to catch a glimpse of Harrison.

The Knox County Sheriff's Office also continued their search with helicopters. Family members were also driving around to search for him.

"I was shocked, hurt," Jack's cousin Ron Long said. "It's a hard situation to be in when you lose anything: loved one, pet or anything."

Long said his cousin is on multiple medications and that he is worried what could have happened in the days without them.

"I know he's scared," Long said. "But I think unfortunately they're going to find them in the woods. The last time he turned up missing, that's where he got found."

Still, Long said he was praying for Jack's safe return.

"It's all in his hands as to where he's at, how he's doing," Long said. "I was just praying earlier that the Lord would help the family because this is a very trying time."

If you see Jack Harrison, KCSO says the most important thing is to call 911 and keep him in sight until authorities can arrive.

Family members told McKinney to say "Jack, Karen's waiting for you," in order to keep him in one location. Karen is the name of Jack's wife.

KCSO said Jack is fine to approach if you feel comfortable.