Knoxville's Festival on the Fourth won't happen. City officials said details for a smaller celebration are still in the works. 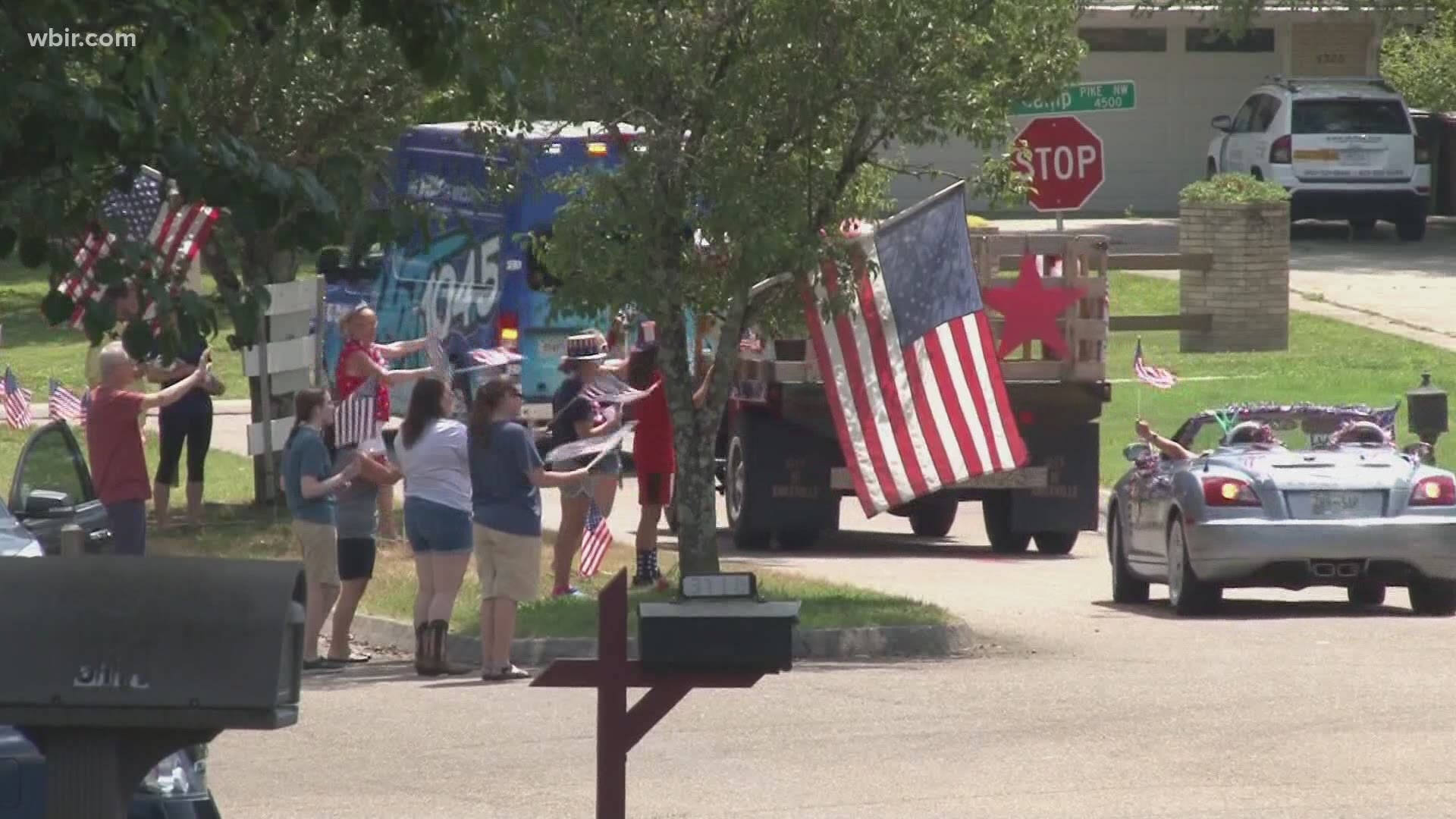 SCOTT COUNTY, Tenn — The Biden administration recently announced plans to get the nation closer to normal by Independence Day, which includes making all adults eligible to receive the COVID-19 vaccine by May 1.

The Fourth of July might seem far away, but some East Tennessee cities are busy planning their celebrations. Although, many are still unsure if it's doable this year.

Many Independence Day celebrations looked different last year, in the middle of a pandemic. Many cities opted out of celebrations entirely, but some adapted and held other kinds of events.

Knoxville celebrated while social distancing, driving caravans of cars through neighborhoods.  Huntsville in Scott County held a parade and fireworks, but on a smaller scale than normal.

"We thought being a small rural community we can spread out and do it safely and we did," said Huntsville Mayor Dennis Jeffers.

He said the town plans to do the same this year. With the hope of more potential attendees being vaccinated by July, Huntsville's celebration plans will also include live music and more vendors.

"We're going to adapt and as we see the vaccinations picking up, hopefully, we'll be able to do a little bit more. But, all the while we're going to be very conscious of being safe," said Jeffers.

He credits the town's ability to let people spread out in its rural area to its ability to potentially host an event.

Other cities throughout the region are unsure of what Independence Day will look like.

Knoxville's Festival on the Forth won't happen. City officials said details for a smaller celebration are still in the works.

Last year, Gatlinburg canceled its 45-year-old Midnight Parade. City officials said that they aren't ready to comment on what will happen this year.

Anderson County held its own firework show last year after cities nearby canceled, but county leaders have no plans to do the same this year.

A spokesperson from Oak Ridge said city leaders are in the early stages of discussion.

"It's very important that we adapt, be safe and safety-conscious, but at the same time celebrate our Independence Day," said Jeffers.

Huntsville's celebration is a fundraiser for their volunteer fire department. Jeffers said there will also be arts and crafts, races and a pancake breakfast.

Nashville recently announced they're having an in-person Fourth of July event due to success from vaccinations.