The ConAgra facility in Newport to close in January 2021 and all 350+ people who work there will be laid-off. 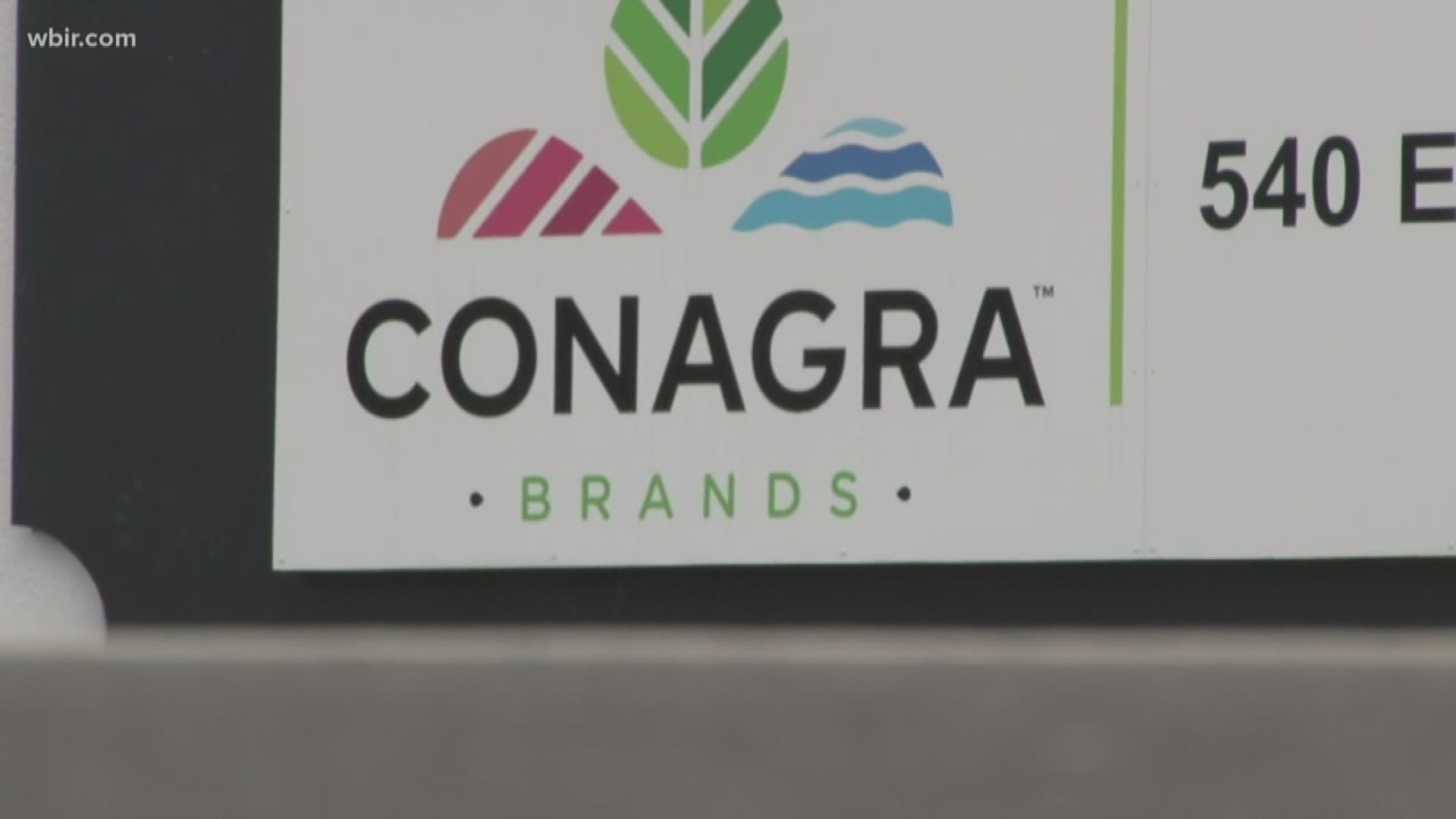 NEWPORT, Tenn. — Cocke County officials are preparing for a major economic hit when Newport's ConAgra plant closes next year and takes at least 350 jobs with it.

The plant in Downtown Newport has been the town's main employer for more than 100 years, Cocke County Partnership President Lucas Graham said.

"It's a lifeblood for the community," he said. "It's a ton of jobs for Newport."

In 1898, the Stokely Brothers established what would go on to be one of the nation's largest vegetable canning operations in Newport.

ConAgra bought the facility in 1995, and it would continue manufacturing items such as Hunt's ketchup, tomato sauce and Van Camp's canned bean products there. ConAgra announced the closure last week.

In a statement to 10News, the company said it will close the plant in January 2021 to increase efficiency.

Now Cocke County's economic development board is tasked with attracting other companies to the area.

"It typically takes two--more like three--years to close a deal of this magnitude," Graham said. "Unfortunately we’ve got less than 12 months."

Graham said his work is cut out for him.

"The sun will come up tomorrow, and there’s no need of laying down or giving up. We will figure it out," he said.

PHOTOS: Factory workers at Newport plant through the years

ConAgra announced this week that its plant in Newport, Tennessee, would be closing in January 2021.

"Today we informed employees that we are closing the Newport, TN facility. We expect to end production at the facility in January of 2021. These changes will allow us to optimize our expanded network, which grew upon our acquisition of Pinnacle Foods last year. We explored a variety of options and have determined that this decision will allow the company to increase efficiencies within the larger scope of our company.

"We regularly review operating costs across the business in an effort to become more lean, efficient and productive. This is a routine exercise that includes every facility in our network. As is always the case when we make a decision like this, we have the utmost consideration for our employees and how they will be affected. It is important to us that we treat impacted employees fairly and with a high degree of respect."

All 350 positions will be eliminated, a company spokesperson said.

Details were limited. This article will be updated as more information becomes available.