One man charged after shooting in Cumberland County on Friday

Deputies said that the shooting was reported off Butternut Ridge Road in the Rinnie community. 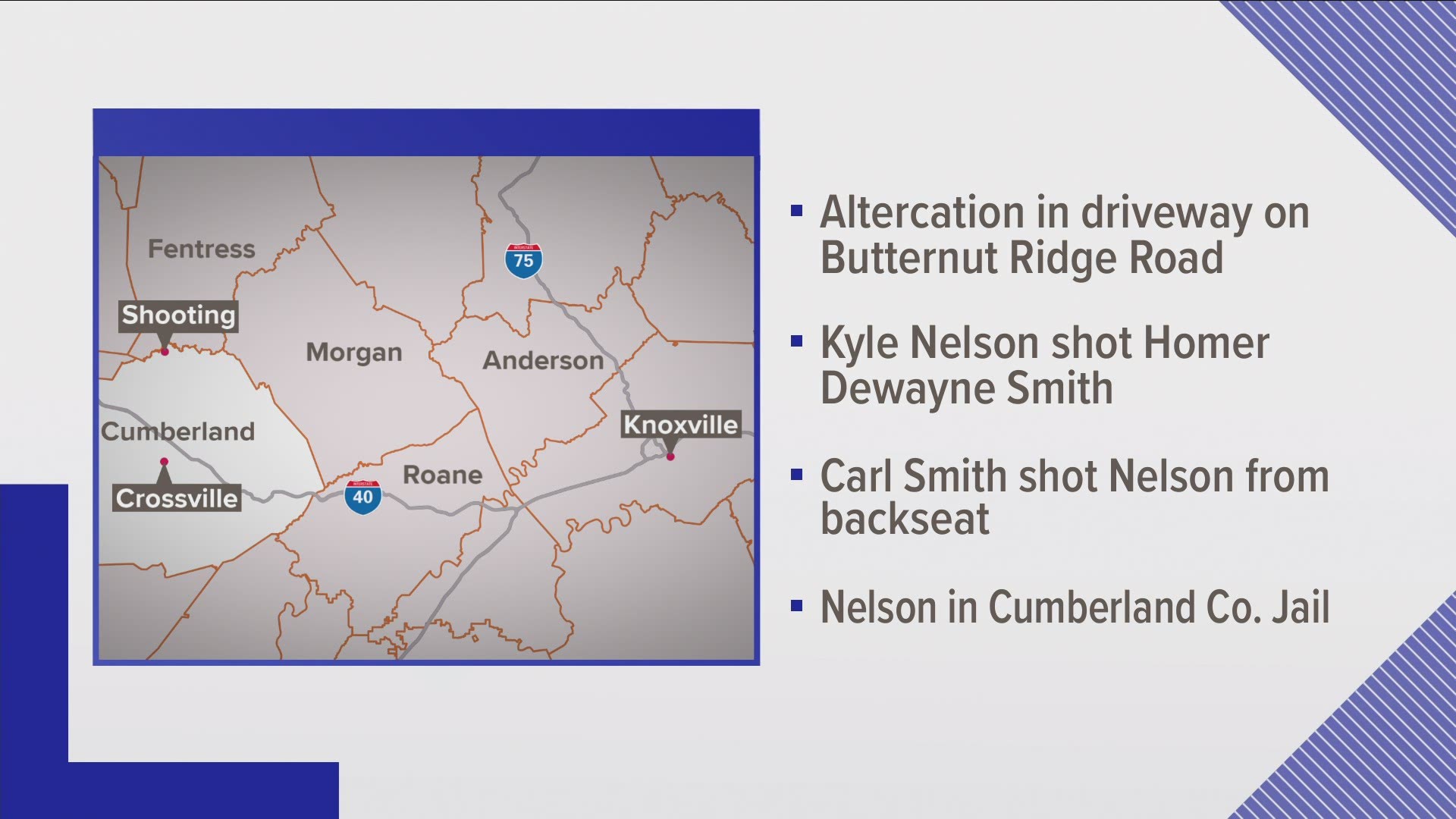 CUMBERLAND COUNTY, Tenn. — An investigation is underway after a shooting that left two men injured in Cumberland County on Friday.

The Cumberland County Sheriff’s Office responded to a call involving a shooting off Butternut Ridge Road in the Rinnie community.

Investigators said the incident stemmed from an altercation that occurred in the driveway at a residence on Butternut Ridge Rd. During the altercation, Kyle D. Nelson, 35, obtained a handgun and then shot Homer Dewayne Smith, 29, in the abdomen while Smith was sitting in the driver’s seat of a vehicle. Carl Smith, 69, was sitting in the backseat of the vehicle where he pulled his weapon and shot Nelson in self-defense.

Deputies said that two men were driven from the scene after the shooting.

One was taken to the Circle K Market and the other was a passenger in a car that hit a utility pole on 127 North.

According to a release, both men were airlifted to regional trauma centers.

Smith underwent surgery for his injury and is listed in stable condition, according to investigators. Nelson was treated, released and transported back to the Cumberland County Sheriff’s Office for questioning.

Nelson has been charged with aggravated assault and remains in the Cumberland County Jail under a $10,000 bond awaiting a Dec. 7, 2020 court date.

The case is still under investigation.