If found guilty, the U.S. attorney said the charges carry a penalty of anywhere from 10 years to life in prison and a fine of up to $10 million. 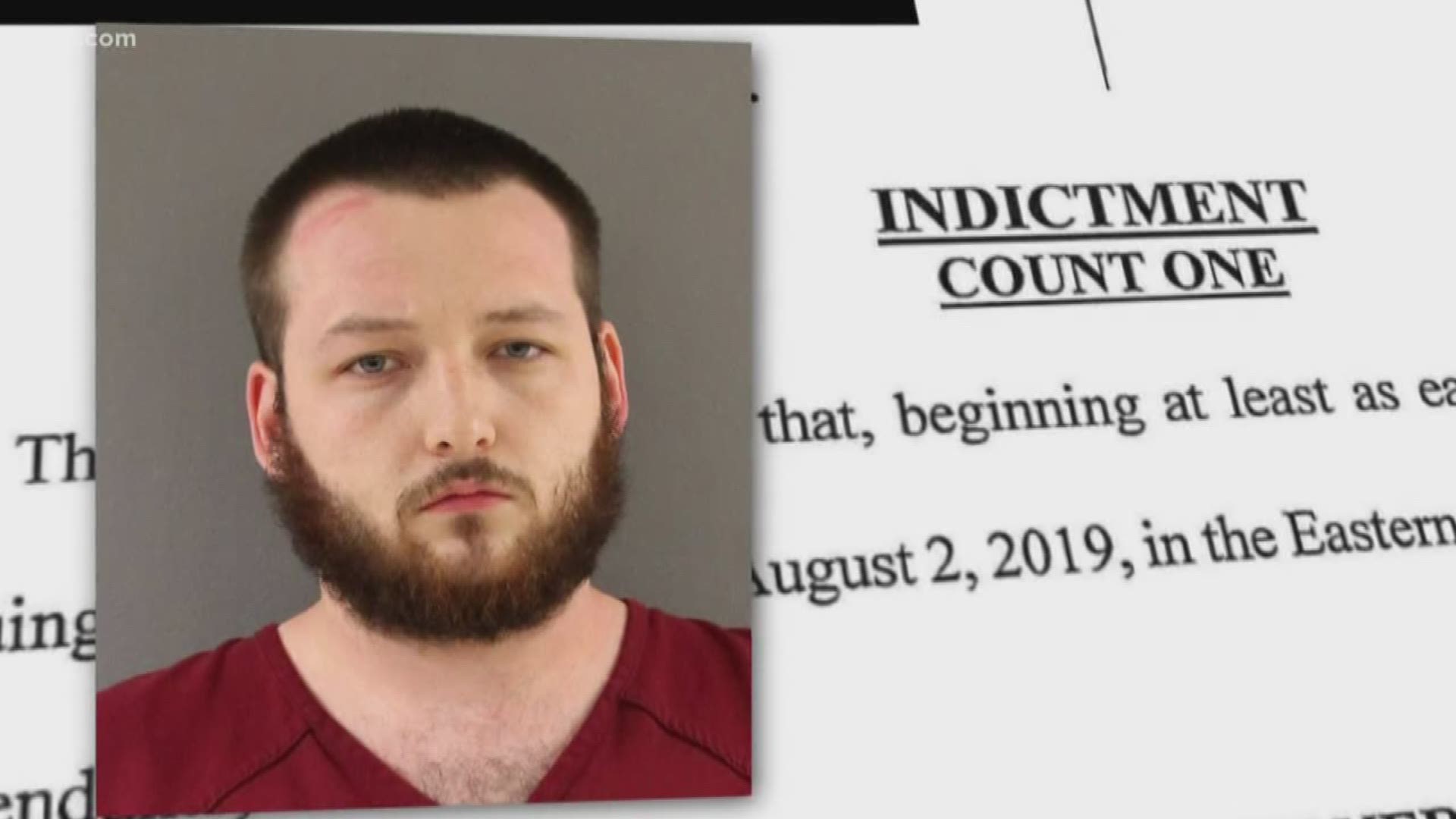 At least two people are in custody after a series of FBI raids in Knoxville that started Thursday morning.

The KCSO said Turner had been released from the Roger D. Wilson Detention Facility Thursday on state charges when Federal Marshals were in the process of placing a detainer warrant on him.

Ushery Michael Stewart, 20, was arrested during the raids and told Magistrate Judge Debra Poplin he is not guilty on a charge of conspiracy to possess and distribute 50 grams or more of meth.

Attorneys agreed to unseal a redacted version of the indictment against Stewart and several others Thursday afternoon.

Many of the names are redacted so we can't see them, except for Stewart and two men who are not only listed by name but their nicknames.

It said beginning at least as early as June 2018 and continuing through Aug. 2, Stewart, Turner, and Christopher Andrew Hounschell, also known as "Woogie," conspired to knowingly and intentionally distribute and possess meth.

The only thing the Federal Bureau of Investigation released about the raid was it was "conducting authorized activity along with KPD and other agencies at various locations throughout the city."

That included University Park Apartments at Lippencott Street just before 8 a.m. Thursday, where Stewart was taken into custody.

The raids did not start Thursday morning -- they've been happening all week.

According to the indictment, authorities seized $13,130 last month from someone whose name is not listed.

Stewart waived a pretrial detention hearing so he'll stay in custody until his trial, which is scheduled for Nov. 12. Stewart is also already facing other drug charges in Knox County.

If he's found guilty, the U.S. attorney said the charges carry a penalty of anywhere from 10 years to life in prison and a fine of up to $10 million.