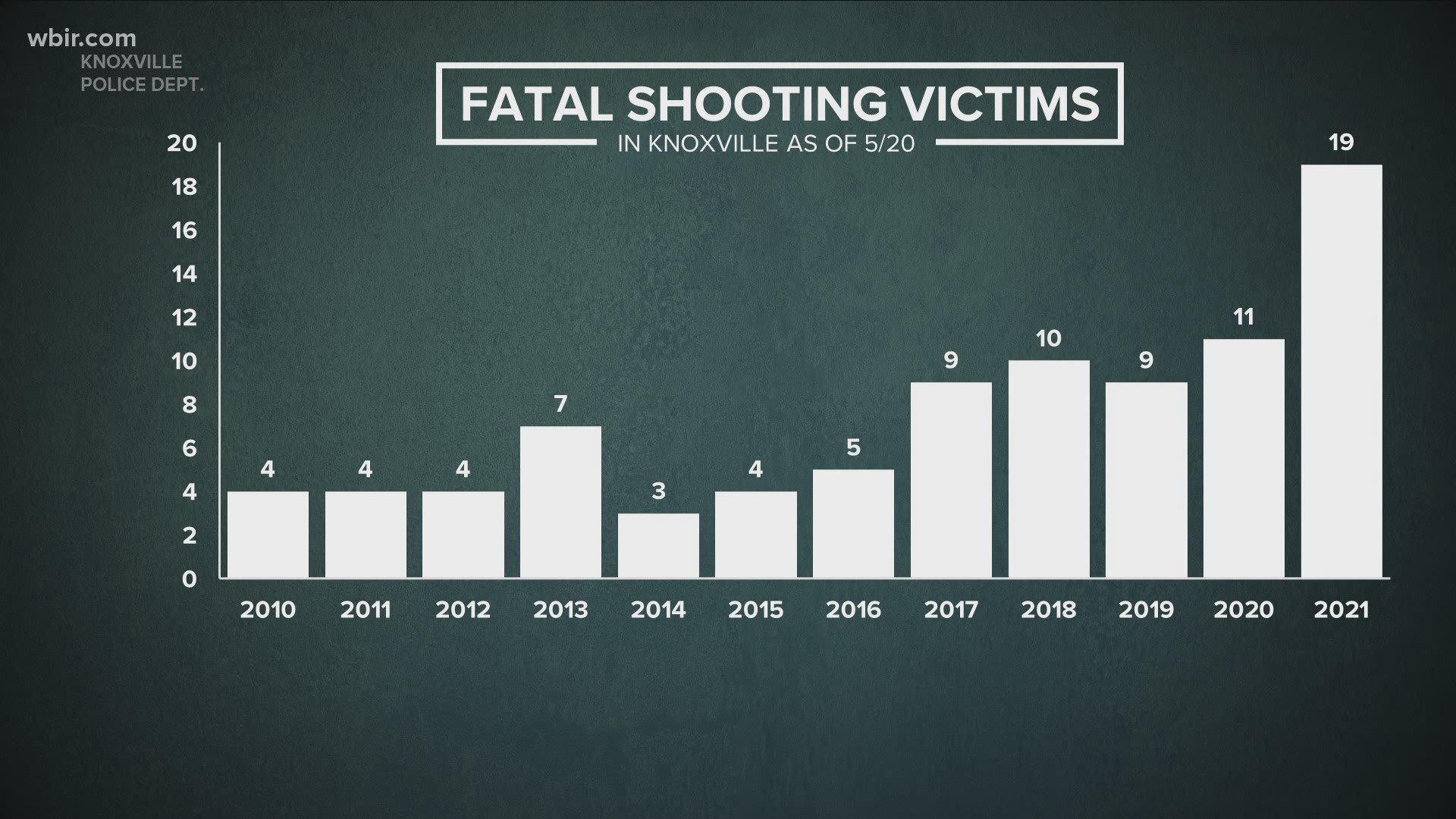 KNOXVILLE, Tenn. — Officials with the City of Knoxville said they have seen an increase in fatal shootings, placing 2021 on track to be the deadliest year the city has ever seen for fatal shootings.

They said 22 people have been shot and killed in 22 weeks. The previous deadliest year was in 2020 when 33 people were fatally shot, according to reports.

Just this year, five students of Austin-East Magnet High School died due to gun violence. Many of the overall shooting victims in Knoxville were under 18 years old.

It's made up of fathers and community members. They also plan to sponsor the Inner City Youth Summer Paintball League, which they hope will help teach young people about gun safety as well as firearm laws. They also said the league could help young people confront their fears, role play and possibly learn what to do in the face of danger.

Mayor Indya Kincannon carved a portion of the city's budget to prevent shootings, working Cities United to interrupt cycles of violence. The Safe Haven Empowerment House was also created, a Knoxville community group founded by a life-long East Knoxville resident focused on building young people up to prevent violence across the city.

The Knoxville Police Department also created a new team to work directly with community members — the Community Engagement Response Team. They are tasked with being approachable and visible in communities that data shows have higher crime rates.