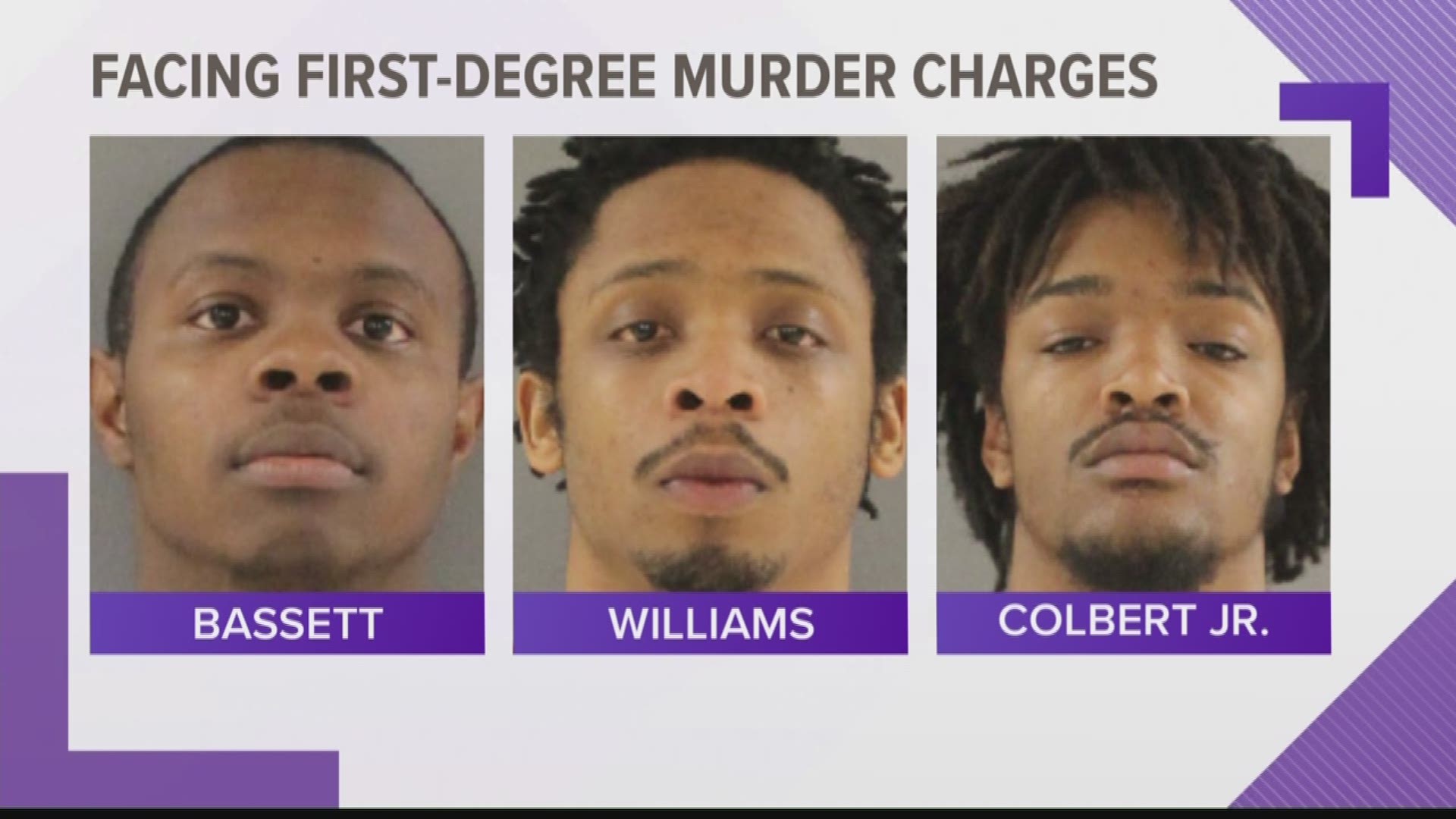 The three men convicted in the shooting death of Fulton High School student Zaevion Dobson in December 2015 have been sentenced to more than 100 years in prison.

Kipling Colbert Jr. was sentenced to 107 years for Zaevion's murder and more years for a prior plea, for a total of 109 years.

Richard Williams was sentenced to 143 years.

The three were sentenced Friday afternoon following statements from several people and an argument on enhancement factors.

Zaevion's mother, Zenobia, delivered emotional statements at the hearing Friday. She read Zaevion's brother Zack's statement and then her own.

“I have nightmares sometimes. I see my brothers body lying on the porch” he wrote. "I feel bad because I’m the big brother and I lived. I should have been able to protect him but I couldn't.”

In her statement, Zenobia said she has been forever changed and forever broken by the loss of her son.

She said she will never see him graduate, go to prom or get married.

"All that was taken away from me by these 3 individuals," she said.

Zenobia said she would give anything in the world to have her son back.

"I do not think any of these men should ever be free from prison," she said. "They should lose their freedom for the rest of their lives."

While Zenobia gave her statement, there was not much reaction from Kipling, Colbert and Basset. All three men stared straight ahead as she spoke.

Investigators said 15-year-old Zaevion Dobson died after he shielded several friends from gunfire on the night of Dec. 15, 2015 when he was killed.

Zaevion has been hailed a hero across the U.S. for his actions. In 2016 ESPN posthumously awarded him the Arthur Ashe Courage Award and former president Barack Obama called Zaevion's act of heroism a lot larger than what would be expected of a 15-year-old.

Another mother speaking for her son Xavier now
She says Xavier was Zaevion’s friend and teammate, and had to run from shooting
Says he has PTSD
“He has guilt because he ran, and guilt because he survived”@wbir pic.twitter.com/txEEiquZfU