Leon Jones has been charged with theft and burglary in the past, but no violent crimes . 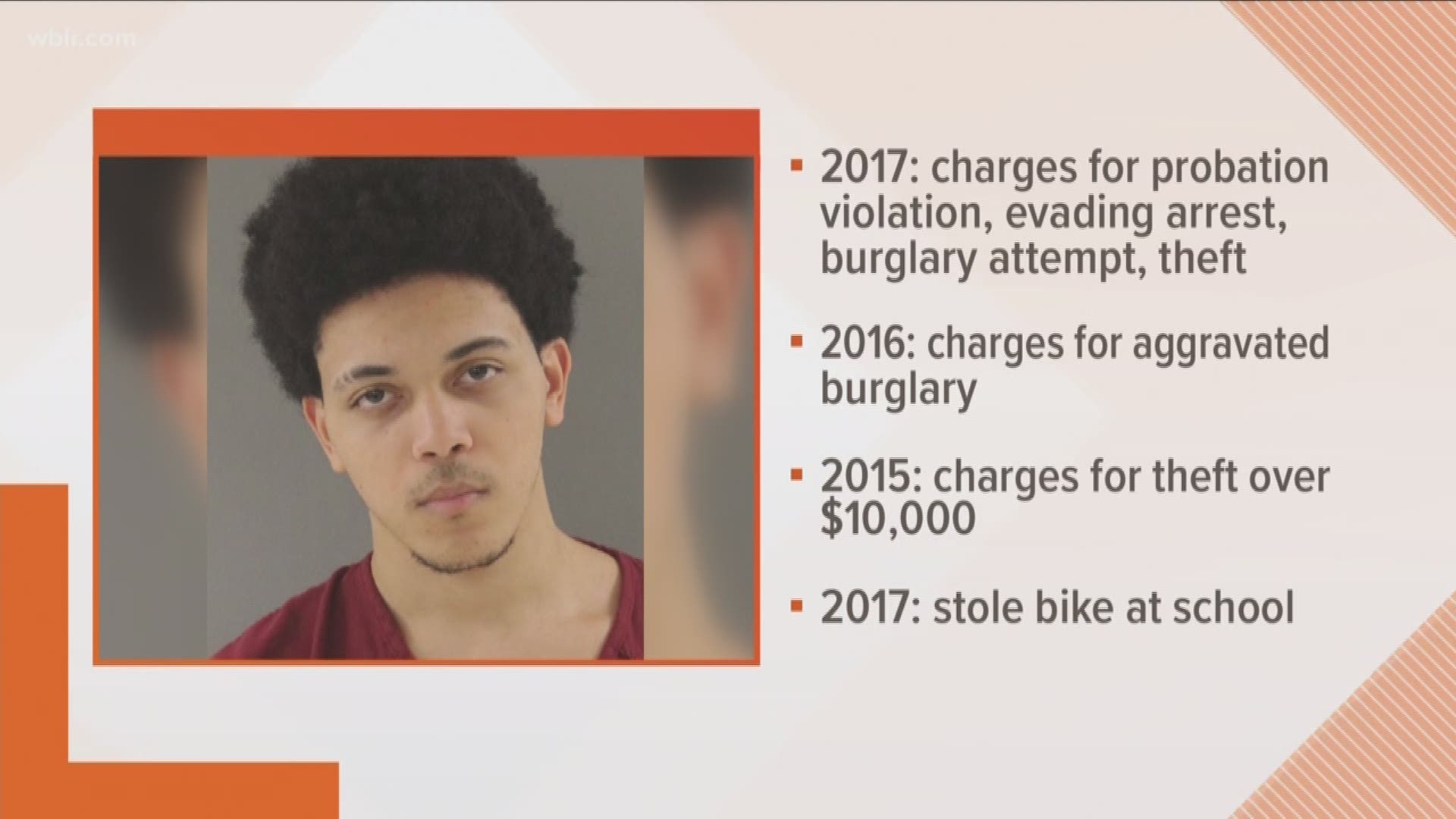 Leon Jones, who Sevierville Police say has lived in Sevierville, Newport and Knoxville. A spokesperson for Knox County Schools said that Jones was a student until 2016, and the last school where he was enrolled was the Paul Kelley Academy, but he did not graduate.

He was charged with stealing a bicycle from Cedar Bluff Middle School in 2015, when he was 18, according to court records.

RELATED: 'She lit up the room' | Woman killed in Tanger shooting remembered for her smile & spirit

Since then, he's been charged with theft, aggravated burglary and attempted burglary, evading arrest, and violation of probation. Nothing in his adult criminal history in the state shows any violent behavior towards other people.

According to court documents on Dec. 14, 2015, Jones was charged with aggravated burglary for stealing a 2015 Subaru Crosstrack, belonging to his grandmother's next door neighbor.

Records show he used a garage door opener left at his grandmother's house to get into the neighbor's Ashton Lane residence in Sevier County.

Investigators said he was arrested in Hamilton County by the East Ridge Police Department while driving the Subaru.

He has faced charges in Knox County, Sevier County, and East Ridge, which is located in Hamilton County.

He was still on probation for that incident when the fatal shooting happened, and the state confirmed he was prohibited from owning a gun as part of that probation. Officers conducted a home check on Jones during the first week of April, according to the Department of Correction, and reported that nothing was out of the ordinary and Jones was in compliance.

On April 16, 2019, police said Jones walked up to a man and woman outside the Coach store in the Tanger Five Oaks Outlet Mall in Sevierville and shot them without warning.

As sirens indicated police were in the way, Jones turned the gun on himself and committed suicide.