Anthony Thompson was killed a week ago by officers responding to a report that he had a gun at Austin-East Magnet High School in Knoxville. 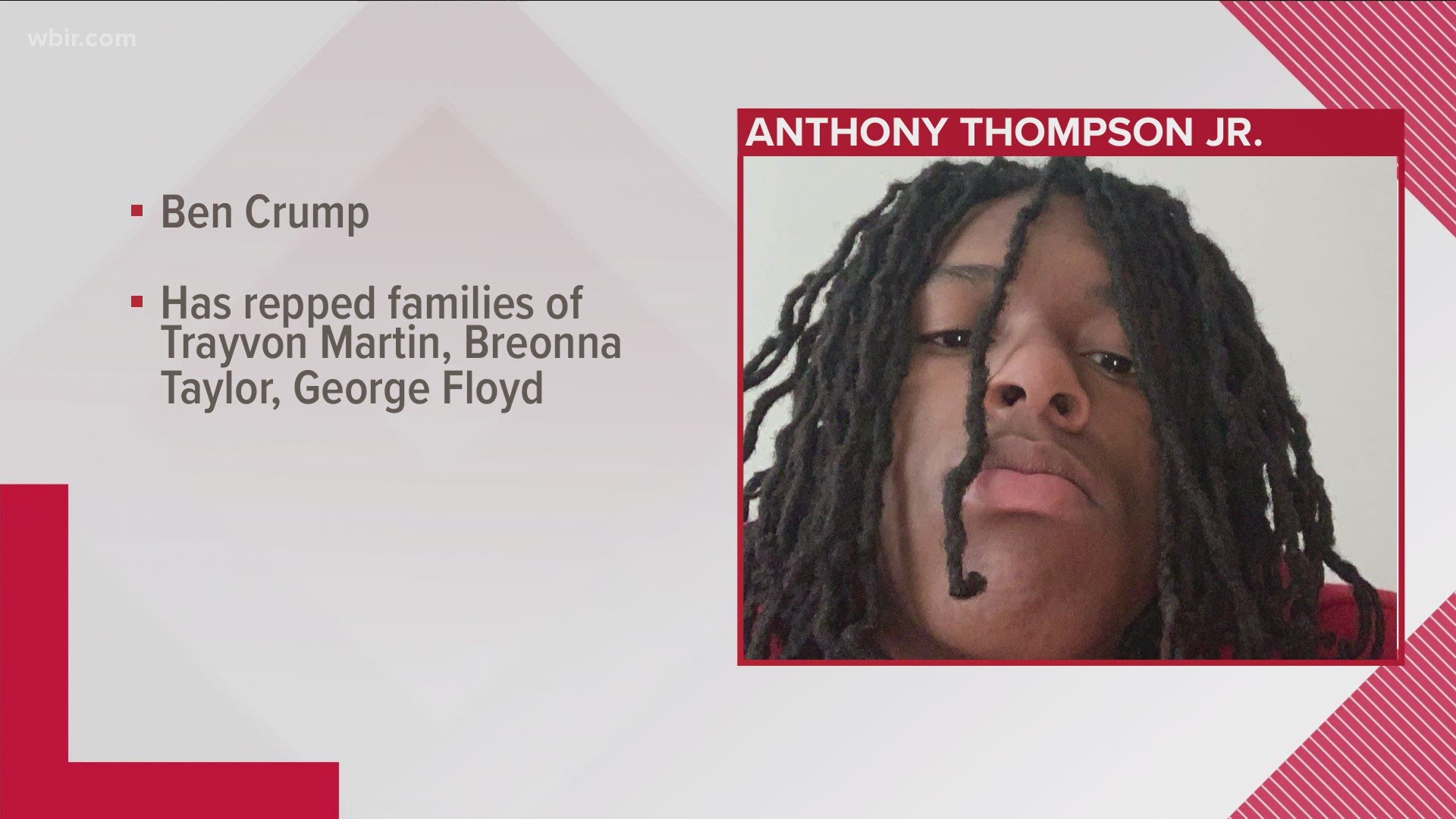 Ben Crump, who also represents the families of  Ahmaud Arbery, Breonna Taylor, George Floyd, and Jacob Blake, posted on Twitter Monday that Anthony Thompson's family had retained him "to represent them and advocate for justice."

According to the Tennessee Bureau of Investigation (TBI), officers were told that Thompson had a gun at A-E on Monday, April 12. When they confronted Thompson in a bathroom, three shots were fired. TBI said Thompson's gun fired during a scuffle, but it wasn't clear yet if it was intentional. Two Knoxville police officers fired their weapons. In the end, the 17-year-old was killed and an SRO was shot in the leg. Preliminary information indicates that the bullet that hit the officer was not fired from Thompson's gun.

Crump said in a statement, "Once again, when a Black person is killed, in this case a Black child, the police quickly shape a narrative to justify the death. The world was told that Anthony shot an officer and that's why police fatally shot him. Then, the facts revealed the only shots fired were by law enforcement and the injured police officer may have been struck by his own bullet or another officer's bullet."

Despite Crump's statement, however, 10News wants to clarify that TBI did report that a shot was fired from Anthony's gun.

Crump continued, "Why are Black lives treated as disposable by police in case after case? It's shocking to me that when suspects are white, even shooters who took multiple lives like Kyle Rittenhouse and Nikolas Crus, police manage to take them into custody alive. But when a suspect is a person of color,there is no attempt to de-escalate the situation. Police shoot first and ask questions later, time after time, because Black lives are afforded less value. We will seek answers and justice for Anthony's family."

Despite pleas from the community, city leaders and three of the officers, Knox County District Attorney General Charme Allen said she will not release police body camera video of the incident until the investigation is complete.

NEWS ALERT: 17yo Anthony Thompson was fatally shot in a bathroom at his HS. Police claimed Thompson shot an officer, but @TBinvestigation determined the bullet WASN’T fired by Thompson. Thompson’s family has retained @AttorneyCrump to represent them & advocate for justice. pic.twitter.com/bqQSAhMlp1