Members of Church of the Savior UCC say they're not most upset about the theft, but about the hate that fueled someone to vandalize this banner. 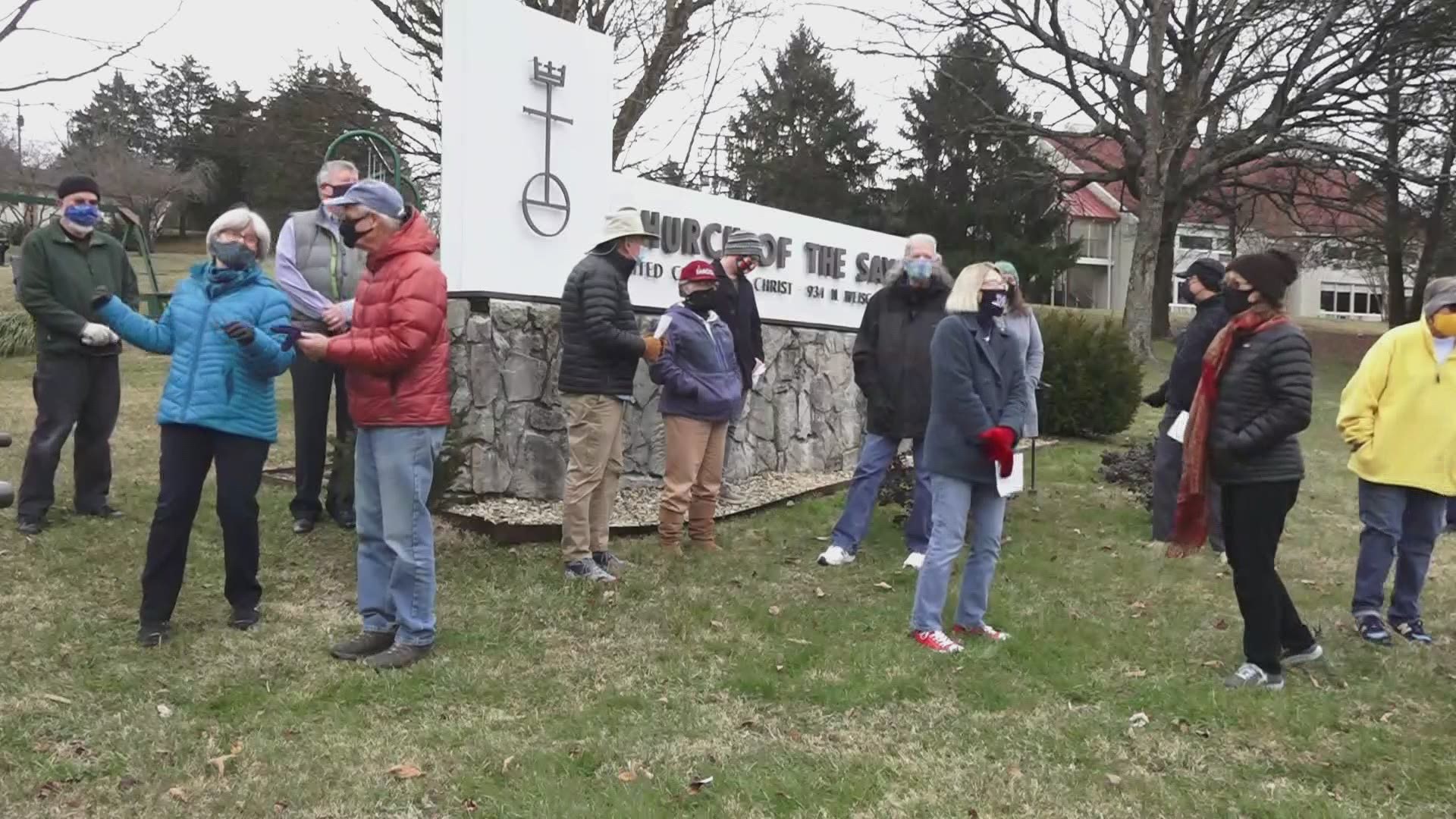 KNOXVILLE, Tenn. — On a cold Dr. Martin Luther King, Jr. day, about 30 White people gathered at Church of the Savior United Church of Christ to talk about why Black lives matter.

"We're just standing in solidarity with everybody that feels like Martin Luther King's efforts need to live on," said parishioner Betty Henault.

The church in West Knoxville is known for accepting people of all walks of life.

They have a big banner that among other things says "reject racism" and "embrace diversity."

"A mostly White Christian church stands with those who are calling for racial equity in our country," said Rev. John Gill.

They'd just put up a Black Lives Matter banner at the front of the church for a second time. Now, it's gone.

"So we're here to talk about what this empty space means to us and what it means for us to have a Black Lives Matter banner," said Gill.

When they hung the banner the first time, Gill said someone tore it down and threw it in their parking lot.

So, this time, they secured it better to the ground.

Gill said they were harassed and yelled at by drivers passing by as they were putting it back up.

Now, just the poles and cords remain after someone cut down the banner and this time, stole it.

"I would just encourage anybody who feels that kind of anger in response to that statement to reflect on that and why they feel so strongly about that," said Gill. "Strongly enough to go on church property and tear down a banner and steal it."

Gill knows things could be worse, and have been for other religious groups.

"We recognize that our neighbors, Black churches, synagogues and mosques often experience a much more serious kind of threat... and losing a banner by itself is a fairly minor thing," said Gill.

He and other church members agree this isn't about the theft. They can get a new banner.

It's about the hate that fueled the crime.

"I'm not mad at them. I just feel sorry for them because it reflects a gigantic hole in their life and that's really sad," said parishioner John Stewart.

"I don't understand why people hear the phrase 'Black Lives Matter' as an affront to them, as something that is undermining who they are or undermining their rights," said Gill.

Even without the banner, the sentiments of this church remain the same.

"We need to stand up and declare with our African American brothers and sisters and other people of color that yes, Black Lives Matter, and we need to do everything we can to make that a reality," said Gill.

He said the church will find a new way to publicly display their support for the Black Lives Matter movement.