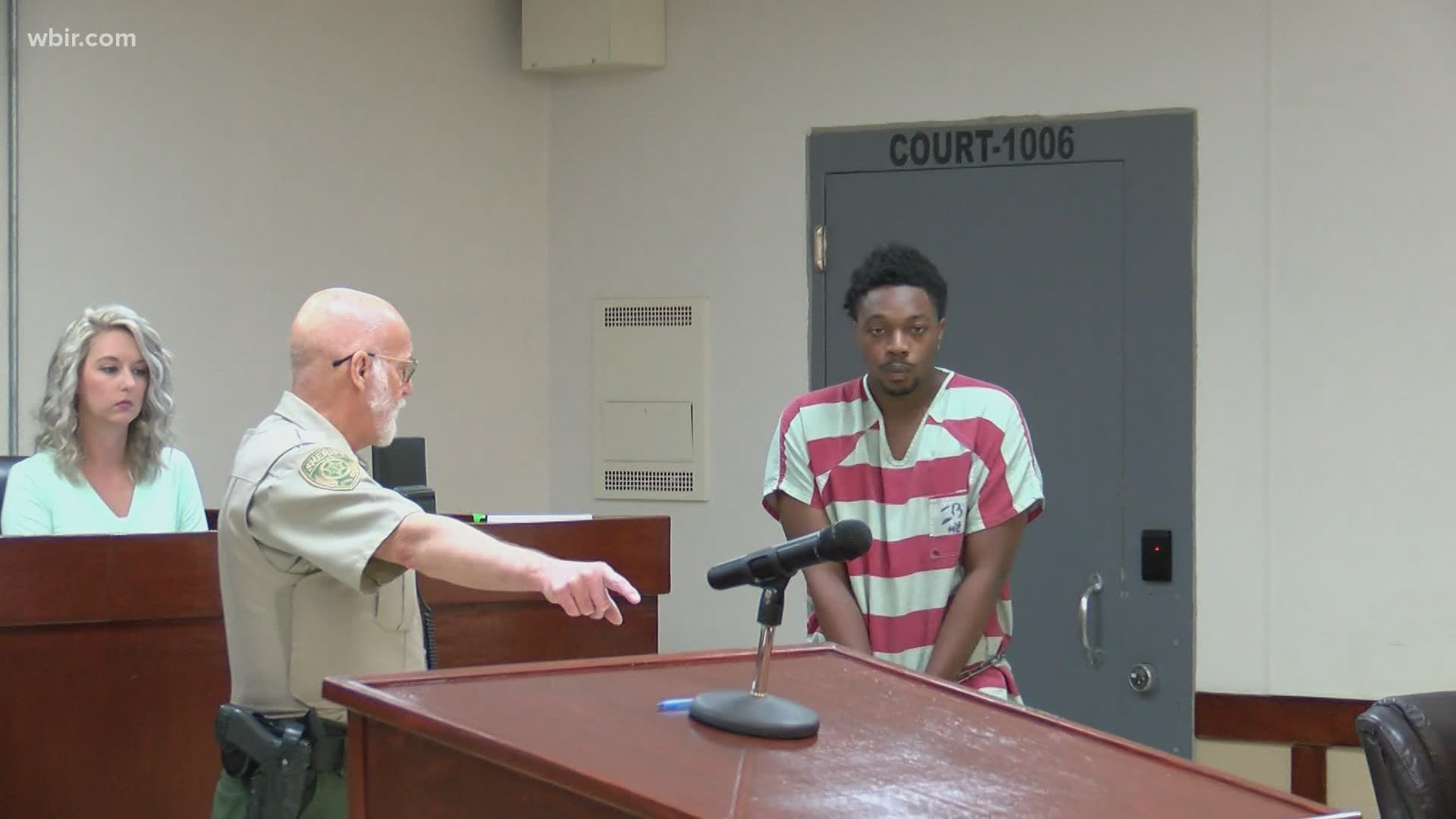 KINGSPORT, Tenn. — Michael Cadogan is now charged with first-degree murder in the death of his girlfriend, 19-year-old Gianna Delgado, in High Point, NC.

Authorities said he admitted to strangling her during an argument.

Cadogan appeared in a courtroom in Carter County on Wednesday on abuse of a corpse charges. He was appointed a public defender and will be back in court on Monday.

A North Carolina man was charged with abuse of a corpse after a woman’s body was found in a large storage tote in his car.

Kingsport police were able to catch him because a local woman contacted them after the man asked her to help him dispose of the body, according to court documents.

The woman told officers she had been talking to Michael Cadogan, 24, of Whiteville, North Carolina, for five years on social media.

On Monday, he had a strange request.

According to court documents, Cadogan told the woman that he had strangled his girlfriend during an argument over another man and he wanted help disposing of her car and body.

Records show that the woman arranged a meeting with Cadogan at a marina on Watauga Lake in Carter County. When Cadogan arrived at the marina, officers were waiting for him.

Deputies obtained a search warrant and found a woman’s body inside a tote in the car. Cadogan was arrested.

The body has been identified as 19-year-old Gianna Rose Delgado, a High Point University student. The school released a statement saying she died at an off-campus apartment due to "possible domestic violence." The statement said Cadogan was not a student at the school.

Cadogan is being held in the Carter County Detention Center with no bond.

WCYB contributed to this report.