The indictment alleges the siblings were involved with two bank robberies that happened in Lenoir City and Vonore, and another in Carolina Beach, North Carolina. 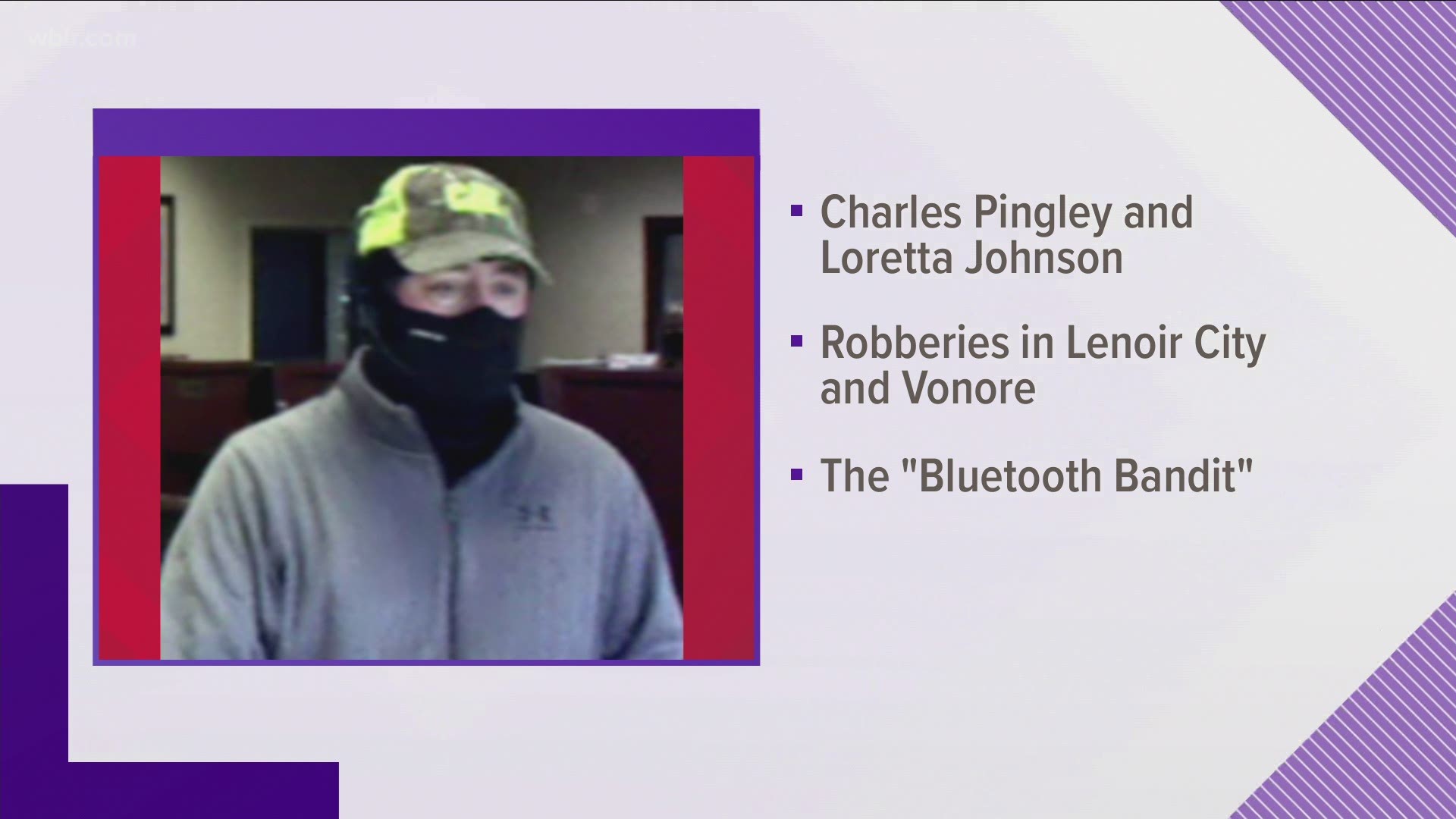 KNOXVILLE, Tenn. — A brother and sister are facing charges in a string of bank robberies across East Tennessee and North Carolina that took place in late 2020.

A federal grand jury on February 17 indicted  Charles Pingley, 52, from North Carolina and his sister Loretta Johnson, 50, from Maryville on two counts of bank robbery and one count of conspiracy to commit bank robbery.

The indictment alleges the siblings were involved with two bank robberies that happened in Lenoir City and Vonore, and another in Carolina Beach, North Carolina.

The FBI said the first bank robbery happened at a First Citizens Bank in Carolina Beach on October 6, 2020, and that the two made off with $15,000 in cash.

The next occurred in Lenoir City on November 5 at Foothills Federal Credit Union. The indictment said the two stole $9,000.

The last incident occurred in Vonore on November 27 at Simmons Bank, where authorities said more than $22,000 in cash was taken. Shortly after, the FBI had asked to the public to assist in the investigation of the East Tennessee robberies to find who they called the "Bluetooth Bandit" -- a masked man caught on surveillance who wore a Bluetooth headset during the robberies.

The case will head to trial on April 27, 2021 in the United States District Court for the Eastern District of Tennessee.