Darrell Chadima had faced unrelated charges for filing a false report and retaliation for past action. 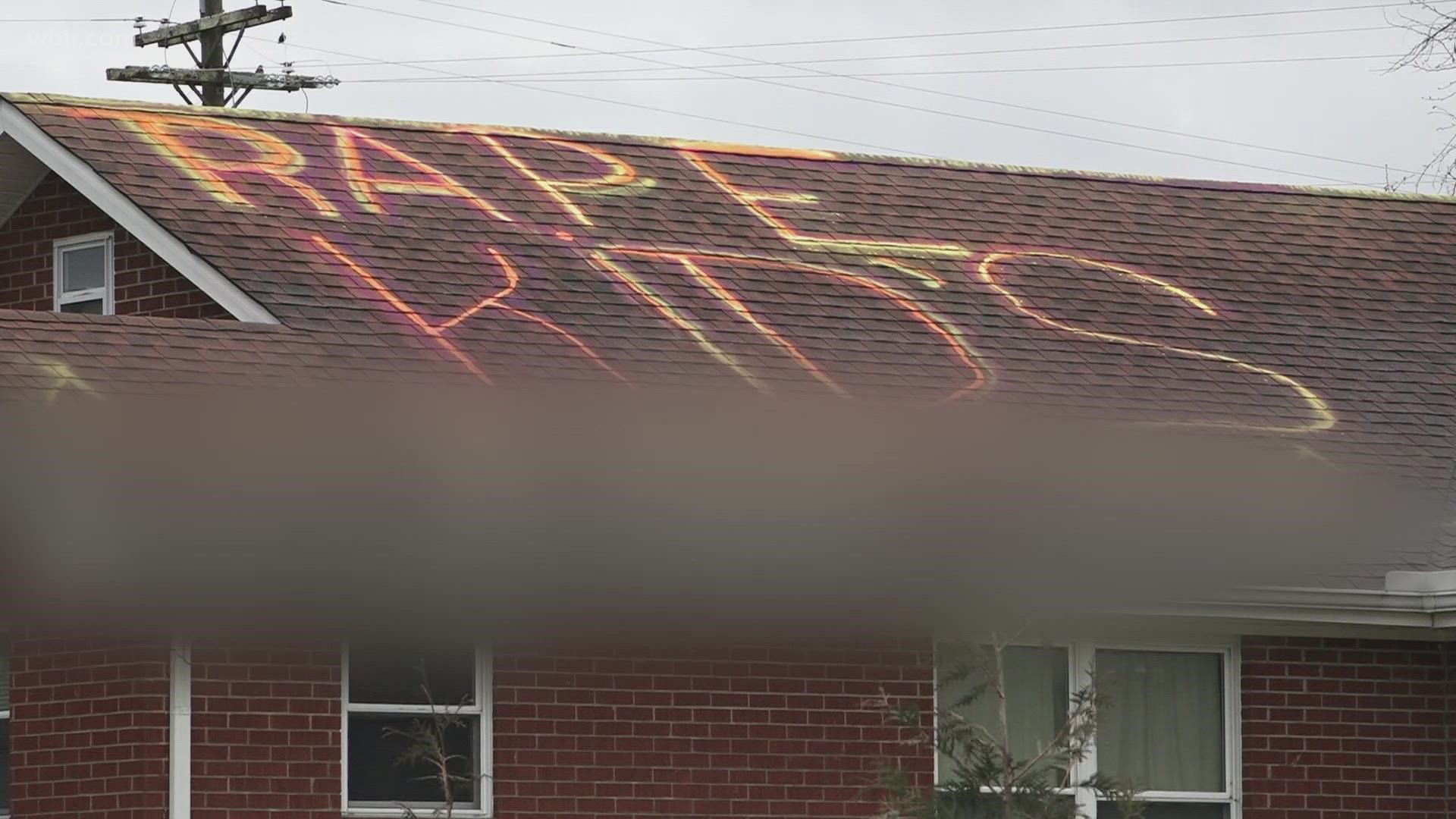 MADISONVILLE, Tenn. — Monroe County prosecutors have dropped charges against a Madisonville man who wrote "rape kids" and his home phone number on the roof of his ranch-style home in March, the Monroe County Clerk's Office confirmed.

In an interview Tuesday with 10News, Darrell Chadima said he wrote the message as a cry for help after people in the community falsely accused him of being a pedophile and threatened his life.

"I put those signs up as a scream for help to this community to help me before somebody killed me. And it worked," Chadima said of the chalk message. "Everybody around here called me and I got to explain my story to them. Those signs saved my life."

Chadima was held for more than a month and a half without bond on a late-February charge of filing a false report, records show. During that time, the California native said people vandalized his home and stole valuable tools.

He wasn't charged in connection with the roof message. The act, however, upset and concerned neighbors.

Chadima faced the false reporting charge after he reported someone within the Sheriff's Office broke into his house, woke him up and told him "if he didn't stop what he has been doing, they would feed him to the pigs on their farm," an incident report said.

Chadima denies the responding deputy's conclusion that he was accusing the sheriff himself of harassing him.

Prosecutors did not return a call Friday inquiring why they dropped both the false reporting charge and an accusation of retaliation for past actions Chadima also faced in February. A notation in the Monroe County Court Clerk's online file read "confirmed no further problems with detective."

"The charges were dismissed because they were both fabricated," Chadima said.

A stack of Monroe County Sheriff's Office incident reports show an ongoing back-and-forth between Chadima and neighbors. At one point, he filed a report complaining his neighbors accused him of raping an underage girl.

The report said Chadima admitted to raping a girl and his neighbor's son in the past. Chadima insists he never said that.

"I never admitted to nothing, I never did nothing like that," he said. The Sheriff's Office said Chadima was not listed in any sex offender database.

He had not been charged with any sex crime in Monroe County.

Chadima said he plans to hire a lawyer and sue the county. He also wants to move out of Tennessee. The "rape kids" chalk message is no longer on his roof.