Julia Myers admitted to drinking and driving and said that's why she was running from deputies, according to the report. 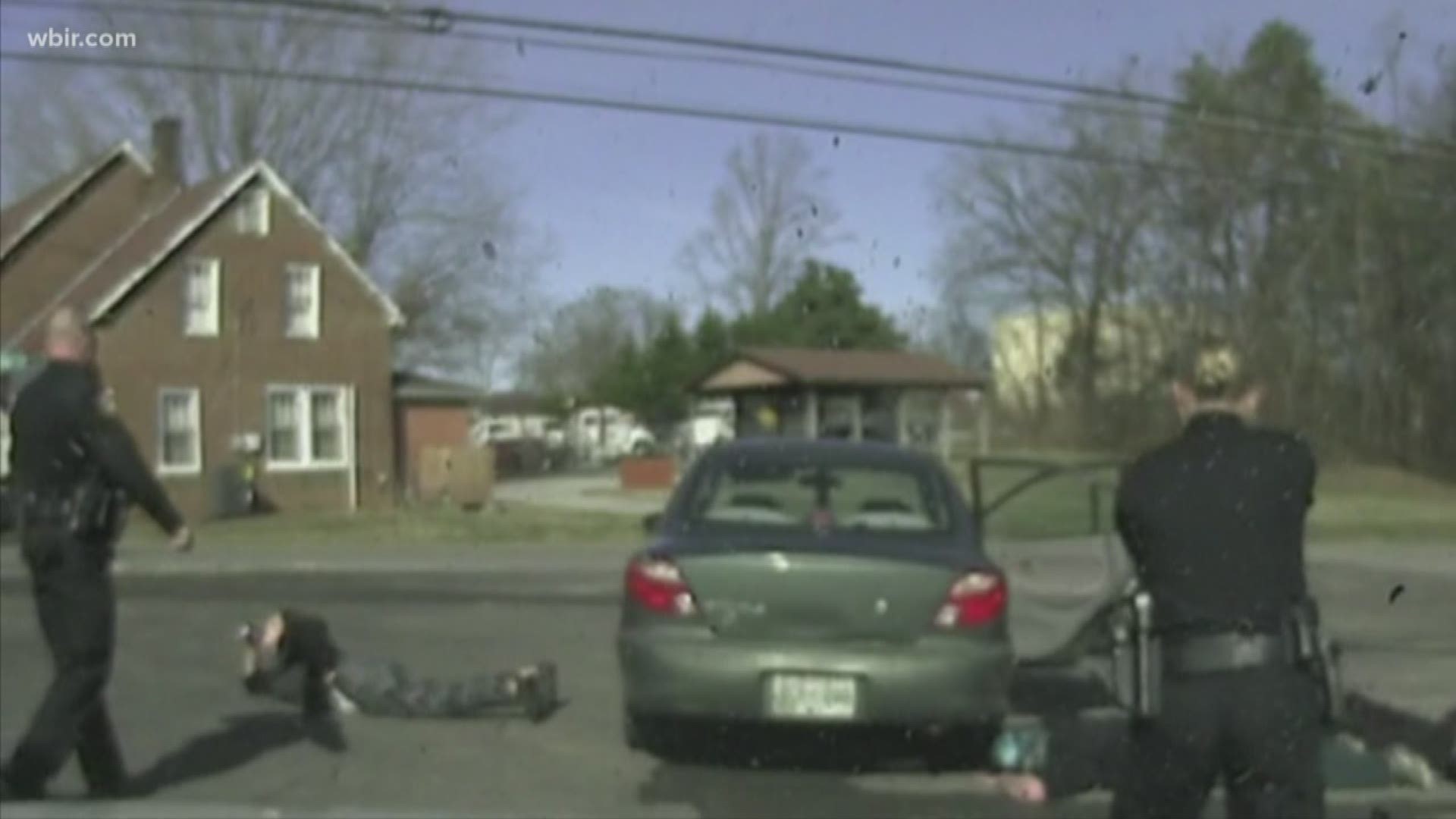 BLOUNT COUNTY, Tenn. — A Maryville woman led deputies on a chase through Blount County, crashed her car, continued on driving and, before being taken into custody, then chugged a beer in front of deputies, according to a Blount County Sheriff's Office incident report and dashcam video.

At around 1 p.m. on Jan. 21, deputies were running radar checks near the Montvale School on Montvale Road when they saw a 2002 Kia Rio traveling at 60 mph in a 45 mph zone.

The report said deputies started following the car when it turned onto Willow Pond Drive without using a turn signal.

The raw video of the chase is below. Warning: Explicit language

The driver, who has been identified as Julia Myers, was allegedly gaining speed and leading officers on a chase. The report said she tried to hit two deputies head-on with her car and ran a stop sign in the process.

According to the incident report, she continued to travel down Willow Pond Drive towards Montvale Road at a high rate of speed before wrecking the car in a ditch on Montvale Road near Willow Pond. But, as the report states, she was able to get out of the ditch, cross the yellow line, and continue driving Montvale Road.

Myers reached the Marathon Gas Station on Montvale Road, and the report said when deputies approached the car, they learned two male passengers were inside.

She and her passengers were ordered out of the vehicle at gunpoint and it was all captured on dash camera video.

The deputies order Myers and her passengers out of the car and to get down on the ground. They all comply, but in the dashcam video, you can see Myers gets out of the driver's seat with a beer in her hand, and as she is lying on the ground with officers approaching, takes a big drink.

One of the deputies yells, "What the (expletive) is wrong with you" as he first grabs it out of her hand, then kicks it away. "Are you a (expletive) idiot?"

The report said that Myers appeared to be under the influence of alcohol and was already highly intoxicated. 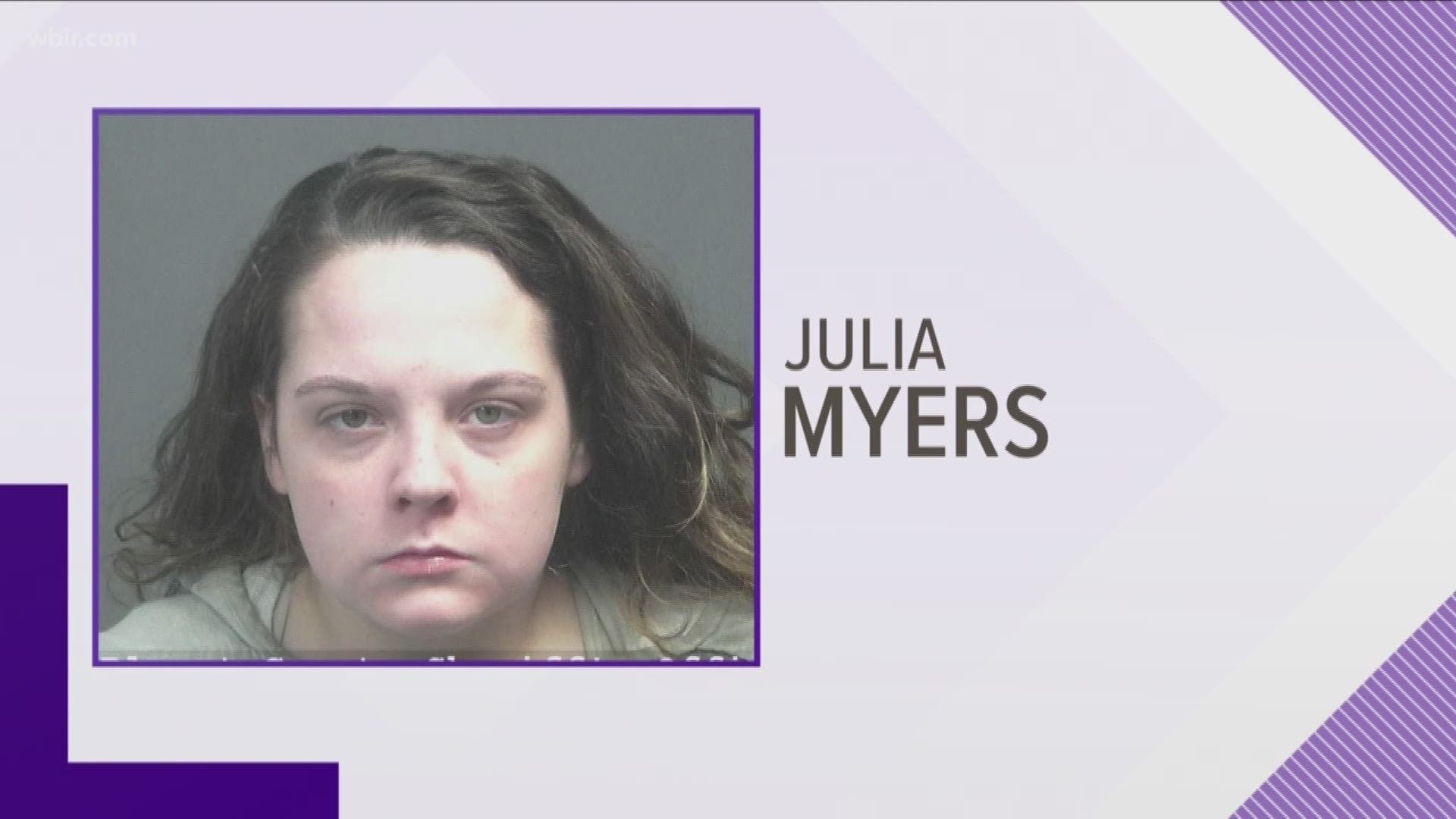 While deputies tried to put her in their patrol vehicle, she "actively resisted and had to be forced into the back of the car." According to the report, she was screaming profanities and kicking the back window in the car, which you can't see in the video, but it can be heard.

Myers was taken to Blount Memorial Hospital and admitted to drinking and driving -- saying that's why she was evading deputies, according to the report.

The report also said she told officers she consumed "an entire fifth of liquor" and then started drinking beer.

Myers was not able to show proof of valid car insurance and the report said her driving showed disregard for the safety of others on top of putting the lives of the deputies and passengers in her car at risk.