Police said that the 6 male juveniles were from Chattanooga and were charged with auto burglary, evading arrest, theft and attempted killing of an animal. 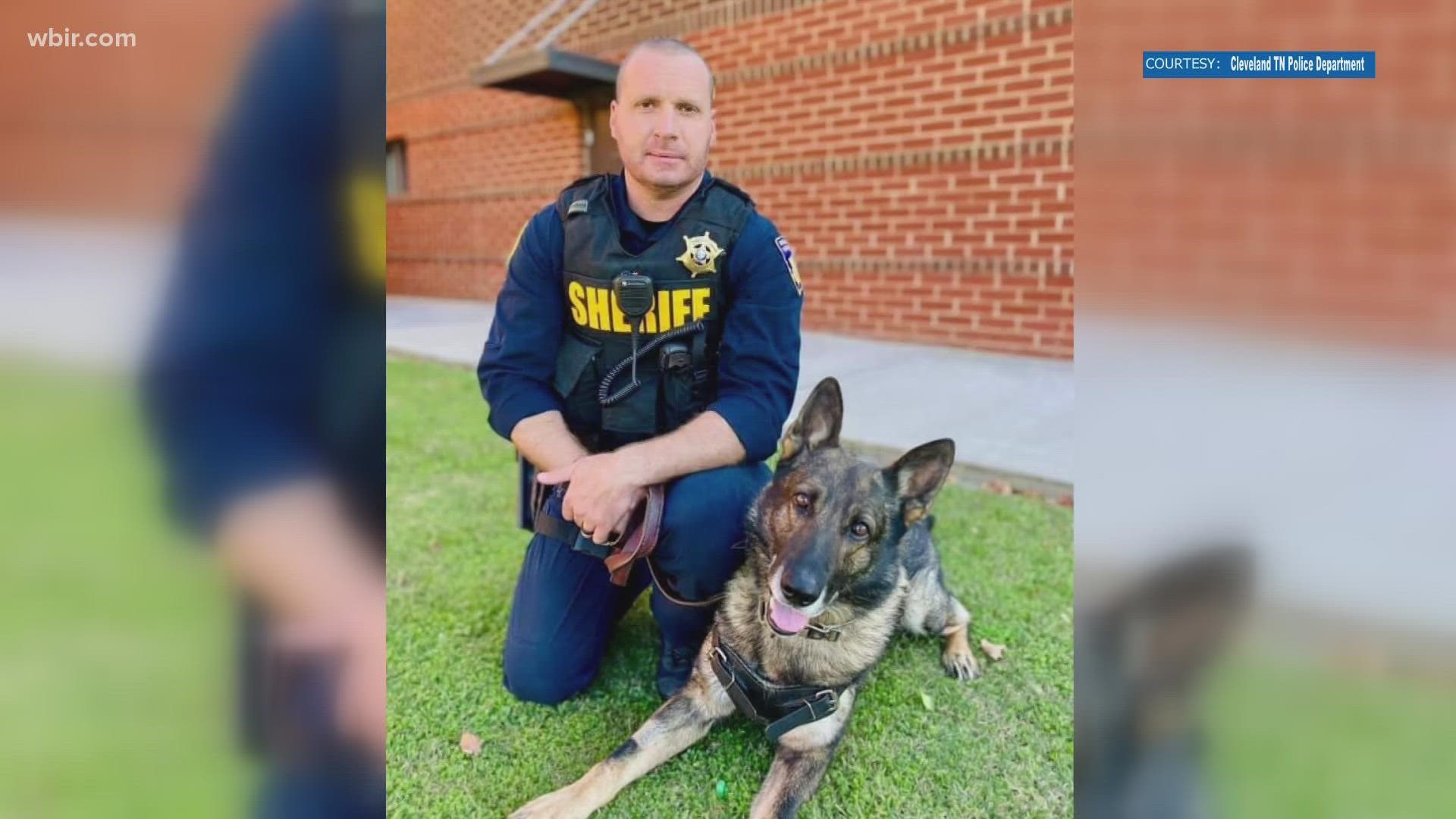 CLEVELAND, Tenn. — Six juvenile males were detained and in custody Thursday after police said they were involved in car burglaries and the shooting of a K-9 unit.

The Cleveland Police Department said they received a call about an auto burglary early Wednesday morning at Park Oaks Apartments on Harrison Pike. When they arrived, police said they saw a white Jeep Gladiator quickly leaving the apartment complex.

They said that the car almost hit a police officer and ran through a fence before driving northbound towards I-75.

Deputies with the Bradley County Sheriff's Office reached the car and confirmed that it was stolen out of Hamilton County. They tried to pull the car over, according to a release, and the suspect ran away into the woods around Exit 20.

A K-9 unit, Joker, was deployed to chase them. But when the dog reached the suspect, police said he was shot in the area around his head. He was quickly found and carried out of the woods to an emergency animal hospital in Chattanooga, where he underwent surgery.

Police said they found a gun in the stolen Jeep. Sheriff Steve Lawson then called for the BCSO SWAT Team and other off-duty officers to establish a perimeter, trying to keep the suspects in a specific area until they were arrested. Around this time, police said they were notified about a Blue Silver Lexus with no tag and a loud muffler had been stolen as was headed towards Chattanooga.

Police said a witness told them four males were in the car. The Chattanooga Housing Authority Police found it on Dahlia Street and worked with the Chattanooga Police Department to secure the apartment near it.

There, they found six juveniles who matched the description of the suspects. The Hamilton County Sheriff's Office searched the apartment after getting a warrant and found stolen property, including two stolen guns.

K-9 Joker is being treated in the emergency animal hospital officials said his condition is still serious.

“He is an extremely strong patient who is being incredibly tolerant with his doctors and nurses," workers said in his medical summary.