Deanna Greer and John Cain, Jr. are accused of trying to sell their baby for $3,000 on Craigslist. 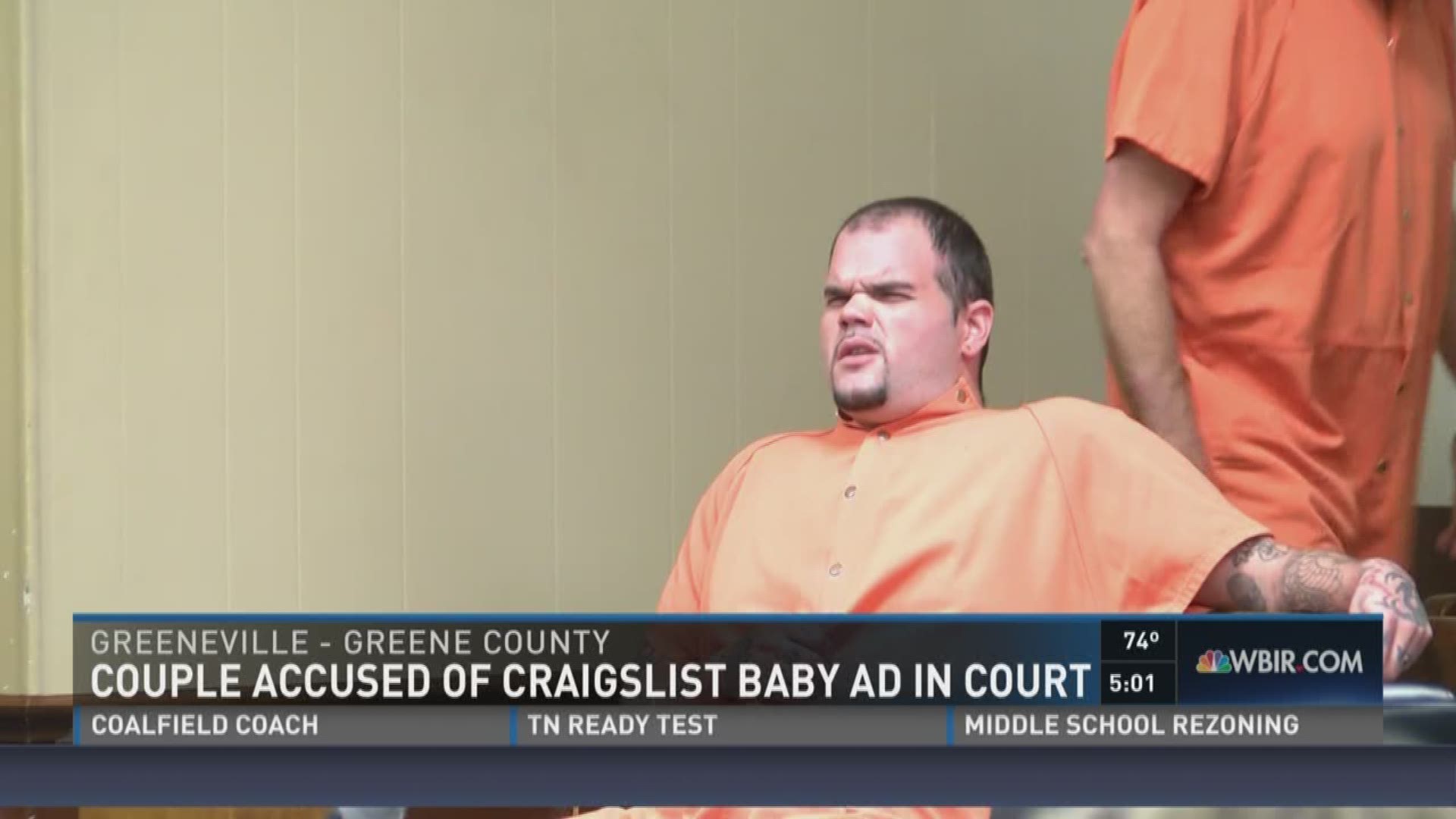 Deanna Greer, 37, and John Cain, Jr., 26, were charged with aggravated child abuse, child neglect and endangerment.earlier this month after investigators say they set up a meeting with undercover agents to sell the infant for $3,000 dollars.

Now, WCYB reports the couple faces additional charges: one count of illegal payments with the placement of a child and criminal attempt to commit aggravated child abuse.

The couple is scheduled to be back in court next week.

UPDATE March 27: A Greene County couple accused of trying to sell their 5-month-old baby on Craigslist made their first court appearance Monday.

John David Cain Jr., 26, and Deanna Greer, 38, are charged with aggravated child abuse, child neglect and endangerment. Elizabethton Police said the couple sold their baby to an undercover officer for $3,000.

The baby is now is the custody of the Tennessee Department of Children's Services.

Authorities in Greene County have arrested and charged a couple with child abuse after receiving information that someone was trying to sell an infant on Craigslist.

The Elizabethton Police Department received a tip about the Craigslist post on Friday. Officers discovered the individuals behind the post lived in Greeneville and were planning to sell a 5-month-old child for $3,000.

Officers from EPD and Greene County along with TBI sent an undercover agent to contact and meet with the two. Once the transaction was confirmed, officers arrested  26-year-old John David Cain, Jr. and 38-year-old Deanna Greer.

The Department of Children's Services took custody of the child.

Authorities locked both suspects up in the Greene County Jail and charged them with aggravated child abuse, child neglect and endangerment. They are each being held on a $150,000 bond.