Bryan Wayne Ivey, 28, was arrested in Cookeville on Thursday and is the eighth Tennessean facing charges tied to the Jan. 6 riots. 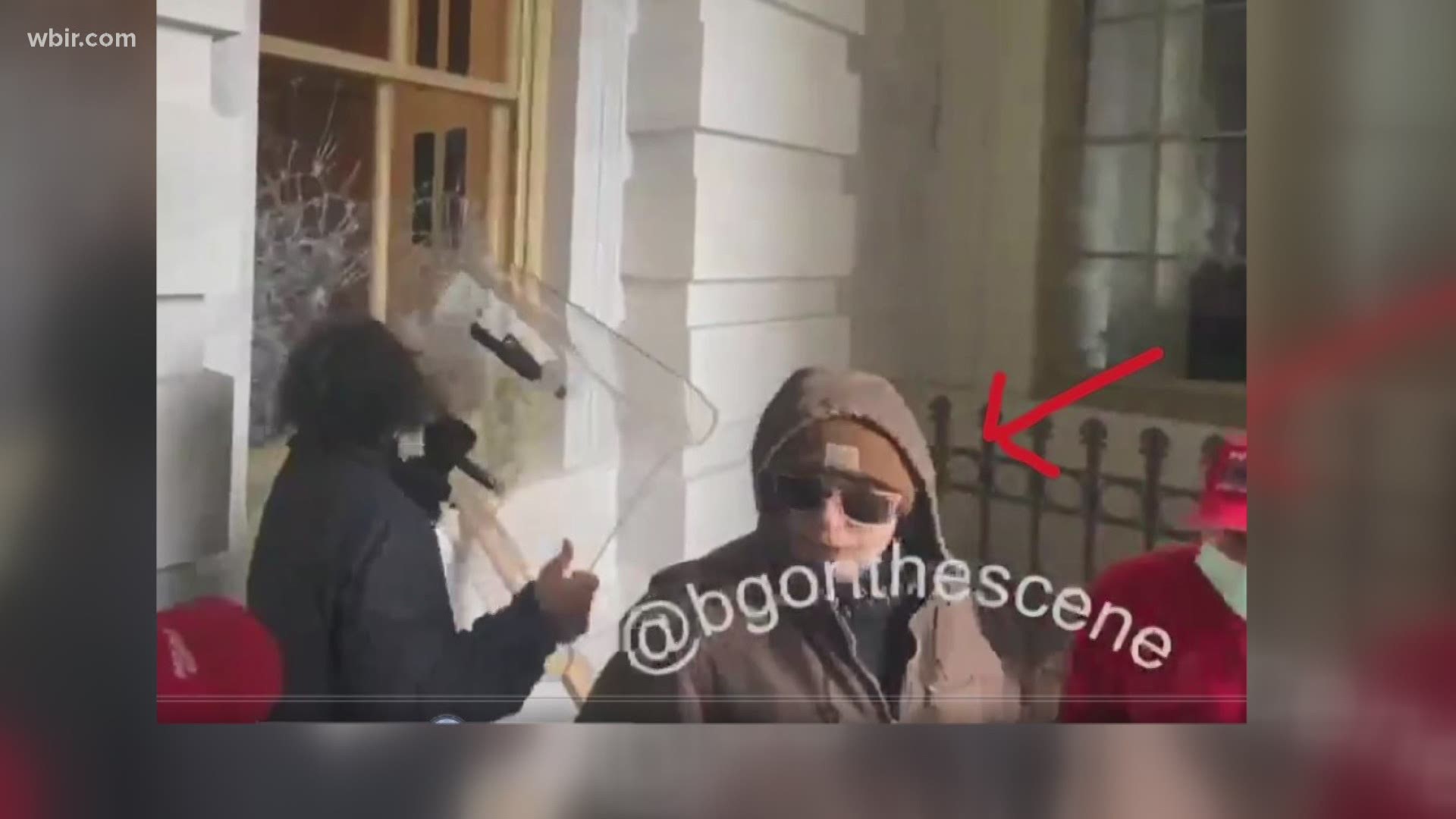 COOKEVILLE, Tenn. — A Crossville man was arrested Thursday morning in Cookeville for his alleged involvement in the U.S. Capitol riots.

An FBI affidavit shows a "concerned citizen" told investigators that Ivey had admitted to being inside the Capitol. The citizen also identified Ivey in a video taken outside the Capitol with someone attempting to break a window with a riot shield.

Records show investigators then saw Ivey on surveillance footage entering the Capitol through the window that was broken and going over to a nearby door to help others coming in the building.

The U.S. attorney for the Middle District of Tennessee released these pictures on social media.

Bryan Wayne Ivey, 28, of Crossville, Tennessee, was arrested by FBI agents this morning in Cookeville, Tennessee on charges related to the U.S. Capitol riots on January 6, 2021 . He will make an initial appearance before a U.S. Magistrate Judge in Nashville later today pic.twitter.com/7ik83u0A3S

Ivey is the eighth Tennessean facing charges tied to the Jan. 6 riots.

Crossville city councilman Rob Harrison said he’s not shocked that someone form the area was arrested but questions the logic behind Ivey’s actions.

“I understand your passion and frustration but… what were you thinking?” said Harrison.

Ivey appeared in federal court in Nashville via teleconference. The Associated Press reported he waived his right for a preliminary hearing in the Middle District of Tennessee but retained the right to request a hearing, where he will be prosecuted in Washington D.C.