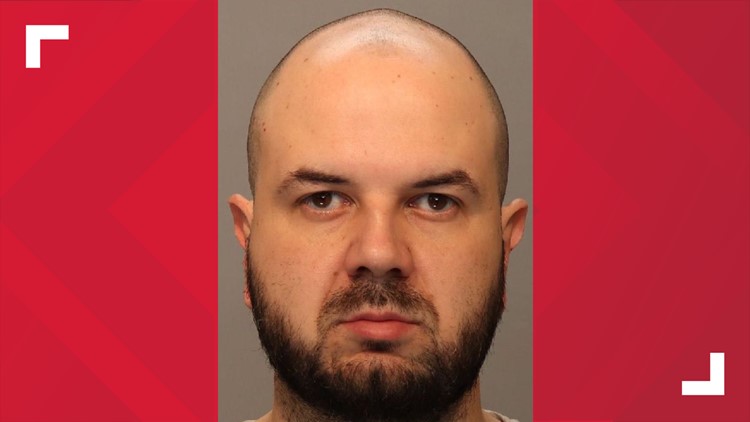 Photo by: KCSO
McKenzie Lashley is charged in the deaths of two women in 2019 on I-40.

Knoxville man charged in deaths of 2 women on I-40

KNOXVILLE, Tenn. — A Knoxville man with a history of alcohol-related arrests is accused in the March 2019 traffic deaths of a woman who stopped along eastbound Interstate 40 after a crash and the driver who went to help her.

McKenzie B. Lashley, 32, was booked into Knox County custody Wednesday on counts that include vehicular homicide, reckless endangerment and driving under the influence.

He's accused of killing motorist Sarah Kasunic of Pennsylvania and Ashley Moore of Goodlettsville, Tenn., early March 23, 2019, on eastbound I-40 near Papermill Road.

RELATED: Good Samaritan among 2 killed in wreck on I-40 East in West Knoxville over the weekend

Kasunic had stopped after being involved in a crash shortly after 2 a.m. March 23, according to police. She was a traveling registered nurse.

Moore stopped to help, according to authorities.

Lashley hit and killed both with his vehicle, charges allege. Moore died at the scene and Kasunic was taken to University of Tennessee Medical Center, where she died.

Lashley was convicted of DUI in 2011 in Knox County. He was arrested while driving near the Cumberland Avenue Strip.

He was driving without his headlights and couldn't keep the Nissan in his lane.

He said he'd been drinking at the nearby Tin Roof bar. After he was stopped, he told an officer,

After he was arrested, he said, "I guess I shouldn't have been driving drunk," court records state.

In June 2009, Lashley appeared to be so intoxicated he could barely walk, court records state. Police found him stumbling around 22nd Street and Highland Avenue in Fort Sanders.

He was a couple days shy of his 22nd birthday, records show.

"The defendant stated he was too intoxicated to be walking around," a charge states.

Kasunic was an organ donor; a young cardiac patient received her heart. A GoFundMe page raised more than $20,000 for funeral expenses for her from several hundred donors.