Surveillance video revealed the dog was tied to a vehicle and dragged around the church parking lot the night before by two people in a white vehicle. 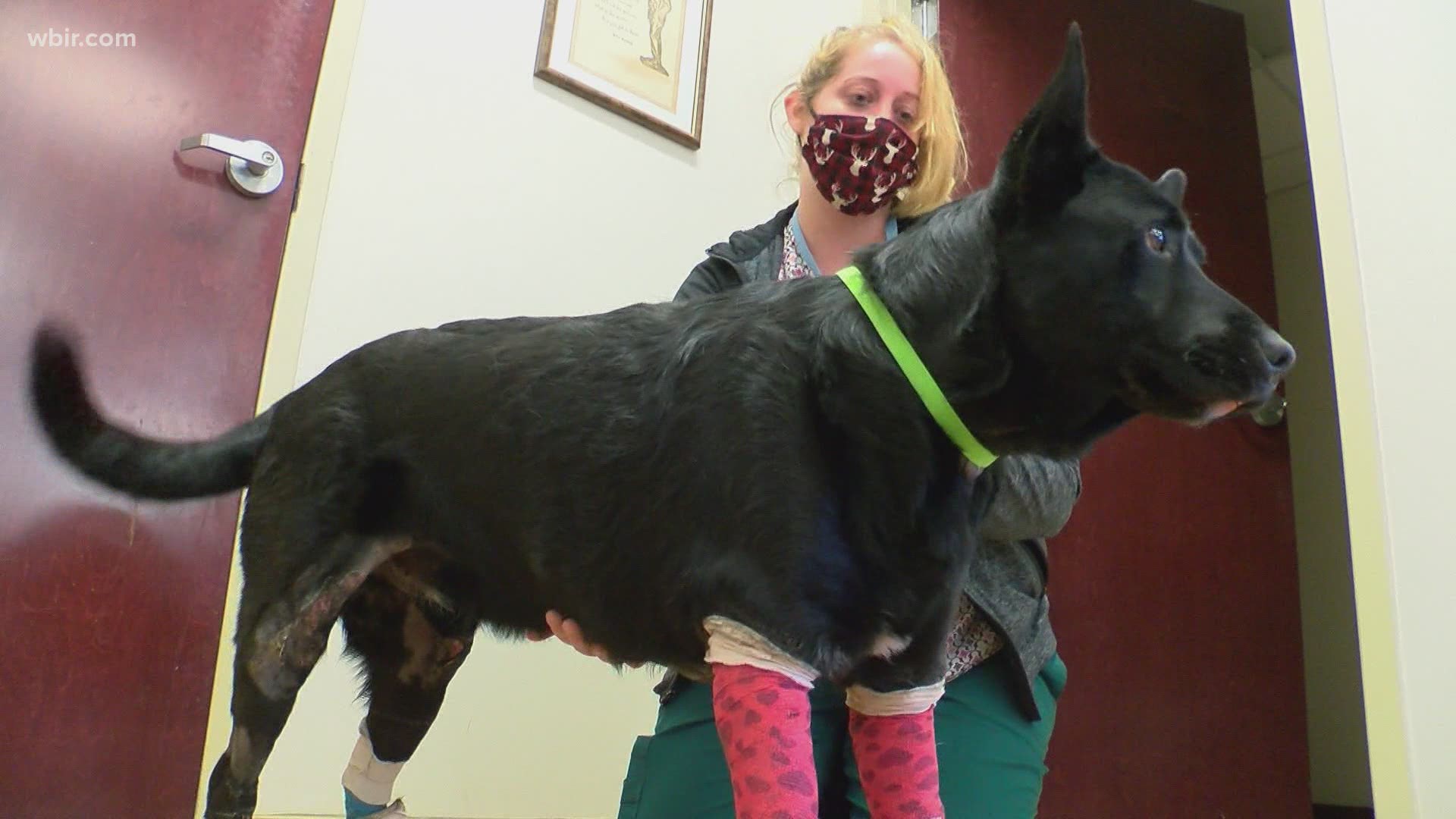 KINGSPORT, Tenn. — A reward of $2,500 is now being offered for the arrest of the suspects in the case of a dog being dragged by a vehicle in Sullivan County.

A German Shepherd Mix named Church was found at Gospel Mission Church on January 29. Surveillance video revealed the dog was tied to a vehicle and dragged around the church parking lot on January 28 by two people in a white vehicle.

The dog now named Church is "slowly getting better," according to veterinarian Dr. Gary Andes.

"It's in good spirit but the dog has some major injuries and it's going to take a long time for it to heal," he said.

Church suffered injuries to his ankles, knees, and chest. Andes said he must fully heal before someone can adopt him.

If you have any information on the individuals involved in this animal abuse incident, you're asked to contact the Sullivan County Sheriff's Office.