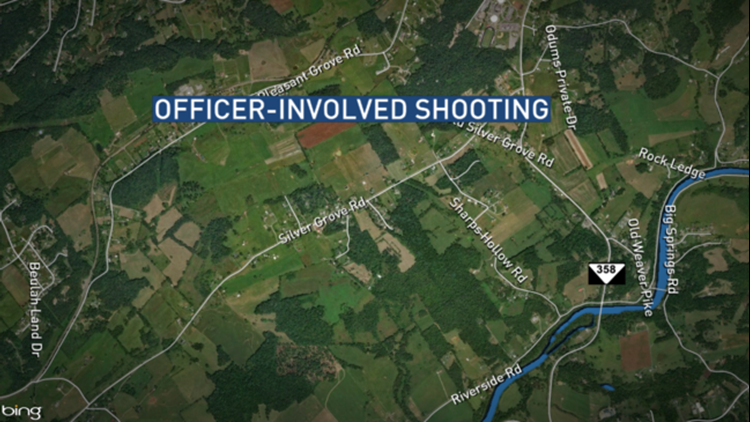 TBI: Authorities returned fire, killing man who shot at Sullivan County officers during and after chase

Tennessee Bureau of Investigation agents responded to the shooting around 2 p.m. Tuesday.

The TBI released its initial investigation and said officers with the Sullivan County Sheriff's Office and a Bluff City Police officer had been involved.

According to the TBI, deputies had received information that a man, identified as 30-year-old Attilio Gilmartin, had active warrants out for his arrest and was in the area of Highway 75 near the Tri-Cities airport.

The TBI said deputies spotted Gilmartin driving a maroon Suzuki Forenza and initiated a traffic stop just before 1 p.m. At that point, the driver reportedly led officers on a chase along Highway 75 and Highway 394 near Blountville.

At some point during the chase, the TBI said Gilmartin began shooting at deputies from the moving vehicle before reaching the 900 block of Silver Grove Road.

Deputies ordered the man to get out of the vehicle, and the TBI said he got out, grabbed a gun and began shooting at officers. The officers returned fire, hitting Gilmartin.

The TBI said Gilmartin was pronounced dead at the scene and no officers were hurt.

Special agents and forensic scientists are working to gather information in the investigation and will released its findings to District Attorney General Barry Staubus for review.