Michael LaPaglia will spend 18 months in prison for selling prescriptions without authorization to drug customers. 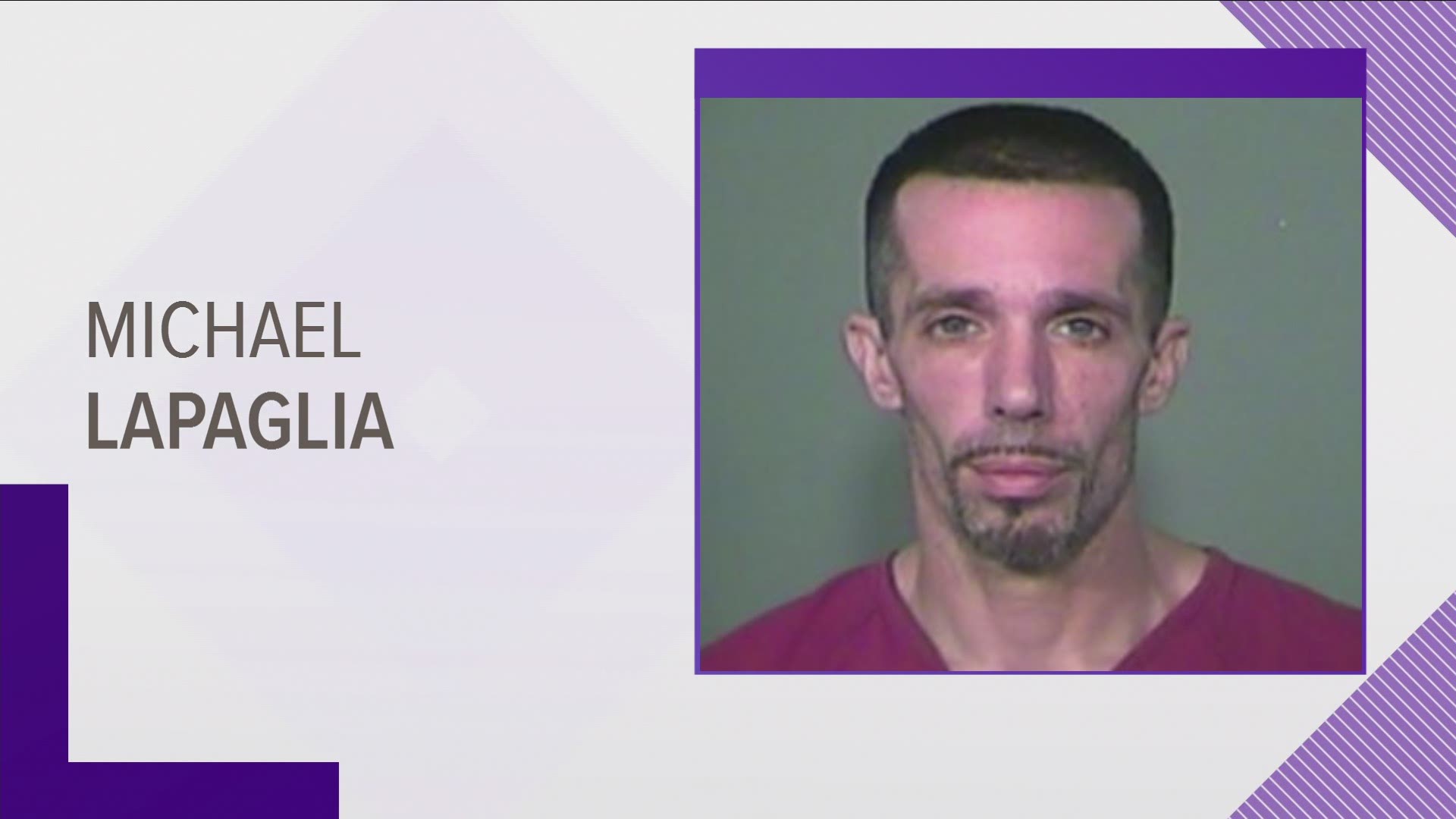 KNOXVILLE, Tenn. — An East Tennessee doctor will spend 18 months in prison for selling prescriptions without authorization to drug customers.

Michael LaPaglia, 49, pleaded guilty in 2018 in U.S. District Court in Knoxville to a count of conspiring to distribute controlled substances and a count of making a material false statement in the delivery of health care benefits.

He was sentenced May 27 by U.S. District Judge Katherine A. Crytzer.

LaPaglia lost his authority to write prescriptions, so he wrote ones signed by another doctor, the government alleged.

He would meet patients at his home or in a parking lot of the McDonald's in Fountain City, for example, handing off the controlled substance prescriptions there.

"Customers were charged $300 cash per monthly visit.  The customers would then take their prescriptions to be filled at pharmacies, where a number of them used their health insurance to pay for the controlled substances," a government release Wednesday states.

The Tennessee Board of Medical Examiners also investigated LaPaglia's conduct in 2019, finding him guilty of recruiting patients from former healthcare facilities of employment, seeing patients in his own home or at business parking lots and "writing prescriptions on pre-signed prescription sheets or forging blank prescription sheets...," TBME records state.

This isn't the first time LaPaglia has come under scrutiny.

In February 2010, he played a role in the illegal body search of suspect Felix C. Booker in Anderson County, court records show.

An Oak Ridge police officer stopped a vehicle that Booker was riding in. The officer suspected he was hiding something. He found what appeared to be drugs in the car.

A detention officer stripped Booker naked. A supervisor and the district attorney directed him to take Booker to the hospital for an exam, according to records.

No one secured a search warrant to check inside Booker's body.

At Methodist Medical Center, LaPaglia used his finger to try to inspect Booker's rectum, according to records. Booker resisted and objected.

Then, LaPaglia had a nurse inject Booker with 10 milligrams of midazolam, a sedative and muscle relaxant. The doctor felt something but couldn't retrieve it, and Booker continued to resist.

Finally, LaPaglia gave Booker 20 milligrams of another sedative and 125 milligrams of a paralytic agent. He also put a breathing tube in Booker's throat so he'd be able to breathe.

"This search was successful and LaPaglia removed a white object from Booker's rectum," a ruling from the 6th Circuit U.S. Court of Appeals states.

A federal grand jury indicted Booker for possession of crack cocaine, and despite his lawyer's efforts, the search was found to be legal and he was convicted.

On appeal in 2015, however, the case against Booker was thrown out.

The appellate court in Cincinnati found, in part, that LaPaglia had acted at the behest of Anderson County authorities and that the rectal search was illegal.

A domestic dispute between LaPaglia and his girlfriend led to Knoxville police discovering marijuana in LaPaglia's Fox Cove Road home off Pellissippi Parkway in September 2013, according to warrants.

Police found, among other things, 45 quart-size mason jars with marijuana, a grow light, a scale, a ledger indicating sales and amounts and 127 glass pipes, according to records.

In 2014, LaPaglia was put on judicial diversion on two counts of drug sales, records show. In February 2018, the cases were dismissed because he'd successfully stayed out of trouble and met the terms of his judicial diversion.

As a result of his Knox County Criminal Court case, LaPaglia had surrendered his DEA Registration Number. That's why he couldn't write prescriptions.